Modern neuroscience-based therapies can help resolve trauma faster than ever

By Psychological Society of South Africa on 2 October 2019 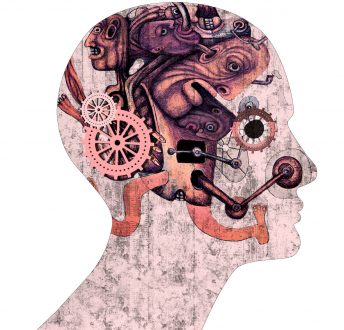 Contact crime continues to increase in SA, up by 2.6% in 2019. Debilitating post-traumatic stress disorder (PTSD) is often the aftermath and it can be difficult to understand what’s going on, in order to help the affected person, despite this having to do with the way an ancient part of the brain works.

The ‘lizard brain’ refers to an entire brain region which is evolutionarily the oldest part of the organ. It’s part of the Triune Brain proposed by Paul D. Maclean in the 1960s and includes the brain stem, amygdala and cerebellum. This was the only brain our most ancient ancestors had. As such, it was responsible for maintaining every essential bodily function, including feeding and breeding and responding to threat.

In our modern brain, it is still the ‘first responder’ to anything that triggers instinctive behaviours. Those behaviours may be innate or acquired but they are always beneath the level of conscious control and a good example is that when you accidentally knock something from a shelf, for instance, you instinctively try to catch it without pausing for thought. It’s exactly the same with our responses to threat, anger, and other stimuli – we can control what we do with them but are powerless to prevent them from arising in the first place.

There are three specific aspects of this part of the brain, particularly the cerebellum, that are of vital importance as far as PTSD is concerned. The first is that it stores patterns of stimuli and responses to be referenced for future events; the second is that any response must be discharged in motor action; and the third is that there is no awareness of the passage of time – if something was, it still is.

Key is the fact that we can only be consciously aware of one thing at a time. So, a mugger yells abuse at us, manhandles us and shoots a gun in the air, and we try to do what he says to keep safe. But because the threat still exists, the lizard brain creates ever more responses that we just don’t notice and if any one of them is not discharged, it remains as a kind of ‘pseudo instinct’ that can be triggered by anything that echoes a part of the original trauma. So, when we hear somebody shouting later on, even a friend, that pseudo instinct becomes active, maybe violently so, creating with it a vivid recall of the relevant part of the event… and we call that process a PTSD flashback.

But it’s a reminder of only a part of the trauma, not the whole thing. The pattern is incomplete so the response cannot achieve its purpose, which is to remove the organism from danger. So as far as the lizard brain is concerned, the threat to survival still exists. We are still at risk.

It’s a simple but totally effective survival tactic. An instinctive response is only created if it’s needed; and if it’s needed and not acted upon, then as far as the lizard brain is concerned, danger increases. The result is that whenever the tiniest thing parallels some part of the original event, the full response will be retriggered. It often includes one of the most common of PTSD responses, anger, which is directly associated with survival. Anger is a 600 million-year-old fundamental aggression response to fear, and it’s driven by that lizard brain recognising danger. It’s an oddity that during the trauma itself, anger might not be acted upon or even noticed if the focus was on flight rather than fight.

This can lead to apparently irrational and over the top outbursts:

Somebody screams abuse at another person over a minor transgression.

An individual collapses in tears when somebody raises their voice just a little.

A driver is triggered into a violent road-rage attack when somebody overtakes them on the wrong side.

The reason for such reactions is that the energy associated with whatever is happening now is added to the energy of the undischarged instinct that has been waiting in the lizard brain for the opportunity to ensure our safety. That the current event is minor by comparison is of no consequence, since the lizard brain has no capacity for logical or rational thought. If the current trigger creates one gram of energy and the original event created one kilo of it, then one kilo and one gram is going to be vented… or to put it more succinctly, when somebody shouts at us, we want to kill them or just run for our life.

PTSD is not only completely disabling in many cases, it has also been notoriously difficult to resolve in the short term. Fortunately, there is now an effective and fast intervention in the form of BWRT (BrainWorking Recursive Therapy) which mimics the normal processes of psychological assimilation of ideas. It removes the need for extended debriefing sessions, instead ‘overwriting’ the original stimulus so that it no longer exists in our lizard brain as a need for motor action and is referenced only as a memory – and that’s exactly the process that occurs when an instinct is discharged in motor action at the moment of generation.

PTSD has long been considered an inevitable result of trauma, and perhaps it is.  But modern neuroscience-based therapies can resolve it faster than ever before.

Terence Watts is a Fellow of the Royal Society of Medicine (UK), Member of the City & Guilds Institute of London (UK), Founder of The British BrainWorking Research Society, The Terence Watts BWRT Institute and the Essex Institute of Complementary Health.