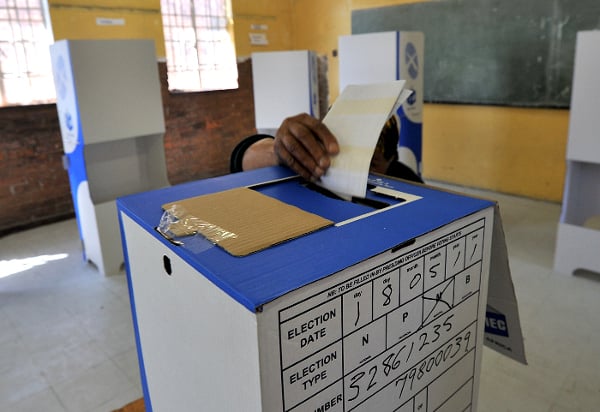 Dear Premier Alan Winde, I am a serial Democratic Alliance (DA) voter. In truth, provincially at least, I have never voted for any other political party. As you are no doubt aware, Western Cape voting records will show that I am not exceptional, but from my perspective at least, a rather depressingly mundane Cape citizen.

Whereas no party is perfect, to me at least, the DA represents sound policy judgment, a safe pair of hands, clean governance, and a genuine desire to make our country better for everyone who lives here regardless of their race, religion or culture.

Turning my back on the DA

In the run-up to the last election, however, I was placed in an entirely unnecessary predicament — the DA forced me to choose between my loyalty to them and the values I aspire to. Principle won and, like many in my social network, I split my vote, rejecting at a national level what the DA was becoming.

Whereast Mmusi Maimane became political chaff, blown this way then that by the winds of racial populism, Terror Lekota stood firm. Vastly outnumbered, mercilessly heckled and abused by a racist parliamentary lynch mob far too accustomed to carrying the day with crude conduct rather than the weight of an argument, he manfully stood his ground, defending the values of the rainbow nation which had personally cost him so much to win.

I do not know how many votes he won or lost that day, but one white South African will remember forever, with deep humility, the proud black South African who endured that onslaught for me and for others just like me. Nationally, I voted Cope. It seemed the very least I could do to thank him. But I digress…

Shortly after the last vote had been counted in the 2019 general election, the DA’s soul-searching began. Nationally, the DA had shed 11.5% of their votes when compared to 2014, whereas in the Western Cape they had shed 9.5%. It could have been worse. Fortunately for the DA, their past achievements still counted for something and many voters echoed Ivo Vegter’s sentiments – “Why I’ll hold my nose and vote DA”

Their first electoral decline forced the DA into formal introspection and when the dust settled their leadership was gone.

What the DA needed an enquiry to determine, their voters had been screaming at them, unheeded, for months. Aside from poor leadership, the internal enquiry highlighted three things: Helen Zille igniting a divisive national debate with controversial tweets, the party entirely misreading the views of their voter base on the populism versus liberalism principle, and the antagonistic treatment of its traditional supporters on social media, with Phumzile van Damme and others declaring “good riddance to bad rubbish” while encouraging them to vote for other parties, most notably the Freedom Front Plus (FF+).

Fast forward 18 months and history is repeating itself.

Once again, Zille has stirred controversy with a tweet and the party has its head in the sand. This time, it’s pretending to the outside world that Cape independence hasn’t become “a thing”, notwithstanding that it now has extensive support within the Western Cape DA. Somewhat inevitably, Van Damme is unilaterally declaring that the party will never support independence, and DA voters who do should support the Cape Party. That a 2019 poll suggested this sage advice was being given to 66% of Western Cape DA voters did not seem to matter much. Is any of this sounding familiar to anyone?

So where does this leave the DA in the Western Cape?

The answer is staring down the barrel of minority provincial government. Cape independence is no longer a fringe concept supported by ethnonationalists. It has crossed over into mainstream politics, with lockdown providing the final piece of the puzzle. What does the future look like under a corrupt, incompetent ANC government, intent on centralising power at all costs? No need to wonder. The future is here!

Leaving South Africa is something that nearly every family has now considered. For some, that means emigration. Increasingly, for others, that means an independent Cape. Membership of independence movements has increased by more than 400% in 2020 and now accounts for nearly 15% of the Western Cape electorate.

The next time the province goes to the polls, at least three political parties will be campaigning on an independence ticket. The FF+, representing white and coloured Afrikaners, has already called for a referendum in the provincial parliament, the Cape Coloured Congress has been formed by coloured leaders on the Cape Flats, and the Cape Party has increasingly strong support among the middle classes. All of them are primarily targeting DA voters.

The elephant in the room – Cape independence

What does the DA have to say about independence? Virtually nothing. You, Premier, have been completely mute on the subject, despite many of your senior colleagues supporting the idea. Privately, I strongly suspect you do too, although your interim leader’s recent public comments were all at sixes and sevens. He held that it would probably be illegal, when most scholars of international law on the subject completely disagree with him, and he suggested Western Cape taxpayers would be worse off when, in fact, they would be vastly better off.

Would independence not be entirely consistent with the liberal principles upon which your party is built, and would a refusal to openly debate its merits not be complete anathema to them? A recent Progress SA survey found that the growing desire for Cape independence was premised upon four principles: genuine democracy, economic freedom, non-racialism and the rule of law.

So, I ask you again Premier, I am a DA supporter and I want Cape independence. How must I vote?