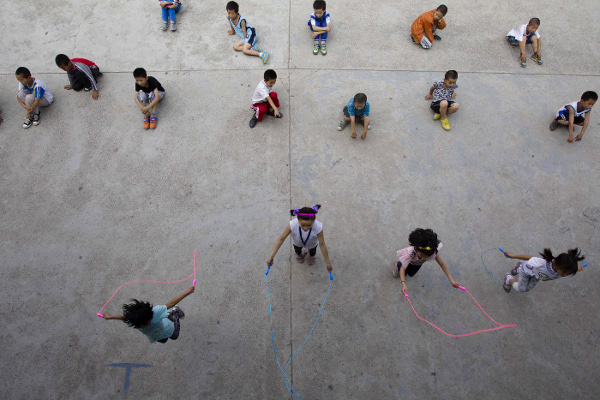 We love a good catchphrase. The problem is that most catchphrases are as common as a church mouse (which is, apparently, very common), and often, incomprehensible. The worst of the pandemic catchphrases is both of these: “The new normal”.

I am increasingly hearing this phrase in discussions about a post-Covid-19 world, usually after a five-minute rant on the injustices of having to wear a mask when leaving the house and how it makes people feel like criminals. Medical criminals, presumably, but criminals nonetheless. Even worse is when that neighbour know-it-all, hoping to sound philosophical, says: “We will never (ne-vaaah) return to normal”.

As if life was “normal” in the first place. Besides, if we never return to normal, well that would then become normal, and if the new normal is different from the old normal, how can any of it be normal?

Still, we seem to be obsessed with the concept of normality and defining our lives with it, presumably due to the word’s underlying representation of the “ideal”. Interestingly, this can be seen in the word’s Classical Latin root, normali, which means “made according to a carpenter’s square”. Something perfect, that we aspire to, that we set rules to. So, normal is not simply typical, but can also be ideal (which is, of course, far from typical – isn’t English beautiful).

Regardless, I suspect that this obsession lies only with the middle-class, where the concept of a “normal” life is vastly different to everywhere else and is cocooned in the safety of mediocrity. The mundanity and routine of life provides the illusion of the normality that we aspire to, meanwhile for the majority of the country, normal (ubiquitous and not ideal) involves avoiding being raped daily, gross domestic violence, violent crime, unemployment and poverty. For these people, yes, let’s hope we never return to normal.

The real point, however, is that “normal” whether as a representation of either the regular or the perfect, simply doesn’t exist. Society, politics, science, technology, education, relationships and everything else with which we define our modern existences, are not immutable and certainly have no theoretical continuance to warrant being called normal. It all evolves, shifts, morphs and transforms. Social structures and mores change; how we shop, work, educate, date and even have sex is in constant flux. Hell, even the words we use change so often that the concept of normal language is preposterous.

“We rest; a dream has power to poison sleep.
We rise; one wand’ring thought pollutes the day.
We feel, conceive, or reason; laugh or weep,
Embrace fond woe, or cast our cares away;
It is the same: for, be it joy or sorrow,
The path of its departure still is free.
Man’s yesterday may ne’er be like his morrow;
Nought may endure but Mutability!”

Of course, we know what is meant by “the new normal”: that the pandemic will dramatically change how society functions from this point forward and a new way of doing things will be adopted. People believe that the pandemic has inalterably shifted consciousness and forced us to finally open our eyes to the evils of humanity and the incredibly poor way we treat each other, and will radically impact social interaction… forever. Our isolation, they argue, has caused a shift in the way nature interacts with us, we seem more aware of our impact on the planet and the value of family, how little we actually need, and the importance of universal healthcare. We are now finally convinced that we are a global family and that we all have the same vulnerabilities, dreams and wants. The pandemic has been the wake-up call that we have so desperately needed and we simply cannot go on the way we have been and therefore, “we will ne-vaaah return to normal”.

Sounds wonderful, and as much as I want all this and an even more idealistic dream (I was hoping for complete revolution: the tearing down of all socio-political structures, a complete overhaul of our economic theories and the creation of a truly global citizenry), it is extremely unlikely to be the case. I say this for two main reasons: firstly, as much as we are trying to make coronavirus a world changing, globally historical catastrophe (God knows we are giving it our all), it simply isn’t. It lacks the horror of a zombie apocalypse and the weight of numbers of a truly society changing event. Simply, it is just not deadly enough. Secondly, history, overwhelmingly, proves otherwise. When faced with significant threat, society tends to unite and respond, and when the threat is eradicated (assuming it is, and Covid-19 certainly will be), we pick up where we left off, perhaps with a slightly altered practical framework.

Society, for example, undoubtedly changed in the aftermath of the World Wars, or during the Cold War, or post the Spanish flu, 9/11 or the release of Nelson Mandela or many other events, but no-one felt it necessary to define this change as “the new normal”, and the change was organic, expected and happened in response to the on-the-ground effects of the change-causing event. The 14th-century Black Death, for example, caused millions of deaths across Eurasia and dispersed the largest territorial empire in history (the Mongols), resulted in altered financial systems in Europe, and motivated cross-continental exploration that led to colonialism (and that sure as hell resulted in a messed up normal). But our social (i.e. the person on the street) values, ethics, wants, desires, dreams and ambitions stayed largely constant, and remained an important part of the ideal of normality. A significant reason for this is because we are all striving for the same thing: happy societies with as much security and individual freedom as possible.

Similarly, weren’t we all expecting a “new normal” after the financial crash of 2008 with a complete restructuring of the financial system? Well, the new normal was the same as the old normal and neither is/was ideal.

If we are going to entertain this ridiculous notion, it could certainly be argued that the “new normal” arrived long before Covid-19, certainly politically where we are seeing a far more terrifying normal than being caused by the pandemic, with right-wing politics, nationalism and isolationism being seen as “normal”. Let’s see which kills more: the new normal political ideology or the virus.

Of course a lot depends on the path of the virus and where it actually takes us. The Atlantic recently put it well, saying that “the only viable endgame is to play whack-a-mole with the coronavirus, suppressing it until a vaccine can be produced. With luck, that will take 18 to 24 months. During that time, new outbreaks will probably arise.” The article went on to say that this disruption will most likely last a couple of years.

But, wait for it: disruption is normal.

Don’t get me wrong, it is obvious that the pandemic has affected our lives. Covid-19 is putting the global economy into a tailspin. Many countries are heading for very sudden and severe recessions. This crisis will catalyse some huge changes. Few industries will escape deep reformation and restructuring. Artificial intelligence, remote working, robotics and scalability will be part of the more meaningful catchphrases, and these will define future success – though of course this would have all been the case sans pandemic.

The Western economic system is under threat and the downturn that is already being seen, will undoubtedly benefit the Asian markets, especially the likes of China and South Korea. This shift in economic power, and a likely Western depression, will increase already rising nationalism and protectionism. The World Health Organisation will most likely undergo radical reform and the creation of other global watchdogs and bodies is a real possibility. Truly global laws and incentives will need to be adopted to manage global crises like healthcare and sustainability. Science and technology will be boosted and I cannot see a future without universal basic income.

But, most of this is perfectly normal geo-political and social shifting. Much like our biological dependency on social and personal interaction, developed through millions of years of evolution, our social structures will readjust and expose the normal that we are looking for.

And why are we so obsessed with normal anyway? In fact, the vast majority of people would squirm at the thought of being normal. We want to be extraordinary, better than average and as far from normal as possible. We want to be the outliers, the smartest, the richest, the most attractive, the best. Anything, literally anything, but normal. And even those who have “normal” lives don’t label them as such.

If we really want to keep the idea of our “normal” life, or if we do indeed want a “new normal”, then we have to turn to ourselves, and not rely on a global pandemic to force the change.