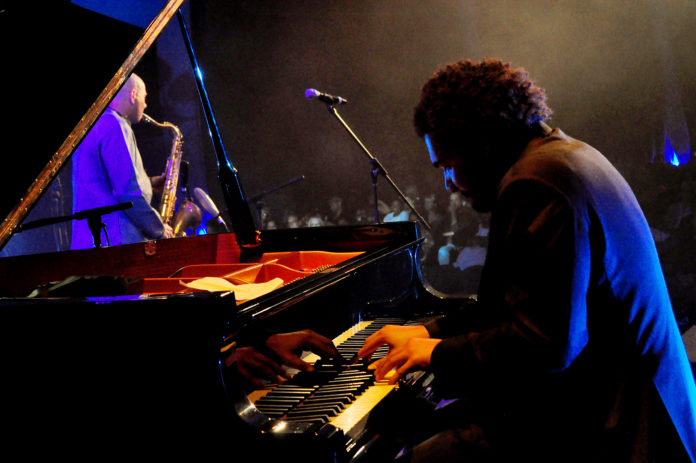 Global pandemics have a way of putting a mask over the mouth of artistic expression. Galleries, theatres and cinema are as absent as logic in an M Night Shyamalan movie or people in a Turner painting.

Meanwhile, we, the lovers of beauty, live our lives as if in a scene from Waiting for Godot. We sit patiently, apologetically, and wait for someone to mildly cough (that should clear a room) and ask: “Ahem, how will the art scene survive Covid-19? What extra funding is government making available for the sector? When will there be beauty again?” Of course, asking such questions in times of national emergency is akin to breaking the social isolation rules. The punishment, ironically, is being banished to isolation, where we, like Estragon, find ourselves searching for something to “give us the impression we exist”.

Yet, these are important and relevant questions. The arts must survive this pandemic, or we all run the risk of becoming one of George Miller’s War Boys from Mad Max. These poor emaciated, anaemic, cancer-ridden souls’ worst affliction is their cultural impoverishment. The wasteland in which they “live” has no books, no internet, no theatres, no radios, no music. Miller is making two important points here. First, that the wasteland persists partly because of the loss of culture’s beauty and ability to hold a mirror up to our better and worse selves, but, more importantly, that without the arts, society, and the individual, is in a horrid state and is prone to manipulation; a slow slide into religious fanaticism and a loss of personal identity. In the wasteland, a V8 engine has more value than a human body because of its perceived permanence. A little bloody Byron, Wilde or even Cummings would have put an end to the nonsensical horror and, perhaps, lilacs would breed in the dead land. Of course, then we would not need Imperator Furiosa, and who wants a world without Imperator Furiosa?

The cultural elite (yes, them) may find it somewhat odd that I have chosen to use a largely dialogue-less superhero-ish action movie to lament the precarious position of the arts in the time of a global pandemic (though, surely The Joker has put the superhero movie criticism, along Martin Scorsese, into a taxi and told the driver to go straight to irrelevance). The arts don’t just exist in the higher echelons of educated society and their benefits are felt by all, whether it is the graffiti under the bridges of downtown Johannesburg, a small slam poetry event in a smokey (yeah, our smoking laws aren’t the best enforced) club in Cape Town, or the Russian Royal Ballet company performing Swan Lake, or even a statue of Cecil John Rhodes under threat of decapitation, we are moved, given hope, relieved, medicated and enriched by art and all its wonders.

Arts and culture are not just beacons for the human spirit, illuminating our paths to fulfilment and enlightenment; it is the small glow that is in all of us; that fire that keeps our inner worlds warm, even when our outer worlds are freezing over. While this all may seem like a Tori Amos song, or a Jane Austen novel, it also has a very real effect on the economy, on our health and wellbeing and, of course, is central to our education system. Research has shown a clear and positive relationship between schoolchildren’s performance in maths and literacy, and their involvement with drama or music activities. The National Arts Council said: “We believe that in order for the arts to take their rightful place in stimulating socioeconomic development, not only in South Africa but across the continent, their intrinsic and instrumental value must be articulated simultaneously, and supported and promoted effectively to realise their true potential to inspire innovation. Once this is achieved, we will notice the far-reaching implications for positive and sustainable growth.”

Unsurprisingly, the arts are still undervalued, and as we will see in the post-pandemic rebuild, underfunded. But the debate on the value of art is more nuanced and is as old as Plato and Aristotle. Plato, obviously not a National Arts Council member, cautioned against a preoccupation with the arts, arguing that the arts corrupt (something I am sure with which Jacob Zuma and his penis would agree) and turn our attention away from what is important, to escapism. Perhaps it is even more sinister, with the argument being put forward that culture has a habit of entrenching and perpetrating existing notions. Aristotle countered Plato by highlighting some of the positives mentioned earlier, as well as the arts’ ability to educate and improve mankind. Plato saw a little black spot on the sun, while Aristotle was walking on sunshine, and so dichotomies on the value of the arts were created.

But it is now widely accepted that arts and culture have a tremendous benefit to society, even in areas where it was traditionally shunned, such as in the sciences. After all, don’t both science and art hold lenses to reality in search of meaning and the nature of being human? The arts, in all its forms, takes science and translates it into our hopes, dreams, fears and utilities. It transports us into both hedonic and eudaimonic dimensions. It helps us break free from our mind-forged manacles. Picasso said “the purpose of art is washing the dust of daily life off our souls”. But my favourite quote on the value of art comes from Georges Braque, who said: “Art is a wound turned into light.” We are certainly wounded, and most definitely could do with some light.

We will be inundated with post-pandemic poetry and prose, and movies, songs and dance that reflect our collective experiences of pandemic life. And it will be beautiful. It will almost certainly be sad, horrific, joyful and show the human condition through a multitude of lenses and media, with a cornucopia of words and musical notes and with an infinite amount of feeling emotion and insight. Because that is what art does. It makes sense of the senseless, it obliterates social differences (and emotional distancing) and helps us find our true selves.

It is because of all of this that I hope, in these bleak, Dickensian, and even Kafkaesque times, that the powers that be don’t forget that the arts are coughing and sputtering and are as much in need of life support as the rest of us. Art is idealism and, let’s face it, we could all do with a bit of idealism right now, especially if it is being brought to us on a War Rig being driven by Imperator Furiosa.