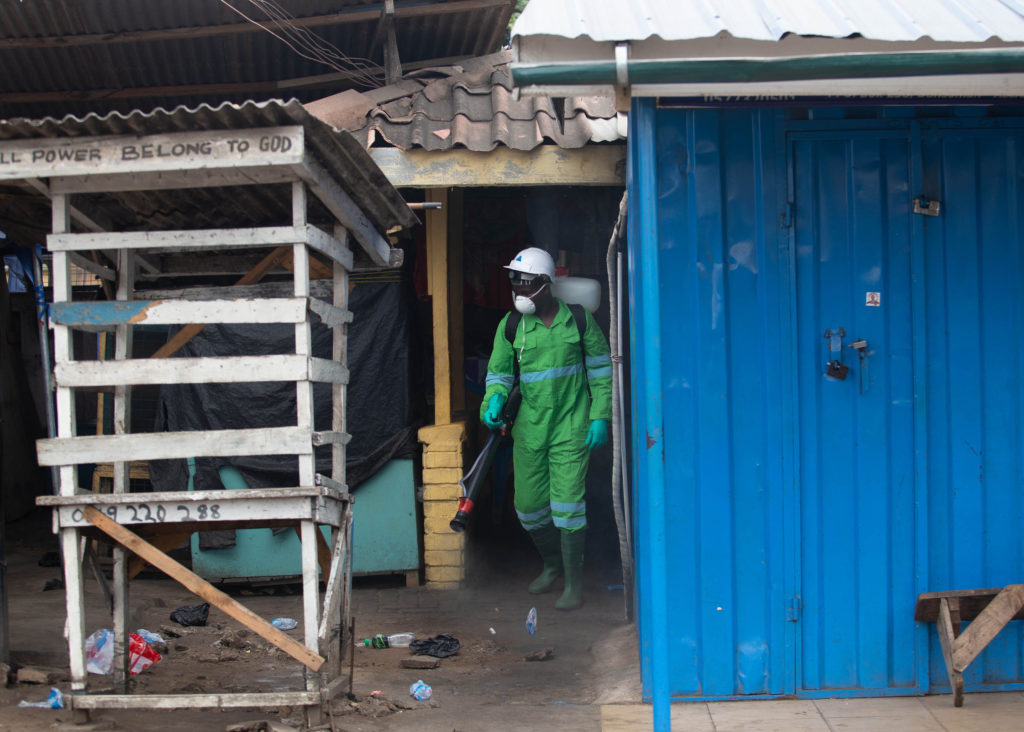 Underpinning a lot of our thinking about Covid-19 — and the actions that we should or shouldn’t take — are the numbers … You know, those widely misunderstood metaphysical constructs that Plato claimed existed in some mind-independent, abstract heaven. In fact, philosophically, we could argue that numbers are no more real than love, yet here we are deciding the fate of society on the numbers (and to a lesser degree, love). And even if numbers do exist, we humans are woefully innumerate.

The number seemingly of most importance is the number of people who Covid-19 has killed. This is the number that most news outlets lead with on the vast majority of Covid-19 stories, and it is usually followed with the numbers representing the rate of infection and the mortality rate.

The biggest problem with all these numbers is that they appear to carry meaning, when in reality they are close to being meaningless, mostly because they are extremely difficult to ascertain, with data collection being questionable, at best. But also because, when looked at in isolation, they offer only a tiny view of the colour-by-numbers portrait of life, with the more grey social, psychological, political and evolutionary factors painting the complete picture.

Isolating the numbers leads to one-dimensional thinking, such as the often-heard argument that we are overreacting to the pandemic because more people die from flu annually. We may well be overreacting, but it is unlikely that you can come to this conclusion by simply looking at the virus’s mortality rate. On top of this, the manner in which the number is presented to us is undoubtedly serving an agenda, and nothing serves an agenda better than a number with lots of zeros.

Of course, these numbers are important to understand the threat we are facing. As of time of May 5, according to the Johns Hopkins dedicated Covid-19 resource page, there have been 3 606 038 reported cases. Of these, 252 151 people have died, representing a mortality (case fatality) rate of almost 7%. This is where many people stop with their analysis, but Covid-19 certainly doesn’t have a mortality rate of 7%: there are undoubtedly a large number of non-reported, and hence non-fatal, infections.

The correct number reflecting the mortality rates of the disease, according to the World Health Organisation, (which is at best an educated guess), is 3.4%. This, coincidentally, means that 50% of infections are being reported (this number is considered to be much lower by many medical professionals). So there have actually been close to 7-million infections globally, or less than one tenth of a percent of the population.

Now that we have this number, what do we do with it and what does it really mean? Depending on where you get your news, 3.4% is either extremely low, or apocalyptic. Interestingly, if you are politically left-leaning you will probably sit on the apocalyptic side; if you are right-leaning then your foot is likely in the “open the markets, more people die annually from (insert the countless causes that kill more people than Covid-19) each year” camp.

The fallibility of the data is highlighted by the widely different death rates being reported by geographical region. According to the New York Times, “Germany’s fatality rate appears to be roughly one-tenth of Italy’s, and Los Angeles’s about half of New York’s. Among US states, Michigan, at around 7%, is at the high end, while Wyoming, which reported its first two deaths this week, has one of the lowest death rates, at about 0.7%.” This wide variation is unlikely explained by local conditions or response efficacy and virologists say that, there is no evidence that any strain of the virus, officially known as SARS-CoV-2, has mutated or become more infectious in certain regions.

So the discrepancies are probably simply due to muddy data. While the pandemic is in full swing, the mortality rate is too fluid to accurately gauge; this is further complicated by what we record as a Covid-19 death and any comorbidity the deceased may have had. If we really want to obtain an accurate figure on mortality, the best way is to model predicted normal deaths in a non-pandemic environment from when the virus began for 12 months and then look at actual total deaths. The difference will give us the best indication of how many people succumbed to the disease and its effects.

But is the mortality rate even the number that we should be looking at? As many commentators have argued, life is constantly faced with the lethal, and there are far greater threats than Covid-19 that haven’t caused the shutting down of entire countries. The reasons behind this are fascinating, although not the focus of this article. I will, however, ask one question: Why are governments around the globe ignoring the 7-million people (according to the WHO) who die annually from air-pollution related diseases?

The best insight that we can garner from the numbers is the disease’s progression rate: Is the spread of Covid-19 speeding up or slowing down? If we look at this, we can then gauge when the peak will be and prepare accordingly. The best way to do so is to take the progression rate of the daily number of cases or deaths. “If the daily number of cases rate of variation is positive … it means the outbreak is in its exponential phase and not yet under control,” states a post on the Towards Data Science blog.

This gives us a useful number with which we can make accurate predictions, but can we actually get such a number? There are myriad factors that influence this number and, in the case of South Africa, which went into early lockdown, we are unsure as to how the virus will progress post-lockdown. So where does this leave us?

Yes, it is important to understand the numbers related to severity of the virus and treat them with the respect that they deserve. However, there are other, equally important numbers to consider: the number of lives that will be lost to austerity caused by extended lockdowns, for example. As reported by The Guardian, more than 130 000 deaths in the UK since 2012 could have been prevented if improvements in public-health policy had not stalled as a direct result of austerity cuts — and this in a first-world country, taking only healthcare into account. The American Journal of Public Health reported that in 2000, 133 000 people died in the United States because of individual-level poverty.

The consequences of austerity measures in South Africa as a result of the lockdown (we are losing R13-billion a day) will be hard to gauge, but will almost certainly be severe. Already close to half the population lives on the upper-bound poverty line, according to Statistics South Africa.

We also need to consider the number of small businesses that will be forced to close, the rising unemployment numbers, the number of domestic-violence cases being reported, the number of suicides, and the number of people with mental health problems as a result of the lockdown. These are important numbers and should remind us that the quality of life is as important as the sanctity of life.

Of course, I am now dangerously veering into the discussion that has been somewhat simplistically framed as the choice between saving lives or saving the economy — as if the two were somehow separate. This is not what the discussion is about at all — the discussion is on how we best manage the crises in a manner that preserves overall wellbeing. Of course, the economy plays a vital role in this and we should strongly consider its health and the effects of its poor health on the population. This is the capitalist way and if a capitalist economy sneezes, we all get sick.

In New York, as of mid-April, 72% of Covid-19-related deaths had occured in the over 65-age group, with over-75s owning nearly half of all deaths and over-45s claiming 95% of all deaths. It is clear that the virus largely preys on the aged. Austerity, however, has a different mortality pattern, with a wider spread of death across all age groups, with a significant focus on both the very young and the very old.

If the government’s decisions on tackling the virus are truly rooted in preserving life, then the more life in years that we can preserve, the better. In this analysis, a 10-year-old’s life simply has more value than an 80-year-old’s and, all things being equal, if  forced to choose, protecting the young should always take preference. We have more potential wellbeing here and hence more chance of achieving the greatest amount of wellbeing.

This may sound cold-hearted, certainly to older people: that is because it is. But society and politics has always been cold-hearted. We have either forgotten this, or are so well spin-doctored by the hegemony that we tend to ignore it. All lives are simply not equal. Especially when looking at the numbers and even more so when governments look at the numbers.

Talking of cold-hearted, this, of course, is an approach Charles Darwin appreciated. The pioneer of evolution wrote in 1871: “There is reason to believe that vaccination has preserved thousands, who from a weak constitution would formerly have succumbed to smallpox. Thus the weak members of civilised societies propagate their kind. No one who has attended to the breeding of domestic animals will doubt that this must be highly injurious to the race of man. It is surprising how soon a want of care, or care wrongly directed, leads to the degeneration of a domestic race; but excepting in the case of man himself, hardly any one is so ignorant as to allow his worst animals to breed…”

Had Darwin been alive today, he would have been the poster boy for the anti-vaxxers. But Darwin lived in different times and had he lived now, he may have acknowledged that working against nature to counter certain weaknesses may be the best approach, as it gives life and hence the potential to pass on significant strengths that would be to the overall benefit of the species. Enough great men and women have been cut down in their prime because of biological weaknesses to prove this.

But back to devaluing older people. It is clear that whatever we do as a country to minimise the effects Covid-19, we need to look beyond the basic number that is the number of deaths the virus will cause.

The numbers shouldn’t be the story: they should support the story. The story is as long as a Marcel Proust novel and as complicated as a James Joyce one, but it is imperative that we understand the numbers that we have and make sure they are the numbers we need. We also need sound ethical and philosophical frameworks through which to analyse these numbers and the conviction to stand by them.

Although the cynic in me believes that governments don’t really care about us minions, and are instead focused on paving their own paths to success and wealth, I do believe that there are governments out there that do believe in the true value of human life, but also in the value of the collective. It is these governments whose moral responsibility it is to push the granny off the bridge and onto the train tracks to divert the train that is headed towards the rest of us. And no, my attitude wouldn’t change if I were that granny. I am happy to sacrifice number one for the good of humanity and we all should be prepared to do so. Perhaps that is really the only important number. Number one. How do we use that number to help us all?