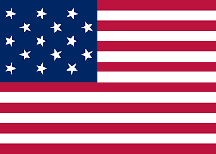 Rampant racism in the US, the land of the not so free

By Nikita Ramkissoon on 5 December 2014

I recently got my visa to visit the US of A. By recently, I mean three days ago. And as much as I’m excited for this much-anticipated holiday, I have many misgivings.

The woman behind the glass at the United States Consulate in Johannesburg looked stern as she asked me if I have reason to remain in the US, or if I have something to which I can come back home. I was puzzled, but I answered anyway.

In recent months, there has been a spate of racially-charged killings in which white police officers have killed unarmed black people on the suspicion of having weapons on them. These officers’ defence is that they thought the people they killed were dangerous.

One of the victims was a boy of 12, who was playing with a toy gun.

In 2012, a shooting occurred at a Sikh temple in Wisconsin, and the shooter’s defence was that he thought they were terrorists.

There are many other race-related crimes that have occurred in the US, mostly due to racial profiling.

The subtext here is that all non-white people should be treated as dangerous, whether they carry weapons or not or whether they are terrorists or not, just because “they look like criminals” or “thugs”.

In South Africa, a country that is considered “backward” by the “first world'”, we have many problems. Undeniable ones. We have a corrupt government and our society is quite conservative. But the Constitution protects its people.

In this so-called backwards country, my Muslim in-laws can go to any restaurant without fear of being called “Paki” or being assumed to be terrorists.

I can walk in public and reach for anything in my handbag without a security guard or police officer assuming I have a gun just because of the colour of my skin. I can wear traditional dress without people assuming I am stupid because my heritage is from the “third world”.

As much as I look forward to seeing New York City on my holiday, my husband will have to shave his beard so that he can get through airport security without being racially profiled.

I will be walking down your streets in fear of a white police officer assuming that me shooting with my Nikon camera is a terrorist act, just because I am brown. I will have to deal with the management at a coffee shop possibly refusing to serve us because my husband “looks Muslim”.

I will have to endure idiotic comments like “Which part of India are you from?” or “Do you have tigers in your back yard in Africa?” or “I have this friend in Egypt … do you know him?”

Land of the free? I don’t think so. I am more free here in “backwards” South Africa than you will ever be. So, yes. I have something to come home to.