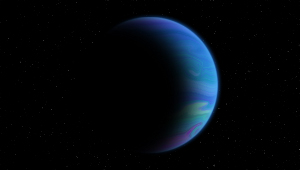 Last week I came across three numbers that left me numb[1]. Together they brought home the essence of the climate fix we’re in — and the massive profit margins that are riding on us failing to deal with the challenge.

In essence it’s about the amount of carbon we pump into the atmosphere, and the handful of corporates who’re hoping like hell we aren’t able to kick our fossil fuel dependence (and lobbying their asses off in case we get too close).

Here are the three numbers at a glance:

Basically fossil-fuel companies already have more reserves than what we can safely use. If they stopped exploring for new oil fields today, and sold off only what they’d already accounted for, we would still far exceed our carbon budget.

In other words, avoiding runaway climate change would require those companies to leave a large portion of their oil and coal reserves in the ground, unused and unsold.

If the opposite happens, if those companies are free to continue prospecting for new reserves, as they’re currently doing, we could theoretically blow our carbon budget four times over.

It all makes for a thoroughly disheartening picture: the business models of some of the world’s most powerful corporates are squarely at odds with planetary limits. And despite already having more oil, coal, and gas than we can safely burn, the likes of Shell are actively looking for more — take their recent accident-prone Arctic exploits for example.

Taking recent emission rates into account, we have roughly 13 years until we reach the limits of our carbon budget: after that we’re in the crimson red, forcefully pushing into the realm of runaway climate change.

And as this is happening, as these three numbers are sliding up and down, the profits of fossil-fuel companies keep climbing, and economists and policy makers applaud as our Jenga tower gets taller and taller: their eyes focussed on a completely different set of numbers, those preceded with fat dollar signs.

[1] The numbers and calculations in this post are all drawn from this infographic and the calculations for that graphic are all available here.