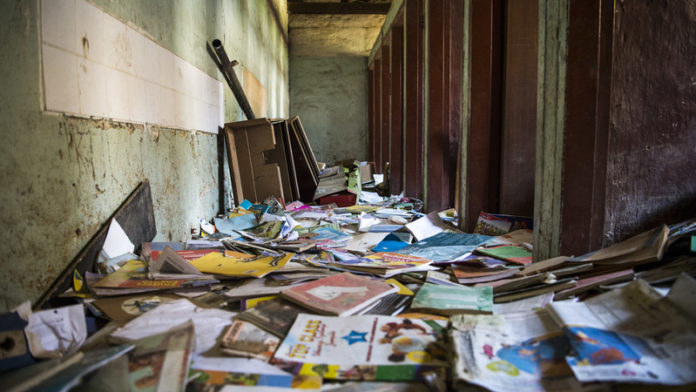 By Mandela Rhodes Scholars on 3 June 2020

The number of vandalised schools in South Africa during the lockdown period stood at 1 577 as at 19 May 2020, according to the Minister of Basic Education, Angie Motshekga. Barely 24 hours later, Kwazulu-Natal MEC of Education, Kwazi Mshengu, shared with his social media followers how Covid-19 essential goods were stolen in one of the schools in the province.

As I stumble upon these stories, I cannot help but wonder if there is still anything left for our learners to salvage? I ascribe my better socio-economic standing to obtaining a relatively better quality basic and tertiary education. Thus, I feel severely hit each time stories of this nature emerge. As the Minister was reading these stats, coupled with anecdotal evidence from social media platforms, I thought of learners whose hope of ever overcoming poverty depended squarely on access to quality education—the same education that is diminishing before their eyes.

In plain language, Section 29 of South Africa’s Constitution emphasises that everyone is inalienably entitled to basic education. If this is not convincing enough, education as the driver of human development is so big a necessity that even the United Nations (UN) recognises it as one of the Universal Human Rights.

Any chance of our rural and township school learners becoming active participants in the mainstream economy hinges on our commitment to avail top quality education. Research evidence shows that there is a correlation between one’s level of education and employment and/or unemployment status. Bluntly put, a tertiary graduate is more likely to find well-paying employment than someone who doesn’t have tertiary education. For example, according to one report, “the employment rate among 25-64 year-olds with a tertiary qualification was 85%, 30 percentage points higher than for those with only upper secondary qualification.”

Against this backdrop, why is it that our township and rural schools continue to be targeted by criminals? What does this say about the perceived value of education in these communities? Further, what does this say about our moral fibre as society? If indeed we see formal education as a vehicle that will drive our children out of the shackles of poverty and endemic economic inequalities, why steal from and vandalise the schools?

Our failure to view this as a matter of urgency will only perpetuate unequal educational achievements that have become a significant part of our schooling ecosystem. Because of these acts of criminality, it means a learner who was supposed to conduct Physical Sciences or Life Sciences experiments in their science laboratories, thereby enriching their learning experiences, will continue to be deprived of an opportunity to bring their subject matter to life. The likelihood here is that the majority of these learners may end up with diminished earning power compared to their peers, mainly white, in their former Model C and private schools.

A recent survey by an international research group reminded us that the majority of these learners are afforded insufficient instructional time—meaning they will fall further behind their peers in the cognitive domain. This means that they enter the job market or enrol at different tertiary institutions with huge knowledge gaps. Having been one of those learners myself, I can attest to this. Owing to my basic education background, there were innumerable basic subject concepts which I did not know when I enrolled for my undergraduate studies in 2010.

There are also unintended psycho-emotional effects at play here. If teaching and learning are practised in socially unstable environments, the academic success of learners suffers. In her review of over 300 studies associated with the academic achievement and the psychological wellbeing of children, Bianca Gräbel concluded: “higher levels of psychological and emotional wellbeing also show higher levels of academic achievement.”

Our delay in addressing this problem means whatever money the DBE was supposed to use to build a new school or recreational facility for our learners will be redirected to fix what wasn’t supposed to be broken in the first instance.

Obviously, reading about this problem doesn’t hold a candle to acting on it. To achieve this, we need to strengthen the security in our schools. Our schools can achieve this by establishing strong partnerships with community policing forums. Because of their influence in society, perhaps the use of media personalities as ambassadors of targeted schools can serve as a deterrent. In their role, they can promote the role of education and schooling in emancipating the youth and why schools should be protected. Harsh sentences to those who are found guilty should become a norm and the sentencing should be broadcast on different media platforms to send a strong message to others. South Africa needs more initiatives like the Gauteng’s “O kae molao” which translates to ‘where is law’ as a reminder that law enforcement in South Africa is highly prioritised.

Published in Equality, Health and Lifestyle