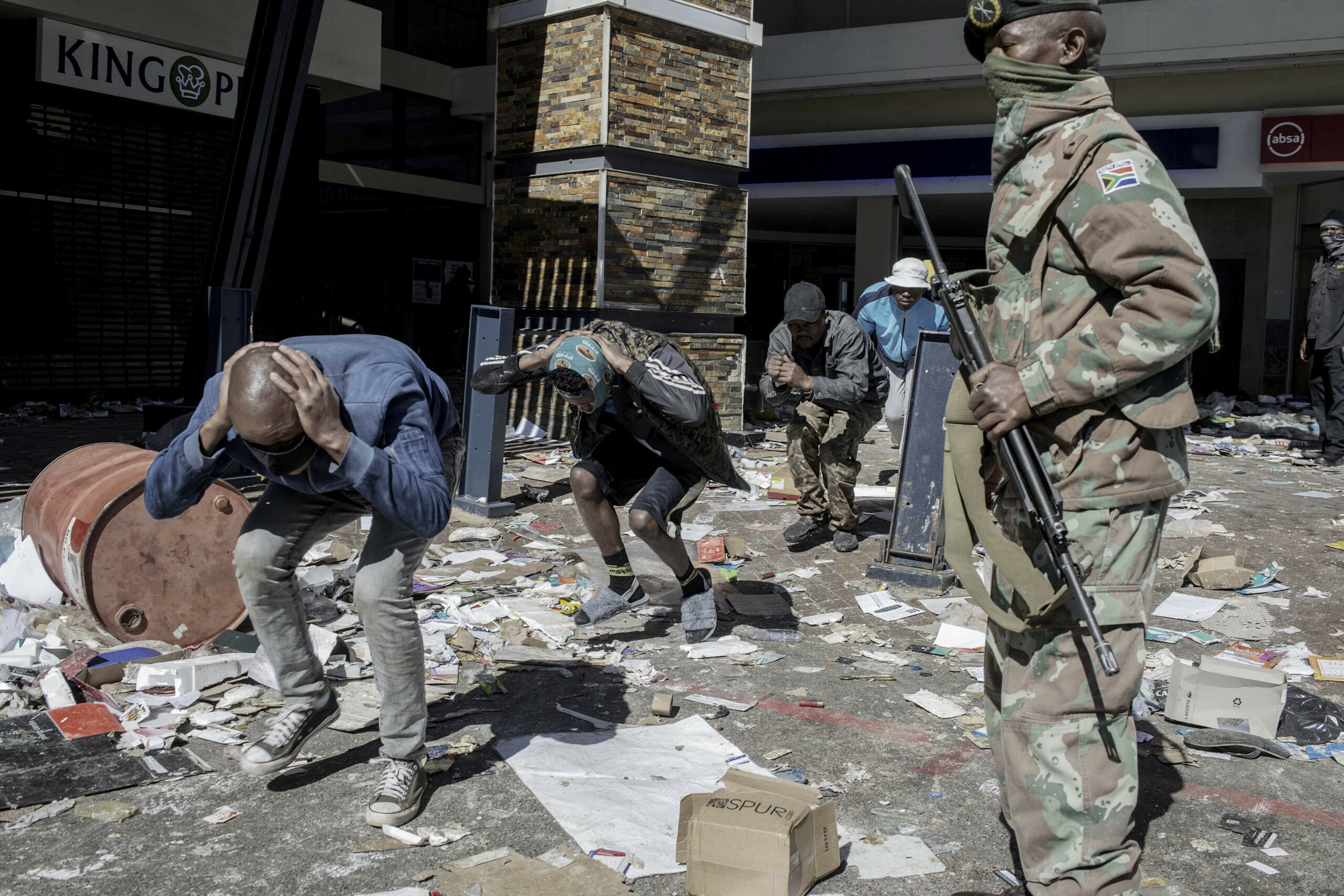 Watching the situation in South Africa unfold from afar this week has unleashed such a complex and crippling mixture of emotions. It has been nearly impossible to focus on anything else. Every new video received or shared on social media evokes a different reaction. Sympathy, anger, hopelessness, grief, helplessness, despair. Everyone I have spoken to about what is going on feels the same way, and most understand that what we are witnessing is incredibly multi-layered, and not just as a result of a singular event or set of circumstances. As South Africans of a certain generation, with our complex past, we understand this, at least for the most part.

In order to look beyond these events, and ask ourselves how we move forward, I think we ought to take a long hard look at where we are, and how we got here. If we are honest, if anything that has happened in the last week has surprised us, we really have not been paying close enough attention.

Inequality in South Africa is inescapable and pervasive — it is found in every fibre of society and permeates how we think, live, behave and interact with one another. The number of people right at the bottom of our country’s dire pit of endless poverty is and has been growing, and the extent of their poverty seems, somehow, to be getting worse. Survival is their absolute number one concern for themselves and their families. These South Africans, in their millions, are absolutely desperate and have nothing to lose. They can see how others live, not the other half, the top 15% or so. They outnumber those who are better off than they are, those with jobs and livelihoods, yet they have little to no hope of bettering their own circumstances.

This is the legacy of decades of failed policies by South Africa’s government to grow the economy, create jobs and expand the much-needed social safety net. The preceding decade of Jacob Zuma’s presidency, and even the years leading up to it, when the government at some point stopped governing and started focusing mainly on how to stay in government, have been disastrous to the economy. South Africa’s poorest continue to slip further and further away from any hope of a decent future. And this was the state of affairs before Covid-19 appeared.

At the same time, as a society, South Africans have, somewhere, cumulatively become a nation of law-breakers and criminals. Whether you: refuse to pay your speeding fines; file incomplete tax returns; add some additional items to your insurance claim;  bribe a metro cop who has pulled you over for drunk driving; or use a connection (or pay a bribe) to get a municipal tender, breaking the law has almost become a part of everyday life, to varying degrees, for an astounding number of South Africans. Many South Africans simply believe the rules do not apply to them.

It was in this environment that Jacob Zuma stepped into the Union Buildings, unleashing an unmitigated looting spree on South Africa’s state resources. The extent of the State Capture project is mind blowing, but Zuma did not act alone. At every municipal level, at every state owned enterprise, at every provincial and national government department, connected individuals colluded together with others to get their hands on tax revenue intended to deliver services, maintain and build infrastructure and lift people out of poverty. It seems that not a single public institution was left untouched. Those who benefited most from this large-scale corruption are known to us as the “Zupta clique”. There must however be thousands upon thousands more, at every level of government, and in every town and city in the country.

Now that the NPA is finally and fervently pursuing anyone accused of corruption and the wheels of justice are starting to turn against high profile state capturers such as the Gupta clan and Ace Magashule, it is no surprise that there is suddenly another large group of very desperate people in South Africa: those who profited off the status quo under Zuma’s presidency for a very long time. Add to this the ANC’s apparent internal clean-up operation, and Zuma’s arrest must have been the final indication that the jig is, in fact, finally up to those who have become career corruptionists.

It is becoming unsettlingly clear that those desperate to avoid prison and political isolation are orchestrating an insurrection aimed at destabilising the government, in the hopes of reaching some “political outcome” that does not include orange overalls. The poor who are desperate to survive are not only being caught in the middle of the chaos, but are effectively being weaponised in the fight, ironically by those who are, by and large, to blame for the economic despair the poor face. Zuma’s Radical Economic Transformation (RET) faction within the ANC are fighting for their freedom and political survival, while the desperately poor are fighting their own battle against starvation — the former have everything to lose, the latter nothing.

How Cyril Ramaphosa and his government react in the coming days and weeks will determine South Africa’s political future in the medium to long term. How ordinary South Africans react will define the country’s next generation. There have been multiple accounts of extraordinary South Africans standing up and protecting their communities. People such as Nhlanhla Lux defending Maponya Mall in Soweto are hailed as national heroes. Taxi drivers across the country have taken over where the police have failed and protected businesses and malls from looting. TUT students in Durban took the lead in the clean-up of the CBD, taking care of their own.

There are countless more such accounts that show the true South African spirit we all aspire to and love. But there are also deeply concerning events that have unfolded that reveal undeniable underlying racial tensions and pure racism, and some South Africans who are willing to take any opportunity to sow division and hate. We cannot allow racial nationalism in any form to rise again, and must stand together to cut off its ugly head wherever it shows up.

Politicians have failed South Africans. What is certain is that we need to take the power back from them, and define the future we want for our country. I am a South African living abroad, but that does not make me any less South African than any one of those directly affected by events of the last week. Perhaps my outside perspective is divorced from reality, but perhaps it  enables me to not get too caught up in the moment and lose sight of the bigger picture. I believe that we all share a deep love for our country, and I am convinced that those of us who seek a prosperous future far outnumber those with narrow personal agendas and greed. We all do what we can, where we are. In order to succeed we need to acknowledge where we are, be kind to each other, and keep things moving forward. Now is not the time to become hopeless or defeated. Now is the time to rise to the occasion: let’s go!