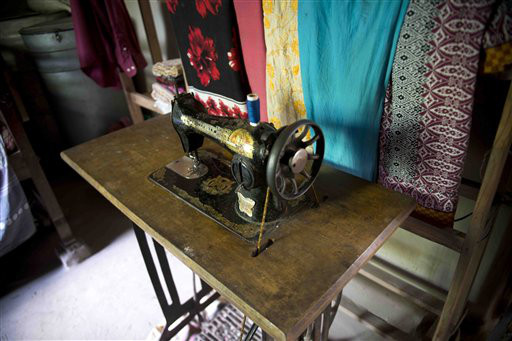 Last April, 1 127 workers were killed when Rana Plaza, a garment factory in Savar, Bangladesh, collapsed. To put this in perspective, that’s more than twice the number of Americans that have been killed in mass shootings since 1983. This unfathomable tragedy reached us around the world in the form of images troubling enough to make even the most calloused consumers think twice about where their clothes come from. Surely, we all thought, the companies that source from Bangladesh would do something to address the pervasive problems with the industry.

What we have so far is a new Accord on Factory Safety in Bangladesh, which 38 companies around the world have agreed to sign. The Accord does have serious shortcomings, of course: it’s voluntary, temporary, and it doesn’t include most major US firms such as Gap, Wal-Mart, Target, Macy’s, Sears, JCPenney, Nordstrom, and so on (who have initiated a separate agreement that analysts have already denounced as a “sham”). Still, it represents an important step toward better global labour standards.

But the singular focus on safety that has come to dominate the debate about Rana Plaza obscures the far more serious, systemic problems that are ultimately to blame for this tragedy. Even if the Accord were mandatory, permanent, and universal, it would still leave these deeper issues untouched. Indeed, the companies that have signed the Accord have likely done so in hope of putting an end to the public outcry before it generates pressure for the more substantive reforms they know need to take place.

A rigged labour market
The real problem has to do with the way the global labour market works. Because of neoliberal economic policies imposed over the past few decades, companies now have the power to rove the globe in search of what CEOs refer to as the “best investment conditions”. Poor countries like Bangladesh have to compete with other poor countries to attract much-needed foreign capital by offering the lowest minimum wages, the flimsiest safety standards, the cheapest taxes, and so on. Most economists justify this destructive “race to the bottom” under the banner of “comparative advantage”.

As part of this deal, companies no longer have to bargain with local workers — they can opt out of the social contract whenever it suits them. If workers in Savar, say, got together to demand better wages or safety standards, the companies that use them would just start sourcing from somewhere else, leaving them unemployed. Such a move wouldn’t take more than a mouse-click at the headquarters of Gap or Wal-Mart.

So workers are made to face a stark choice: accept dangerous conditions and minimum wages of $0.21 per hour, or lose their jobs. The constant threat of replacement keeps workers cheap and docile, to the tremendous benefit of corporate profits.

Historically, unions have played a crucial role in helping workers bargain for a better deal: the end of child labour, the 40-hour work week, safety standards, and so on. But today the hyper-mobility of capital renders unions powerless. In their absence, we’re witnessing a rapid descent back to 19th-century labour conditions — the sort immortalised in classic books like Oliver Twist and The Jungle.

Wages in many sectors are falling as desperate people the world over compete to sell their labour for less than the next person, even as worker productivity increases and corporate profits reach record highs.

To put it bluntly, the global labour market is rigged in the interest of multinational companies; it is designed to allow them to pump value out of human bodies — mostly poor, brown, female bodies — as efficiently as possible. Those bodies generate the enormous wealth that flows into corporate coffers, but only a fraction of it goes back to them in wages — the vast majority gets pocketed as profits and CEO bonuses.

This process of appropriation — or theft, really — helps explain the shocking trends in global inequality that we have seen over the past few decades, to the point where the richest 200 people now have more wealth than the poorest 3.5 billion – more than half of the world’s population.

Putting a floor on the ‘race to the bottom’
In a context of globalisation, it’s clear that country-by-country fixes just won’t do. If we improve labour standards in one poor country — as with the Bangladesh Accord — then companies are likely to move somewhere else, wiping out local jobs and slashing much-needed GDP. The upshot is that local policymakers have a perverse incentive to not improve things too much, for fear of causing more harm than good. Even if they wanted to, they often can’t: most free trade agreements — like NAFTA and the forthcoming TPP — empower foreign corporations to sue sovereign governments for regulatory legislation that reduces their profits.

If we’re going to have a global labour market, it stands to reason that we need a global system of labour standards, something that will put a floor on the race to the bottom and guarantee a baseline level of human fairness. The single most important component of such a system would be a global minimum wage.

Muhammad Yunus, founder of the Grameen Bank and a winner of the Nobel Peace Prize, recently proposed a plan along these lines, arguing for a wage floor of $0.50 per hour. I’m thrilled that Yunus is bringing publicity to this cause, but his plan isn’t quite good enough: the wage floor would apply only to the garment industry, and it would be left up to corporations to take action — something we already know they won’t do. For Yunus, this would be a matter of “corporate social responsibility” — and brand enhancement — rather than a matter of basic justice.

A bigger problem with Yunus’s plan, however, is that a fixed minimum wage would be little use to people who live in countries where it’s impossible to survive on even $0.50 an hour. That, and it would unfairly hurt the poorest, lowest-wage countries by eliminating their comparative advantage.

A better idea would be to set the global minimum wage at a fixed percent — economist Thomas Palley recommends 50 percent — of each country’s median wage, so it would be tailored to local economic conditions, costs of living, and purchasing power. As wages increase across the spectrum, the floor would move up automatically, so we wouldn’t have to constantly pressure politicians to raise the minimum to keep up with inflation. All countries would be treated equally, and countries that presently enjoy a comparative advantage through cheap labour would retain that advantage.

Of course, in some countries wages are so low across the spectrum that 50 percent of the median would still leave workers in poverty. So the global minimum would need a second safeguard: wages in each country must be above the national poverty line.

What would happen?
This system would go a long way towards helping to eliminate poverty, and would help reduce inequality within countries — indeed, for this reason the UN would be wise to adopt a global minimum wage as a key strategy toward realising the post-Millennium Development Goals agenda. Raising wages also has positive economic benefits: it stimulates demand and thus facilitates local economic growth, and it does so in a way that doesn’t depend on debt.

Sceptics who worry that a minimum wage system might negatively affect employment can take comfort in the now-overwhelming evidence to the contrary (also see here).

What would a global minimum wage mean for consumers? Not much, it turns out. Economist Robert Pollin has found that doubling the wages of sweatshop workers in Mexico would raise the price of clothes sold in the US by only 1.8 percent. In fact, you could raise sweatshop wages by a factor of ten and consumers in rich countries still wouldn’t be fazed: a study by the National Bureau of Economic Research shows that people are willing to pay 15 percent more on a $100 item — and 28 percent more on a $10 item — if it is made under “good working conditions”.

A global minimum wage would go a lot further than the “fair trade” fad that has become popular among many Western consumers. Every time I walk into a store and see items labelled fair trade, I’m always struck by what their presence implies: that the rest of the “normal” products are unfair. We shouldn’t be presented with a choice between fair trade goods and oppression goods — oppression goods shouldn’t exist in the first place. When we buy the things that we need to sustain and enjoy our lives, we should be able to be confident that we are not colluding in the exploitation of other human beings who toil in near-slavery conditions.

The problem with globalisation is that capital has been globalised while the rules that protect people from it have not. It’s time to take the next logical step. Not only is it now conceivable to have a global minimum wage system, it’s also — for the first time in history — quite doable. The UN’s International Labour Organisation has already proven that it has the will and the capacity to govern such a system.

Imagine if we put this idea to popular referendum. Imagine the landslide support it would receive from people across the world. “The arc of history bends toward justice,” Dr Martin Luther King, Jr told us. Yet this is true only when we summon the courage to bend it thus. What we need now is to mobilise the popular pressure to make it happen, to grip and bend the arc of history, recognising that “power concedes nothing without a demand”, as Frederick Douglass once put it: “It never has, and it never will.”