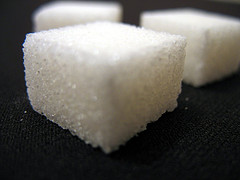 When you pour a packet of South African-made sugar into your morning coffee, you can feel good about the fact that the workers who milled, refined, packed, and shipped it are paid relatively decent wages, enjoy basic benefits, and are protected against severe exploitation. In many respects, South African sugar is about as “ethical” as sugar gets. That’s because the South African sugar industry bears the happy distinction of being unionised wall-to-wall.

But the benefits of unionisation apply to only one side of the sugar industry: the milling sector. The other side of the industry — the agricultural sector — has been almost completely ignored by the union movement, despite the fact that it is much more labour intensive. While the industry’s milling sector employs about 5 000 workers, the agricultural sector employs more than 74 000 — those are the people who plant, weed and harvest the 430 000 hectares of cane that stretch across the rolling hills of KwaZulu-Natal.

Almost none of these workers are unionised. They work in extremely dangerous conditions with very little by way of rights and protections. In fact, until recently they didn’t even enjoy the basic benefit of a minimum wage. It wasn’t until 2003 that the ministry of labour got around to implementing a floor of R3.33 an hour. Given annual adjustments, today this figure reaches closer to R7. But this still represents only about a quarter of what even the lowest-paid workers earn for less work in the unionised milling sector.

Obstacles to organising
Why have these workers been so neglected by unions? Part of the reason is that they are dispersed across such a massive geographical area. To organise farmworkers, unions have to travel to far-flung locations, sometimes spending a whole day just to meet with a handful of workers. To make matters worse, organisers are often threatened or shot at by farm owners when they show up at private estates; the remoteness of most cane plantations and the lack of legal infrastructure in rural areas lends itself to a sort of wild-west style capitalism.

The unions that cover the milling sector — led by the Food and Allied Workers Union (Fawu) — have attempted to bring farmworkers under the umbrella of the National Bargaining Council. But these efforts are repeatedly shut down by the big employers, most notably Illovo and Huletts, the two multinational corporations that together control around 65% of the industry. They argue that milling and agricultural operations are too different to be compatible within a single framework, despite the fact that is normal procedure in other countries, such as neighbouring Swaziland.

Illovo and Huletts are learning to take full advantage of this split arrangement. They have begun to divest themselves of their agricultural holdings by selling off large tracts of cane — up to 50% of their land, in the case of Illovo — to small farmers, many of them black. Industry representatives justify the move as “advancing black economic empowerment” and complying with progressive land-reform targets.

But scratch the surface of this charitable facade and more cynical motives quickly become apparent. Offloading land onto small farmers doesn’t compromise the efficiency or profitability of the industry. Quite the opposite. Small farmers can usually do the job just as well, and the upshot for the industry is that dispersing production among many private growers — about 30 000 at last count — makes unionisation much more difficult than when farmworkers are formally employed by a concentrated number of publicly listed companies.

The Walmartisation of sugar
Outsourcing agricultural operations allows companies like Illovo and Huletts to get cane more cheaply because small farmers can avoid unions, slip through the cracks of regulatory mechanisms, and usually don’t provide workers with fringe benefits like clinics and ARVs. It’s the Walmart strategy applied to sugar — a full-scale “race to the bottom” for cheap labour. Big corporations like Illovo and Huletts can effectively abandon their responsibility for maintaining decent wages and labour standards while protecting themselves from public outcry or worker insubordination.

This is where the sweatshop analogy becomes appropriate. Just as Nike avoids unions and labour laws in the Western world by outsourcing to sweatshops in the developing world, so Illovo and Huletts avoid unions by outsourcing to small farmers. Just like sweatshop owners, these farmers often operate with precarious, razor-thin profit margins and stay afloat by forcing down costs, usually by employing the most vulnerable and exploitable workers they can find and hiring them on a “seasonal” basis so that they can be retrenched on a whim.

Some of the smaller operations run as family businesses centred on homesteads, where farmers rely on their wives and children for labour and have zero recourse to the benefits that come with formal employment. In other words, corporations have shifted the costs of social reproduction onto the family unit. And this at a time when industry majors are enjoying higher-than-ever export prices and unprecedented new access to Western markets that have been forced to abandon subsidies and tariffs.

As with sweatshops, the labour process on the cane fields is designed to extract as much as possible from workers. Employers set thresholds for the number of tons or rows that each worker must cut a day, and compensate for annual minimum wage adjustments by raising them in order to squeeze out more productivity. If workers fail to reach their thresholds they are often not paid the full rate, sometimes up to 33% less than the minimum wage. Most workers put in seven days a week with only one or two days off per month, usually without ever receiving overtime pay. Benefits are non-existent, and maternity leave is unheard of.

This is why the South African Sugar Association can boast that it produces cheaper sugar than 85% of its global competitors.

Sweetening the deal for farmworkers
Much of the blame for the plight of farmworkers belongs to the unions. Aside from a few half-hearted attempts, Fawu and Cosatu have made no serious effort to organise farmworkers in South Africa. They remain committed to the model of industrial unionism that worked so well for them in the 1970s and 80s, focusing on workers in higher-skilled, full-time, formal employment to the exclusion of workers in casual, rural, and so-called “a-typical” jobs. As a result, Cosatu has come to be characterised by a relatively middle-class, often white-collar constituency based largely in urban centres — what Sakhela Buhlungu has so aptly called a “labour aristocracy” that no longer reflects the nature of the general workforce.

This approach is quickly becoming irrelevant in South Africa today. Neoliberalism is eroding the country’s industrial base, increasing casualisation, and forcing millions of workers into the informal sector; in other words, “a-typical” work is quickly becoming the norm. Cosatu needs to come to terms with this fact. The labour movement must learn to adapt to new socio-economic conditions as quickly as neoliberalism produces them; that means fanning out into the farms, into the markets, and — yes — even organising the unemployed, to build a movement of dispossessed citizens that extends beyond the factory floor. This is the future of labour organising.

Fortunately, new sources of hope are beginning to emerge. In 2006, organisers at Khanya College in Johannesburg spearheaded the Southern African Farmworkers Network, which aims to link trade unions that organise farmworkers across the region. The network’s new flagship campaign will focus on the sugar industry. Hopefully this effort will succeed not only at unionising farmworkers, but also at making small-scale operations stable and profitable for farmers and their employees.

The task ahead is not impossible. Lest we forget, the South African labour movement under apartheid managed to defy all odds by successfully overturning the most exploitative system of racial capitalism on the planet. Those were heady times. But true liberation remains out of reach for vast swathes of the country’s rural population. As far as they’re concerned, the revolution has yet to begin.

*Note: A longer version of this article was originally published in The Africa Report.