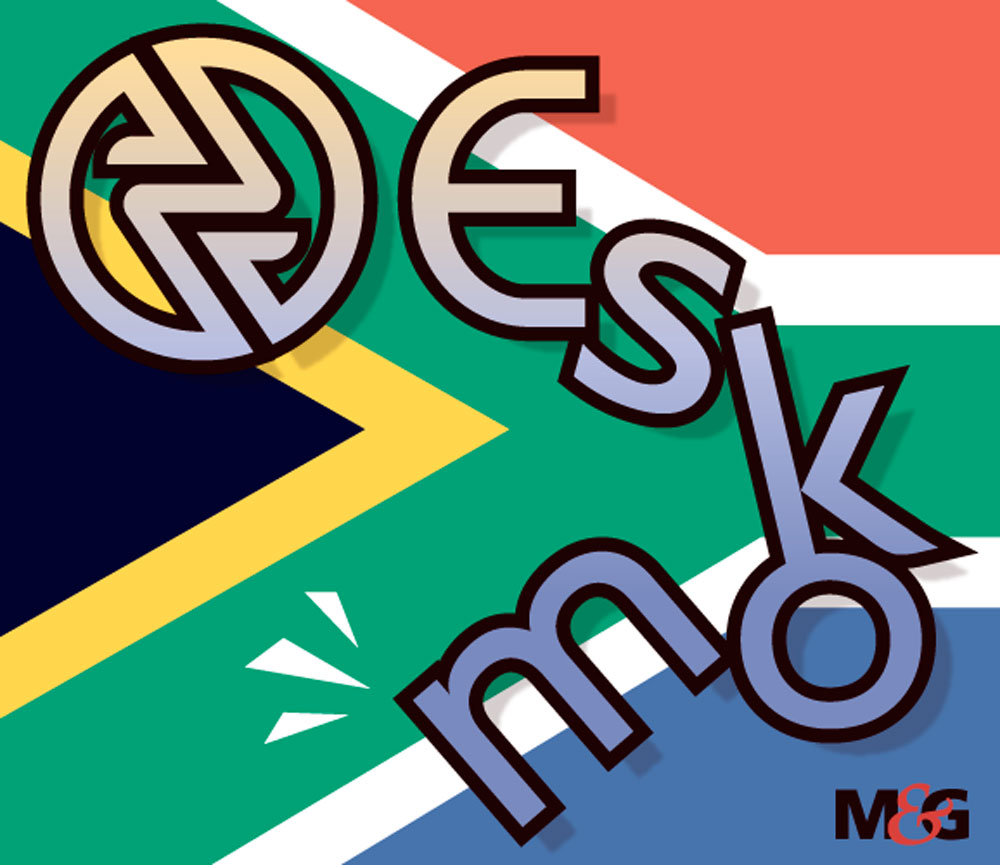 South Africa’s main takeaway message from January 2020 is nothing new: Eskom is bent. Senior executives from our struggling power utility have been accused of yet more dodgy deals, funneling money away to well-connected associates and leaving ordinary South Africans in the dark.

“Bent” was statistically the word most closely associated with Eskom in January’s news. The word reminds me of CS Lewis’ sci-fi Space Trilogy, where “bent” is used to describe humans and other creatures who have turned evil, rejecting their original purpose for living to embrace the dark side. But in the case of Eskom, it comes in the phrase “bent and broke the rules”, used by amaBhungane’s investigative journalists to describe how Eskom executives were alleged to have manipulated procurement processes to favour accounting firm Deloitte, with Gupta-linked Nkonki Inc riding on their coattails.

This is what I found through an analysis of the top online news stories of the month. I collected the top news story for each day from the morning newsletters of News24, IOL and TimesLive, three of the country’s most-visited online news sites. I fed these articles into a small electronic database (corpus), which I then analysed using corpus linguistics software to find the biggest trends and patterns of word choice in these articles.

“Eskom” came up as the most significant keyword in the news, appearing 258 times in the database of only 64 articles. Second was “Deloitte”, appearing 147 times. “Nkonki” wasn’t far behind, mentioned 82 times. The mentions of Deloitte and Nkonki all came from amaBhungane’s lengthy exposés of alleged corruption in consulting deals with Eskom. However, Eskom grabbed the headlines in numerous other articles as well, including one about how a senior Eskom manager’s brother’s business, Rula Bulk, was given contracts worth over R2-billion.

I took a closer look at the words that were associated most often with Eskom. These are called collocates in corpus linguistics. While “bent” showed the strongest correlation with Eskom, the rest of the words most often associated with Eskom were also intriguing.
The words “dealings” and “deals” featured high on the list, at number 3 and number 8 respectively.

It takes only a little word association game to realise that “dealings” usually keeps company with the word “corrupt”, and that is definitely the case here. One instance of this phrase comes up in a statement from Eskom with reference to the Deloitte scandal that “Eskom former employees and some corporate citizens were involved in corrupt dealings which caused Eskom a great deal of financial losses.” Another appeared in Deloitte’s MD’s flat denial “that that there was ‘any undertone of corruption’ in its dealings with Eskom.” The “deals” referred to were Deloitte’s consulting contracts with Eskom.

The word with the fourth strongest association with Eskom was “doubt”, although it always appeared in the phrase “no doubt”. Here again, very different opinions were voiced with equal confidence. President Ramaphosa said “I have no doubt… that we will restore Eskom”. Meanwhile, political analyst Ralph Mathekga said “There is no doubt that Eskom will now be used as a political football in the succession debate,” reflecting ominously on how Eskom may affect Ramaphosa’s own fate.

The Eskom of 2020 is being compared with its status ten years ago, as seen in the fact that “decade” was the word with the fifth strongest association with the utility’s name. Pravin Gordhan compared what we paid for electricity in 2010 with tariffs now, concluding that we are paying four times more than we used to. Eskom also confirmed that it had given “a number of contracts to Rula Bulk over the past decade”.

I’ll leave you to join the dots.

Jabu Mabuza’s resignation as Eskom board chairperson was naturally a significant event reported on in January, making “Jabu” the word sixth most strongly associated with Eskom. “Employee” appeared as the second strongest collocation, while “executives” was in seventh place. These people are reported as doing various things: apart from resigning, Mabuza was reported as having denounced Deloitte for having taken part in “pure corruption” with previous Eskom executives, who are not named.

Eskom executives and employees also appear as confidential news sources lifting the lid on problems at the utility, though. An anonymous Eskom employee drew amaBhungane’s attention to its consulting deals with Deloitte. “Two Eskom executives” informed City Press that the now-notorious conveyor belt at Medupi that broke in mid-January, plunging us back into load-shedding, had been designed and built by Rula Bulk.

Two last words associated with Eskom in my January news database were “dossier” (number 9) and “award” (number 10). Dossiers are, of course, usually another indication of some kind of unsavoury behaviour that warrants investigation. The dossier in this case is one that accuses “Rula Bulk of capturing Eskom engineering”. Two instances of “award” referred to the awarding of tenders at Eskom, while another referred to an award that Rula Bulk’s CEO Roelf Odendaal says Eskom gave the business “for the best capital expenditure project of the year for being on time, in budget and [complying with] all safety standards.”

Needless to say, the picture that emerges from this look at January’s news on Eskom is far from pretty. Eskom is bent, but it is also the victim of bent executives and their businesses who are alleged to have entered into corrupt dealings with it. The reporting on these corrupt dealings clearly inspires anger at these people for exacerbating Eskom’s woes, directly or indirectly causing load shedding and stealing our future economic stability. But a noticeable absence in my January news database were articles reporting on plans to avert or at the very least mitigate Eskom’s crisis.

If Eskom is bent, what is it going to take to straighten it out?

Published in Business, General and News/Politics