On Saturday night I got to play with Apple’s iPhone. Honest opinion? It’s the best damn gadget to hit Mother Earth since the cellphone itself. Where do I begin?!

I first started following the iPhone in the media when it was just speculation about a year ago. Gizmodo has a separate section for it and dubbed it the “Jesus phone” due to the revolutionary impression it has made. And now I’ve seen why. When Steve Jobs unvalued the iPhone, I sat back and watched his keynote presentation and was pretty struck when he revealed the product and showed the world how it worked. I never thought it would work exactly as he demonstrated, but I was wrong.

AT&T proclaimed that it sold more iPhones in the first weekend than any other cellphone in the first month. I suppose that is justified by the hordes of people who literally camped outside various Apple branches across the US as if Elvis were back for one last limited-seat concert! 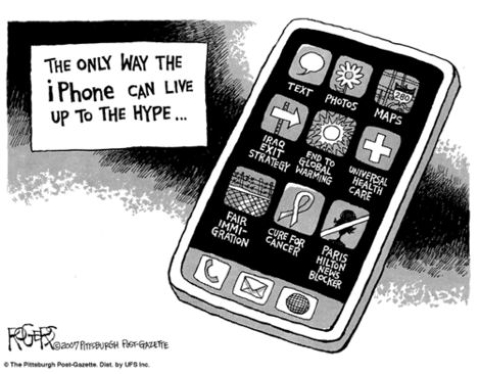 You see, there were months of speculation and hype around the iPhone. What would it be called? What would it do? How would it “revolutionise the cellphone” as Jobs had claimed?

Well, I can tell you — it does, in every way ol’ Stevo says it does.

Secondly, it works just the way it’s advertised. The touch screen is phenomenal. When I had the chance to play with the iPhone, I had the new HTC in my other hand, and although it can run Windows and Word and this and that, the hardware itself is crap. The attempts it makes at touch-screen transitions are plainly pathetic, lagging in movement and kinda like an old Nintendo compared with an HD Xbox of today.

The iPhone, however, is sleek and fluid throughout its interface. It responds so accurately to your touch that it felt somewhat surreal at times when I was scrolling through contacts, photos and music albums by brushing my finger across the screen. It responds instantly, unlike the HTC. The HTC feels like typing on an old Palm with a stylus — you perform your desired stroke and after a moment of thought it spits out the wrong letter. Pffft, not the iPhone! 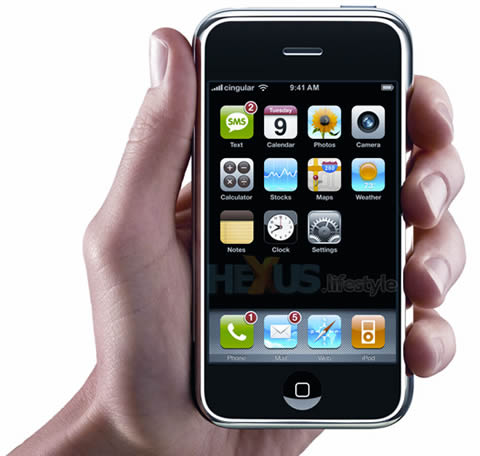 My questions to the owner were pretty straightforward, namely:

Does it work after being unlocked?
Yes, it does, even after the new update that Apple released. He was logged on to the MTN network and was able to make and receive calls, SMSs and everything else. He mumbled something about Vodacom being limited in some way by its network, but I’m gonna guess that was bollocks — I’ve followed the whole unlocking thing closely, and even with Apple’s new updates, it’s a matter of hours before non-AT&T users are back online and even using third-party applications.

How are the photos?
OK, he said. He showed me a few he had taken and they looked decent by cellphone standards. When you pinch the photo, it enlarges. And after taking a few myself, I was impressed by the quality without a flash.

What’s all the fuss about typing on it?
He explained how it took a little getting used to and that it is very different to having buttons. Well, duh, it’s a touch screen, and a very clever one at that. A trick I quickly learned, which bumped up my typing accuracy to 100%, was that instead of hunting and pecking at your keys, rather slide your finger into place (the letter you’re on will pop up above your finger to tell you where you are) and release the key to trigger the keystroke. Voila! This guy has even mastered 50 words per minute on his iPhone!

How can you type without looking at the screen like on a typical phone with physical buttons?
Aha, I got you, Jobs! Or maybe not. Apparently there is a transparent sheet one can get to place over one’s iPhone screen with small wedges to indicate where the keys are. I’m not sold, but I’ve never been one to type without looking at my screen anyway.

Where can I get one now?
For a whopping R6 500, I was told I could organise an unblocked iPhone whenever I’m able to produce the cash. Holy shit! I’m a fan, but I just don’t think I could part with that kind of money for a really cool gadget when I know it’s just been dropped to a mere $399 in the US.

All in all, I was tremendously impressed and I want one as soon as I can get one. I’m willing to trade sexual favours, my girlfriend and maybe even my electric guitar signed by Lenny Kravitz …