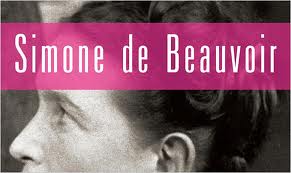 Why I am a (man) feminist

I am a heterosexual man; I have been one for as long as I can remember. I remember three distinct stages of my development as such a man.

I remember boyhood. During this time I had a healthy and innocent fascination with girls. I liked playing with them, I liked touching them and their attention made my palms sweaty. I knew then that girls were different from me. Something about them excited me; I didn’t know what it was about girls that made my heart thump.

I remember teenage-hood. By then I had realised what it was that excited me about girls. Teenage-hood was the beginning of my confusion.

I figured very quickly that my father had taken these lessons to heart.

However, the women in my life were nothing like the women in village fables. Their capacity for compassion was complemented by rock-hard strength. My grandmother gave birth to 13 children and raised 8 on her own, without a husband, an education or a job. My mother, on the other hand, was denied an education by her father who believed that “educating girls made them loose”. She – without a job or an education — was the family breadwinner.

The women in my life seemed to preserve in a world of hurt and ruthless oppression. In a village where men were scarce — many had left to work in the mines and never returned — women seemed to accept the status quo without challenge or complaint. Women were nature’s second sex.

Slowly my own budding ideas conflicted with the seeds planted by the village. I couldn’t shake off the idea that I, as a man, am more superior and that I have a natural responsibility to protect and control women. That superiority was my birth right.

The rude awakening came when I was 13. A girl I knew told her friends that we were dating and in the course cost me a girl I liked. To prove my lack of affection for her, I decided to humiliate her in public.

When my mother found out about the incident, she was incensed. My punishment was a well-deserved beating. What got to me wasn’t the beating; it was that my mother, an impossibly polite introvert, seemed utterly disgusted with me. She wasn’t just upset that I had caused a girl pain, she was disgusted and embarrassed that I was evidently taking the village mold. What puzzles me till today is why my mother never bothered to counter the village teachings any sooner.

The last stage of my development is where I am now, somewhere between boyhood and manhood. I am not mature enough to be a man; I am not innocent enough to be a boy and I am not as confused as a teenager. So where then am I?

The answer needs a detour. While I do not like defining myself according to western philosophical traditions, I think I would fit well with illiberal libertarians. I have a sordid distaste for liberalism and I am a filthy libertarian.

What does this have to do with women and feminism?

Firstly, I have very little knowledge of feminist traditions and I try consciously to form my “feminist” ideals without the help of feminist texts. My only guide is history, common sense and, I must admit, Simone de Beauvoir’s The Second Sex.

For me, feminism is the movement for absolute equality of men and women; for substantive equality of man and woman, and for the rout of patriarchal traditions that assume superiority of one sex over the other. Feminism means appreciating “womyness” without connotations of weakness.

That said, my confusion persists.

The first source of my confusion is chivalry. Part of my village’s training related to giving women precedence. A woman must have your seat, you must carry her bags, you must open the door etc. I learned later that westerners call these teachings “chivalry”. It has occurred to me that I can’t reject my village’s teachings without also rejecting chivalry.

The second source of my confusion is physical attraction to women. While I distaste misogyny, objectification or any other notion that equates a woman’s value to her looks, I still am attracted to women. In moments of honesty, I do admit that my attraction to a woman is influenced by my prejudice on looks. It has then occurred to me that proclaiming myself a feminist, while still placing some kind of value on looks, is revolting hypocrisy.

I do not have solutions but I am always enthralled by the conflicts. A question I particularly struggle with relates to “absolute equality” and what it means for gender identities? Can we be men and womyn, celebrate our physical and psychological peculiarities, without compromising our equality, even in our private lives?

In the meantime, I say we should all be feminists! Our feminism must be rooted in our appreciation of four freedoms: personal freedom, political freedom, social freedom and economic freedom. And most of all, we must celebrate the innate beauty of women.