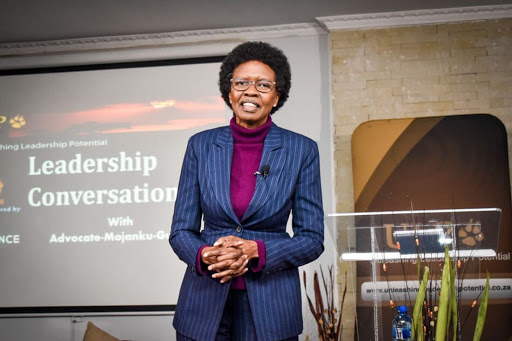 Venda University’s first woman chancellor is a beacon of hope

As the Covid-19 pandemic continues to cast gloom and despondency over the nation, a bright beam of hope and inspiration, especially for Pan-Africanist and Black Consciousness student activists, has lit up the University of Venda.

Advocate Mojakunyane Gumbi has taken the baton as Chancellor of the University of Venda from Kgalema Motlanthe.

As Africans we have for a long time institutionalised the culture of honouring our heroes and heroines posthumously. We need to change the tune. It is high time we celebrate them while they are still alive — especially African women who have long suffered systemic silencing and erasure from the books of history.

Advocate Gumbi is one of those Africans who have contributed immensely towards the betterment of our continent.

Her appointment is indeed a progressive move to reposition the University of Venda in a better light. This is a university which has experienced many problems, even before the Covid-19 pandemic which marked the end of access to education for students — because the university’s online systems have failed so dismally.

The online registration has been a complete mess and complaints about the internal administration of the National Student Financial Aid Scheme (NSFAS) are launched year in and year out, with money not reaching its intended beneficiaries. Recently students have said that the R1 400 monthly food and transport allowance and the R250 personal care allowance they were promised had not been received from the university.

Workers, such as cleaners and security guards, are still outsourced and their company continues to pay them peanuts. This same company has been accused of threatening the lives of activists fighting for the workers’ rights.

There is only accommodation for about 2 000 students, with many residing off campus. This compromises their safety.

The next issue is that of lacklustre Wi-fi connections and a library that accommodates fewer than 500 students and books that belong in a museum. Many of them are so out of date that you cannot use them to prepare assignments.

Lecture halls are in a bad condition and inconsistent water supply is a constant problem.

We have faith that Chancellor Gumbi can rectify these wrongs. Yes, we are well aware that she has a mammoth task ahead of her, but we are able to sleep peacefully knowing that she is an experienced warrior who has conquered many on the battlefields of justice.

Advocate Gumbi’s appointment reminded me of the 1973 Black Consciousness youth who fought tirelessly for the removal of reactionary university management in the black higher education sector. They demanded that it should be replaced by individuals who clearly understood their plight and the nefarious conditions under which they existed in the apartheid system.

Their revolt had a semi-victory when the University of the Western Cape’s rector, who was a member of the Broederbond, was removed and replaced by Richard van der Ross (a coloured educationist). I suggest that it was semi-victory because later it was said that Van der Ross was not as progressive as one would have anticipated.

We, however, have recorded an absolute victory with the appointment of Advocate Gumbi, who has an impressive list of credentials and who is also the first woman chancellor in the university’s history.