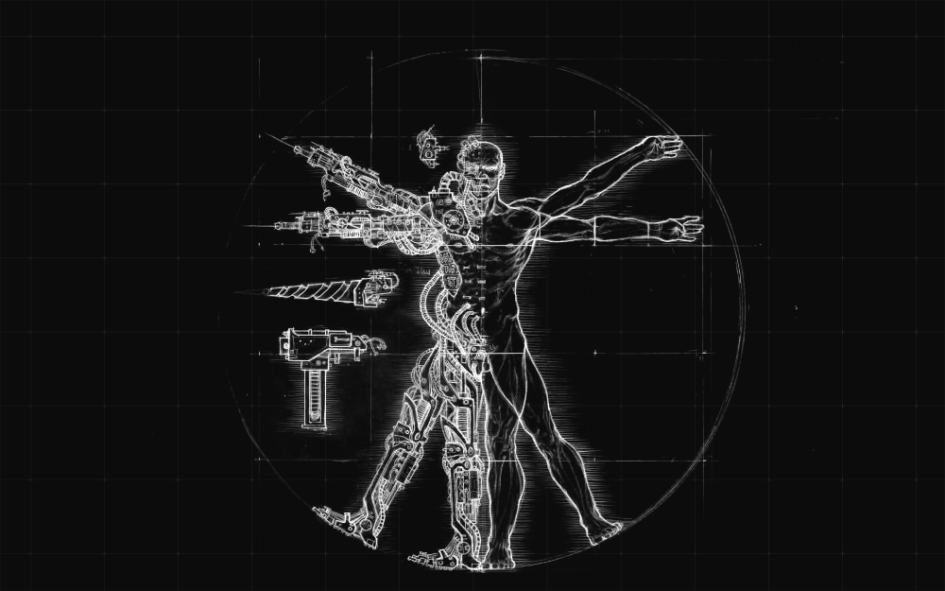 Humanity in the future

We live in a time when “modern” (or “postmodern”, if you prefer to distinguish the digital from the kind that preceded its advent) technology has become ubiquitous, or rather, more accurately, when technical devices as manifestation of technology, have become omnipresent. Some, in fact most, people revel in it; others, execrated by the former technophiles as Luddites, lament it. But whatever stance one adopts towards it, you cannot escape it — at least not without withdrawing to one of the increasingly rare “wild” places left on Earth, and even then you’re probably going to require a technical apparatus of some kind to get there.

What interests me here is Dan Brown‘s latest book, Origin (2017), which pits technology against religion, the latter of which has been a recurrent theme in Brown’s work — for instance in Angels and Demons (2000) and The Da Vinci Code (2003), while science and technology also feature prominently in some of them, including Digital Fortress (1998) and Inferno (2013 ). What makes Origin special is Brown’s uncanny ability to home in on something that Martin Heidegger wrote about in the 1930s, but which Brown explores in a totally different manner, namely the tension between religion and science/technology.

Heidegger noted that the Christian middle ages were “theocentric”, that is, all questions were based on the unquestioned assumption that God created everything under the sun (and the sun, too), and therefore questions like the proper relations between reason and faith, or between the state and the church, were approached by considering these in the light of the primacy of God as supreme reality. Since the European Renaissance through early modernity to the late modernity of today, conceptions of primary reality have changed from a mechanistic conception (as a machine), through one where the biological supplanted the mechanistic (due to evolutionary theory), and while this is still adhered to in complexified form today — where the physical and the biological are “thought together” — the contemporary ontological emphasis is undoubtedly on technologically accessible reality as “digital”.

People might think me crazy for taking Brown — a popular thriller-writer — seriously regarding this theme of digital technology, but just as Inferno was far more than a thriller, so, too, Origin focuses squarely on what is one of the most topical confrontations of our time, that between science/technology and religion. Ultimately, however, it is his prognostication concerning technology that seems to me to be the more significant, though.

In the book, a friend of the Harvard symbologist, Robert Langdon — futurist and computer scientist supreme, Edmond Kirsch — invites his erstwhile mentor, Langdon, to attend a presentation event at the Bilbao Guggenheim, an architectural marvel designed by deconstructionist architect, Frank Gehry. As always, Brown’s evocative description of the building and its artistic treasures — against the backdrop of which the riveting action unfolds — surpasses that found in most art-historical books. Kirsch’s dramatic presentation, which concerns answering the twin questions, “Where do we come from?” and “Where are we going?” promises to instantiate a new chapter in the technological development of society. It is catastrophically interrupted when an assassin kills the futurist before he can get to the crux of his speech.

Determined to reveal the rest of Kirsch’s epoch-making breakthrough, Langdon, accompanied by the future queen of Spain and director of the Bilbao Museum, Ambra Vidal, as well as — virtually — by “Winston” (a prodigiously advanced artificial intelligence constructed by Kirsch, who guides them through Langdon’s mobile phone), sets off to Kirsch’s apartment in Barcelona to find the recording of his revelatory presentation and share it with the world. This apartment turns out to be nothing less than the top storey of one of Antoni Gaudi’s famous apartment blocks, the Casa Milá, and again Brown’s description is mouthwatering, even to someone who has visited this magnificent building.

The action also shifts to what is arguably Gaudi’s greatest achievement — the still unfinished (but being completed with funds generated from visitors) Basilica de la Sagrada Familia in Barcelona, in my humble judgement the most magnificent (if totally unconventional) church in the world, where Langdon has a close call with an assassin tasked to kill him and Vidal. But eventually, having successfully decoded the relevant clues (with help from Winston), Langdon and Vidal manage to enter Kirsch’s computer centre to access the recorded speech by means of the 40-odd character password they managed to track down, and broadcast it to the world.

This recorded speech by the fictional futurist and “transhumanist” is the crux of the book as far as the relation between nature/human/technology is concerned. (Note: “transhumanist” is not the same as “posthumanist”; something to look up if you’re into learning something new — here’s a clue: Ray Kurzweil, who has predicted the coming of the “Singularity”, is a transhumanist, whereas Rosi Braidotti is a posthumanist, as am I.)

Condensing this very dense part of the novel brutally, here is what Brown believes about this relation, relayed through his character of Edmond Kirsch.

Kirsch is a gifted computer scientist, and as such is able to model something that cannot be tested in a laboratory. Hence, to verify, or falsify, what was proposed (but never confirmed) in the 1950s by Harold Urey and Stanley Miller, namely, that the building blocks of life could have been formed without the intervention of a deity, Kirsch assembled the digital equivalents of the “primordial soup” —  all the chemicals and natural processes such as heat, electrical currents and cooling off. Then he did what Urey and Miller (and their successors) could never do, namely to accelerate time digitally to see what would happen.

Initially nothing happened other than what Urey and Miller witnessed, namely the formation of amino acids. But after visiting a young physicist, modelled on a real person, Professor Jeremy England, Kirsch found the ingredient missing from his computer “time machine” programme: entropy (disorder), England told him, seemed to be the way nature dissipates energy throughout the universe. And it does so by creating islands of order (negentropy) as “halfway stations” which, in their turn, function to spread disorder.

A snowflake is one such concentration of order: its structure optimises the diffusion of the sun’s energy by reflecting it in all directions. Living things are also such pockets of order. In Brown’s words (2011, p. 413): “… all living organisms — including humans — which consume organised matter as food, convert it to energy, and then dissipate energy back into the universe as heat. In general terms … life not only obeys the laws of physics, but … began because of those laws.”

Armed with this insight, Kirsch reprogrammed his quantum computer with the instruction, to use all means at its disposal to dissipate energy, that is, to promote entropy, and ran it in fast-forward mode. The results were spectacular, revealing not only the emergence of basic protein chains and increasingly complex molecules, but also of structures, which are better suited to dissipate energy than simple entities. Eventually, a spiral, and then the double helix of DNA appeared — the biological building-blocks of life. When Kirsch let the programme run to cover millions of years, the shapes of evolving creatures emerged, becoming more complex all the time — until humans appeared.

Where are we going?

Kirsch showed, in other words, that life could appear without the intervention of a Creator, or, that only the laws of physics were necessary for that. So where does that leave us with technology, apart from the fact that he used a super (quantum) computer to demonstrate this? Up to this point he only answered the first of his two questions — Where do we come from? — but if anything, the answer to the second (Where are we going?) is more startling, although it would not be so to people who have read Yuval Noah Harari’s Homo Deus – A Brief History of Tomorrow (2016), or Ray Kurzweil and Kevin Kelly’s work.

By programming his quantum computer, called E-Wave, with all the parameters applicable to human evolution — such as brain size and intelligence in terms of vocabulary, spatial recognition, long-term memory and cognitive processing speed — and basing its projection on a cartoon-drawing technique called “tweening” (a computer filling in the gaps between drawn frames), Kirsch let E-Wave project a simulation of human intelligence into the future. Importantly, however, he asked the computer to overlay this intellectual development simulation with another: a simulation of all the factors in today’s world that would influence future intellectual development and human brain size, such as contemporary culture, technology, new drugs, and so on, and then ran the programme. To his dismay, a shocking picture emerged, so he modified the programme several times, with the same results.

What the fictional Kirsch witnessed is essentially the same as what today’s transhumanist thinkers and historians such as Harari are anticipating: that, around 2050, humans will be “swallowed” by another species, or rather, will merge with it. This species is Artificial Intelligence. What it amounts to, in simple terms, is that all those gadgets we use, and that are, at present, outside of us — smartphones, laptops and the like — will incrementally become part of us, so that we will become what James Cameron’s Terminator movies depicted in the role famously played by Arnold (I’ll be back!’) Schwarzenegger, namely cyborgs – short for cybernetic organisms, of which there are already some in existence.

For some of you this may be terrifying, while others would revel in the prospect of becoming a cyborg in posthumanist fashion. Brown explores all these possible responses in Origin — for that reason alone, quite apart from its other delights, it is a highly commendable read.