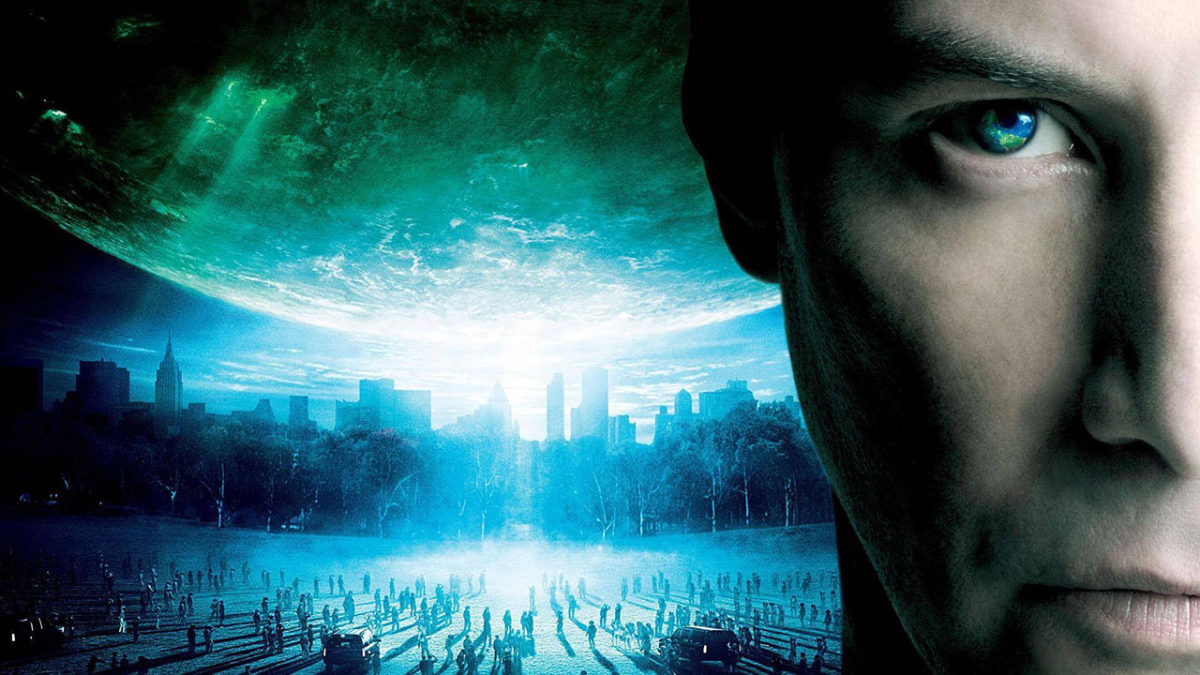 The Day the Earth Stood Still (directed by Scott Derrickson, 2008) is a film loosely based on EH North’s 1951 film by the same title, itself based on a 1940 sci-fi short story, Farewell to the Master, by Harry Bates. It is now more timely than ever.

The original film is set in the context of the threat of nuclear war; its 2008 offspring has been reimagined in that of the biggest emergency the human race has ever faced — the global ecological crisis — particularly because, as morally endowed creatures, humans are responsible for the other living beings on the planet. It has been frequently remarked in these days of the coronavirus pandemic that other living species on planet Earth — fauna as well as flora — could get along pretty well without us, but the reverse is not true. This thesis forms the backdrop to the narrative of The Day the Earth Stood Still.

The film is premised on the insight that one species on Earth — Homo and Gyna Sapiens — holds the fate of the other species in its hands, and confronts the viewer with the undeniable fact that sapients (thinking beings, supposedly) have grossly neglected their duty towards their animal and plant brothers and sisters. For that is what they are — our kin, developed over billions of years of natural evolution from the very same originary genetic material that comprises our life source.

And yet we have left them in the lurch, because of the human species’ drive for domination and control, of which the latest technologies — so deftly unmasked by Shoshana Zuboff in The Age of Surveillance Capitalism (2019) — are among many instantiations.

One of the ways in which we have constantly reneged on our responsibility towards other life forms is by destroying their habitat. This has been identified by scientists as one of the major causes of viruses — like the novel coronavirus — being shed by stressed animals, such as bats. Why stressed? Because their natural habitat is being rapidly destroyed by humans, ever greedy for more profit from palm oil and export beef, which is why forests are cleared in countries such as Brazil: for planting palm trees, among other crops, and to claim space for beef farming. I mention this because it is directly related to Derrickson’s film.

The plot involves the summoning to New York of Dr Helen Benson (Jennifer Connelly), an astrobiologist, together with a number of other scientists, to advise the United States government about an unidentified object, hurtling towards Earth at a speed of 30 000km/s. A collision with our planet at that speed would be fatal for all life forms, but the object — a large, luminous orb — slows down and lands in Central Park, where the scientists, as well as heavily armed police and military personnel, surround it.

Omitting most of the narrative twists and turns, an extraterrestrial being in a bio-engineered spacesuit and a gigantic “robot” emerge from the sphere; someone shoots and wounds the alien Klaatu (Keanu Reeves), who looks human (he’s been developed from a DNA sample aliens took from a mountaineer in 1928). He is given medical care and attempts are made to elicit the “truth” about a planned alien invasion from him, ignoring his request to address the leaders of terrestrial countries about “saving the Earth” (in his capacity as representative of a cluster of cosmic civilisations).

However, he escapes from the facility with Benson’s help and, at his request, she (together with her young stepson, Jacob) drives him to several places, the first of which is to meet with another alien in the guise of a man, Mr Wu, who has lived among people for 70 years. Wu corroborates the alien’s information: that humans are destructive towards the planet and unwilling to change, despite which he has come to love them. From there, Benson drives him to a forested area where she witnesses a smaller sphere, resembling the big one, rising from a river, with insects and animals flocking to enter it.

It turns out that these smaller spheres are appearing all over the Earth, and function as smaller “arks” for the collection (and transportation to the big “ark”) of representatives of all the other species on the planet. Klaatu’s earlier pronouncement, that he was there to “save the Earth”, was accurate. He was not there to save humans, but all the species that were likely to go extinct while humans dominate the planet. When Benson realises this, she implores him to give humanity another chance, and takes him to speak to a Nobel-prize-winning scientist in an attempt to change his mind.

In conversation with the physicist, and listening to music in his house, Klaatu comes to the realisation that human beings do have another side to them. In the meantime, the military have taken the big “robot” to Mount Weather’s underground facility to “open it up” with sophisticated drilling apparatus, but it releases thousands of miniature self-replicating nanobots resembling insects, which consume the facility and everyone in it, before spreading out from there in an ever-enlarging swarm that devours everything in its way.

Benson pleads with Klaatu to reconsider where they stand under a footbridge in Central Park while the swarm of destruction sweeps past them, entering Jacob’s body. Klaatu draws the nanobots from his body, walks to the big orb, touching it before the bots consume his body, and Benson, together with Jacob, watch as it departs as a blinding ball of light. Having seen sufficient evidence that humans have another, kinder and more compassionate side to them (partly in the changing relationship between Benson and Jacob, who became closer in the course of these events), Klaatu changed his mind. They managed to convince the alien to give humanity another chance, as evidenced in the neutralisation of the all-devouring swarm of nanobots.

The question that remains is: did humanity deserve another chance, on the supposition that it can change its destructive ways? This may “only” be a movie, but it poses a life-or-death question to viewers. One indication that humans probably don’t deserve another hypothetical opportunity to show that they are capable of overcoming their own “will to power” — an important Nietzschean concept — is the fact that, when the film was released in 2008, it received criticism for its storyline, which was regarded as being incoherent, and for being a poor remake of the original film. I have not come across a single review that noted its timely ecological “message” in a sustained manner. It is to the credit of Reeves that he recognised the contemporary relevance of its reimagining, and reportedly accepted the role despite disliking film remakes.

What does humanity have to do to earn the right to go on existing in the cosmic perspective of this important film? I earlier mentioned Friedrich Nietzsche’s notion of the “will to power”, which he regarded as being fundamental to all existence. This implies that every being, small or large, and every development in the cosmos, is an expression of the “will to power”, which always strives to overcome a previous stage of development in its restless striving. Needless to say, it is compatible with Charles Darwin’s theory of evolution, insofar as every member of every species faces the task to survive — asserting its “will to power” — in relation to the natural (or social) environment in which it lives.

But it’s easy to forget that one can read Nietzsche’s masterwork — Thus Spake Zarathustra — as putting forward the doctrine, that (paradoxically) the greatest power is the ability to overcome the will to power itself (which he articulates in terms of the overcoming of “the spirit of revenge”, or the attempt to master and control time — an attempt so evident in advanced technology today).

It is no accident, I believe, that Derrickson portrays humans in his film as overly aggressive — their default position, not only shown in their readiness to shoot at the alien, and to attack the giant orb with drones and fighter jet, but also shown in Jacob telling his mother that they should fight Klaatu, and informing the authorities of their location when he sees Klaatu’s (human) face on television, with the warning that he is an “escaped convict” or something similar. Nor does the president of the United States, who is in hiding, hesitate to give the order to attack the big sphere, despite his secretary of state urging him to negotiate with the aliens instead.

In short: humans are beings intent on confronting and frequently destroying what they see as being “other”, instead of finding a way to co-exist with it. They have not discovered that the greatest power is to overcome their own “will to power”. Unless they learn fast, instead of continuing their mad destruction of nature, they won’t need aliens to threaten their destruction as a species. Humans will do that themselves, but unfortunately they will take other species down with them.