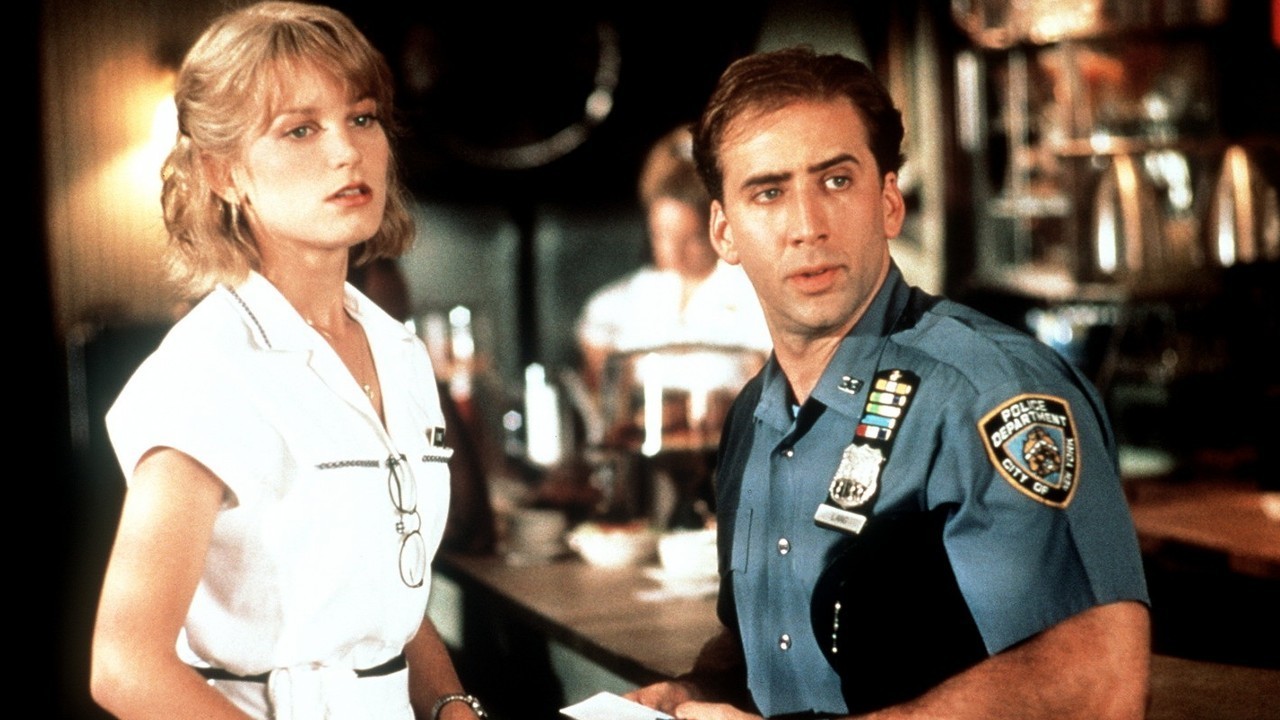 Ideology and enjoyment: A reading of the film ‘It Could Happen to You’

Ideology is a strange and deceptive thing, whether you call it ideology or discourse. The latter term is merely a way of foregrounding that ideology is always embedded in language in the broad sense, which includes images. Most people, if they even have a conception of ideology, associate it with a coherent system of beliefs, such as “racist ideology”, “communist ideology”, “fascist ideology”, “conservative ideology” or “capitalist ideology”.

In her classic book, Critical Practice, Catherine Belsey, following Louis Althusser, neatly disabuses this conception, showing that ideology is to us like water to a fish; it is the very medium of our existence and, just as the fish looks right through water as the medium of its living, ideology comprises the transparent medium of our existence. In short, what we unquestioningly regard as “common sense”, is usually the very ideology that sustains the way we live, whether it is as a racist, or a fascist, or whatever.

Belsey summarises it like this: “Ideology is inscribed in language in the sense that it is literally written or spoken in it. Rather than a separate element which exists independently in some free-floating realm of ‘ideas’ and is subsequently embodied in words, ideology is a way of thinking, speaking, experiencing.”

In the film, The Pervert’s Guide to Ideology (directed by Sophie Fiennes, 2012) Slovenian philosopher and psychoanalytic theorist, Slavoj Žižek, elaborates on this notion of ideology in a humorously entertaining, but nonetheless insightful manner, particularly when he discusses the long-forgotten and underrated film, They Live (directed by John Carpenter, 1988).

What Žižek demonstrates through his commentary on the film, is precisely that we usually look straight at all the manifestations of the currently dominant ideology without seeing it as an ideology that subtly and surreptitiously dictates the terms of our way of life. One of his sharpest insights — beautifully demonstrated in the film when the protagonist tries to persuade his best friend to put on the “sunglasses”, which inexplicably strip away the ideological veneer from visible reality to reveal the harsh ideological imperatives underneath — is that people (represented by the belligerent friend) do not like being told the truth about the ideology that keeps us captive.

Just how subtly ideology keeps us captive is illustrated when we consider modes of enjoyment under current socioeconomic conditions. For instance, as long as we anaesthetise our critical sense temporarily, we can enjoy a movie that takes the ideological status quo for granted, particularly when it is a typical, sweet, Hollywood romantic comedy, like It Could Happen to You (Andrew Bergman, 1994) — a movie set in New York against the backdrop of the largely unquestioned ideology of capitalism, according to which no one but you, yourself, is responsible for whether you succeed or fail economically in life.

Of course, this thought does not cross your mind at all while you watch the narrative unfold. It is the story of a big-hearted New York cop, Charlie (Nicolas Cage), who wins a $4-million share of the lottery. Because he promised a waitress, Yvonne (Bridget Fonda), either double the tip he did not have to pay her, or half of his lottery winnings (if he did win), when the statistically unlikely event occurred and he did win a share, he actually split his winnings with her. (The stuff of fairy tales, one would say, except that this movie plot is based on an actual event; how the narrative plays out is not, of course.)

But, as we’ve been conditioned to anticipate in this kind of popular film, the path of true love never runs smoothly: Charlie’s materialistic wife resents him sharing the money with Yvonne, who reluctantly accepts Charlie’s generous gift, based on his honesty (“A promise is a promise!”). Cutting to the chase, being kindred, generous spirits, Charlie and Yvonne spend time together, surprising kids by taking them en masse to a baseball game and unexpectedly paying for commuters’ metro tickets. When this is reported, photo and all, in the local newspaper, his wife throws Charlie out of the apartment, which she has been renovating to match her newly acquired wardrobe, and demands a divorce.

It does not end there either: she sues Charlie, not only for the rest of his winnings, but for the amount he had given to Yvonne too, and lies in court about being the originator of the winning lottery number. The result? The jury finds against Charlie (and Yvonne). They lose everything; or so it seems, if one thinks only in terms of money value.

But the movie has a surprise in store for the viewer, and this is where enjoyment (even in a ruthless capitalist world) comes in. During the court case, the plaintiff’s lawyer asks Yvonne to describe her relationship with Mr Lang (Charlie) at that time and, after hesitating, she answers: “I love him more than anything in the whole world”. Not “more than anyone in the whole world”, but “more than anything in the whole world”. This is important, because — probably unintentionally, as a kind of :slip of the finger” — the scriptwriter has revealed the weak spot in the capitalist ideology, which measures value strictly in terms of money. The fact that Yvonne says “anything” includes non-human entities, like lucre (money), and elevates love to a position of pre-eminence in the scale of values.

This is confirmed, and reinforced, later in the film, when Charlie, having looked for Yvonne (after her post-court-case disappearance) for days, finds her in the coffee shop she bought with the money he gave her (and would lose now). She tells him to go away, and laments the fact that, because of her, he had “lost everything”. Confused, he says to her that if she wants him to leave, he would, never to bother her again, and implores her: “But please stop talking about the money. It means nothing to me.” Here, for the second time, the film supplies anyone who reflects critically about it — regardless of the enjoyment of following this story of love and fulfillment (and one does enjoy it; it is just human to do so) — with the means to see through the lie that money is the sole criterion of value.

Predictably, however (it was made by a Hollywood company, after all) the film concludes with Yvonne and Charlie being showered with money gifts from New Yorkers when, after reuniting in the coffee shop, they give an undercover journalist (tellingly disguised as homeless man) a free meal and some money when he asks for food. His newspaper article, praising them for being willing to help him in “their darkest hour” is what elicits the outpouring of sympathy and gifts from the people of New York. But why “darkest hour”? It stares you in the face, because it is phrased in terms of the reigning ideology: times are dark when you are without money. The two earlier “slips of the finger” are eclipsed, here, by the reassertion of the reigning ideology. It does not attribute “darkest hour” to a lack of love; clearly they have all the love in the world when they are embracing in the coffee shop.

This is what Belsey and Žižek, referred to earlier, are getting at when they urge us to see that common sense, or the very visible world around us, is suffused in ideology to the point where we look right through it. So what is wrong with this ideology that reveals itself through these two tell-tale cracks in the movie, you might ask? (And if you do, it would show that you have not identified it for what it is, yet.)

What is wrong with it is that — like another film that reveals the same truth, Slumdog Millionaire, (2008) — it holds up an ideologically structured world to us as justifiable, despite the fact that, to be able to survive materially in it, you have to depend on statistical improbability (like winning a lottery, or a television quiz show) or the charity of others (like the New Yorkers who took pity on Yvonne and Charlie). There is no assurance that either of these two sources of succour will be available to you when you most need it; that depends on contingent circumstances.

What humanity needs is a world in which you know you will be taken care of materially when you most need it because you are a human being; not because you are financially wealthy and have good, expensive health insurance. That should be the sole criterion. This is not an argument in favour of communism or socialism; we are clever enough as a species to be able to figure out a way to help one another collectively without any such system. But the ideology that measures value exclusively in terms of money stands in the way of this, as It Could Happen to You so clearly reveals despite itself.