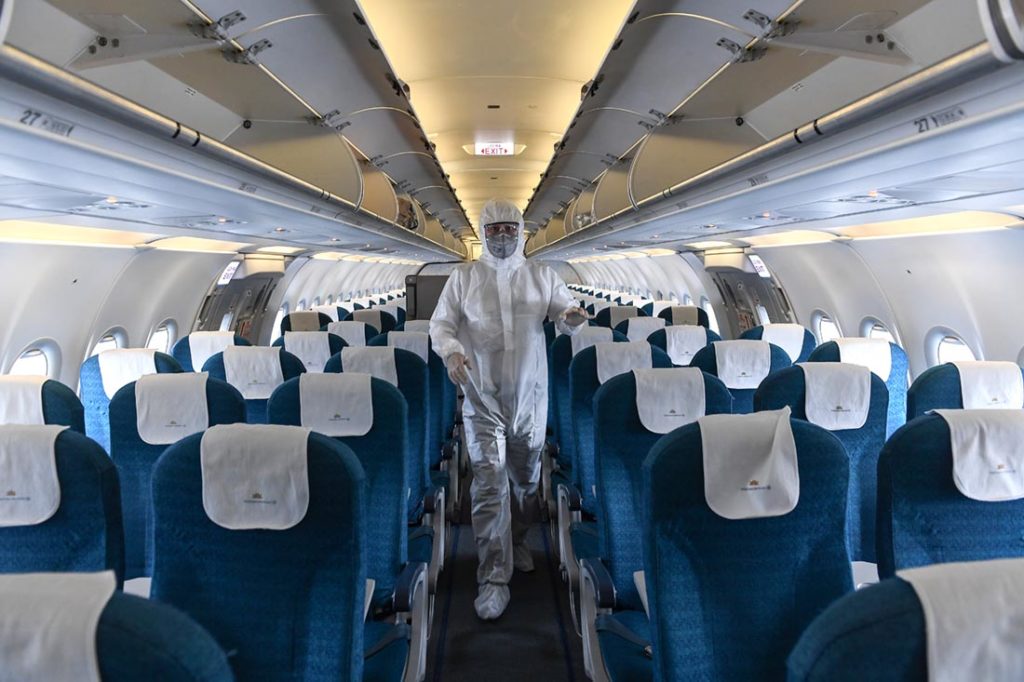 A doctor who thinks holistically about Covid-19

A friend of mine recently sent me a link to a long (one hour and 22 minutes), but not-to-be-missed interview with Dr Zach Bush. He is an internist, endocrinologist and hospice caregiver, who provides the most illuminating perspective I have yet come across on the novel coronavirus’s place in the complex causal chain leading to “deaths with the coronavirus”, as opposed to “deaths from the coronavirus”. More than a year ago, Bush predicted that the next virus to pose a threat to humanity would come from the area in China around Wuhan — significantly, a heavily polluted, industrialised area. It is impossible to cover every aspect of this wide-ranging interview here, so I shall focus on the question of causality.

There is a reason for this — one that Bush explains lucidly — and which can be summed up by saying that, as David Pittaway has pointed out, instead of claiming that the coronavirus is the cause of certain numbers of deaths in, say, New York, it is more accurate to say that it is one of the factors associated with such deaths. It is scientifically impossible, Bush states, to claim — as Johns Hopkins University does — that “a certain number” of people “have died of Covid-19”, simply because such a direct causal line between infection with the coronavirus and death cannot be established.

How so? This is where holistic thinking, instead of unilinear thinking, comes into play. We humans are all too inclined to think of effects as being the result of simple, linear causal chains. For example, in the event of a crime, where someone is shot by someone else and dies, we are content with the coroner’s statement: “Mr X’s death was caused by a .38 bullet entering his cranium, leading to severe lesions in the brain.”

But a holistic approach, which any good detective should follow, would consider all the complexities surrounding the victim’s death by shooting, insofar as these, too, would constitute associated “causal” factors in the crime. Was the shooting an accident? If evidence suggests it was not, under what circumstances did the victim die? Were there witnesses? And so on — so that if, in the end, it turns out Mr X was shot by a jealous husband, with whose wife Mr X was having an affair, his own actions would, ironically, have been a relevant, contributing “causal” factor, in psychological-motivational terms, in his own death.

To get back to the novel coronavirus: in a nutshell (I’m working from memory here; please forgive minor inaccuracies, if any), Bush explains how it is that the highest concentration of deaths in relation to Covid-19 has occurred in places like Wuhan in central China, the northern part of Italy and the city of New York in the United States. He does this by drawing attention to the similarity between the symptoms associated with being infected by the 2002-2003 SARS virus and the novel coronavirus, respectively, where (in both cases) most patients who eventually die, first turn blue (a symptom of hypoxia — a loss of oxygen in the blood), then their lungs fill with fluid, they get pneumonia and suffer organ failure.

In other words, he points to the anomaly of patients who die in hospitals, ostensibly from being infected by the virus, but minus indications that their deaths are connected with pulmonary or respiratory difficulties usually attributed to Covid-19. Instead, they turn blue, much like when someone is suffering from cyanide poisoning, and eventually die through a combination of hypoxia (lack of oxygen in their blood), inflammation of body-tissue, pneumonia and organ failure, usually that of the liver first.

The anomaly is heightened by the fact that these patients are capable of conducting apparently ‘normal’ conversations with doctors and nurses, as if they are quite unaware of what is happening to their bodies – certainly not like patients who are experiencing difficulties breathing. In short, Dr Bush says, these patients do not look as if they have a viral infection; it’s rather as if one has suddenly transported them from sea level to the top of Mount Everest, where there is much less oxygen. To put such patients on a ventilator, he reminds one, is positively dangerous, because it forces oxygen under high pressure into the lungs which, being hypoxemic and inflamed, are not capable of absorbing pressurised oxygen. It is therefore not surprising that about 9 out of 10 patients who were put on a ventilator in New York have died – they were treated for a respiratory condition, while it was really a hypoxic one.

There is therefore no point in treating such patients (a minority of those with Covid-19) by means of pulmonary interventions such as assisted breathing by means of a ventilator; ironically, they don’t present symptoms of being attacked by a virus – symptoms like fever and breathing difficulties only appear later, when the lungs fill with fluid. Dr Bush recommends that they should be treated in similar ways to treating someone who is suffering from cyanide poisoning, by changing the shape of haemoglobin in the blood, so that it can absorb oxygen again. To a question by the interviewer, whether the coronavirus is ‘causing’ this condition, Dr Bush replies that the virus is ‘participating’ in it, but not causing it directly; if it were, everyone with the virus would develop the symptoms resembling cyanide poisoning. But only some patients do. The virus, he says (and this is crucial), is ‘unmasking the toxicity of our environment’ (which then becomes a factor in the demise of people who have it).

This is where his holistic thinking comes in, and it leads down a path that refuses to exonerate the human race from being co-involved in the complex latticework of ’causes’ underlying the associated effects of the coronavirus. In fact, to use a cinematographic metaphor – nature-destructive human practices (including agriculture that destroys ‘soil-intelligence’) stretching over centuries comprise a scenario of sutured spatio-temporal juxtapositions which have laid the groundwork for the lethal effects, not only of this new coronavirus, but also of the related MERS and SARS (corona-)viruses (and who knows how many more pathogens) earlier in this century.

So what is the significance of the resemblance between supposedly Covid-19 symptoms and those of cyanide poisoning? Consider the emergence of the virus in the proximity of Wuhan and the toll it has taken in industrialised areas in China, Italy and America. Dr Bush’s claim is that it is in such areas, with a high degree of agricultural soil destruction through the use of the notorious Roundup, and air pollution from industrial emissions, which includes minuscule cyanide particulates (he refers to a recent paper on increasing cyanide content of the air people breathe in many cities), that the inhalation of this toxic mixture by people who have the virus leads to a kind of cyanide poisoning and the ensuing death of some of them. In other words, the virus is only one factor among a nexus of factors that eventually results in patients’ deaths. To prove his point, he reminds one that, since the cessation of industrial activities (and hence much cleaner air) in areas with a high death rate, the latter has gone down noticeably – it is the cleaner air, and not the lockdown procedures, that has made the difference.

His insight into these connections must, however, be seen within the even broader context of the question of the almost incomprehensible biodiversity found in nature – which, he points out, is the only ‘goal’ one can discern on nature’s part: to generate as much biodiversity as possible, for as long as time will allow. And, he reminds one, humans have positioned themselves against this ‘goal’ of nature. Instead of promoting biodiversity, most of our economic activities (such as polluting industries and the use of Monsanto’s Roundup, which kills the life-forms in agricultural soil) tend to destroy biodiversity. The endless engendering of diverse living entities by nature is also where viruses, including this one, come from. Dr Bush further reminds viewers that viruses are ubiquitous – in us, and around us – and that they are among our own ancestral building blocks. We come from viruses. Not only that; new viruses appear all the time, and at a rate, or speed, that no human manufacturing laboratory can match.