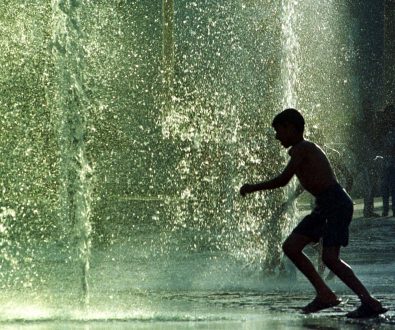 On Tuesday, I watched a video on the deteriorating water situation in the Arabic state of Jordan, which foregrounded to me the imperative, that countries give a central place to essential concerns such as the continued availability of water in their education programmes, from primary school through high school to universities. Unless they pay urgent attention to this pressing matter, they may be caught unprepared for dealing with an intractable situation regarding one of the indispensable needs on the part of human beings (among many other creatures). I don’t know of any world leader – in politics, anyway – who has made this a mainstay of his or her leadership.

Why, you may ask; after all, Jordan is one of the most water-scarce countries in the world. Indeed, but this is precisely why one should heed the scenario unfolding in Jordan today – it shows one what is likely to happen in other, less water-scarce countries in the future, as global warming starts taking its toll in more conspicuous fashion, as is the case in Jordan today.

In a Nature article on September 4 on the water situation in Jordan, Elizabeth Whitman raises the alarm on an issue that is bound to affect other countries and nations incrementally in coming years. Tellingly, the piece is titled: ‘A land without water: The scramble to stop Jordan from running dry — Climate change, a wave of refugees and poor planning are draining water supplies in Jordan’. Again, this may seem to intimate that the rest of the world need not be alarmed (yet); after all, the large number of refugees in Jordan is explicable by the proximity of its neighbour, Syria, where a civil war has forced thousands to seek refuge elsewhere.

Even without these masses of refugees Jordan would be in an unenviable position, however. Whitman describes a situation where winter rains used to provide ample water to the Druze community around the oasis of Azrac, for instance, where its pools, mudflats and marshes were annually replenished by the rain – until the 1980s, when the Jordanian government started drilling for wells near the oasis, pumping large amounts of water from the subterranean aquifers. With government behaviour as precedent, farmers followed suit, pumping as much water as they wanted from the underground layers of sediment and porous rock.

Predictably, the loss of water from the aquifers soon outstripped its replacement by annual rain. As early as 1987 the springs feeding the most important pools in Azrac ceased flowing, and around 1990 they dried up. Against the backdrop of a historical situation of plentiful water, at present the water table has fallen from where it used to be, at the surface of the land, to ‘tens of metres’ underground. And Azrac is a microcosm of what is occurring across the rest of Jordan. Whitman sums up the situation as follows:

The plundering of Jordan’s groundwater alarms scientists who are studying the country’s current resources and forecasting future changes. Jordan gets nearly two-thirds of its water from aquifers, and the supply is not sustainable, they say. Global warming has already hit the Middle East hard, and projections indicate this region will suffer profound problems in coming decades as rainfall grows more unpredictable, rising temperatures accelerate evaporation and the land grows drier.

That this is not just superficial speculation is clear from the considered, well-founded observations on the part of scientists in the field, as Whitman continues pointing out: ‘Marwan Al-Raggad, a Jordanian hydrogeologist who taught at the University of Jordan in Amman until last year, fears that the country will exhaust its groundwater in the foreseeable future. “Fifty years from now, we’ll be pumping from the bottom of the aquifer,” Al-Raggad predicts, referring to Azraq. He and a handful of other scientists are scrambling to map Jordan’s remaining water and project future changes, but their efforts are being hampered by a lack of quality data and limited financial support.’ 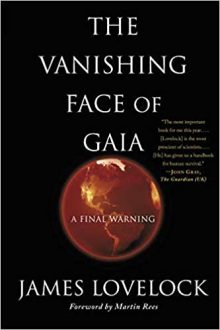 If anyone should think that this is an alarmist stance to adopt, they should think again. The ‘Day Zero’ water scare that confronted Cape Town not so long ago, and that certain cities in India are facing today, should swiftly disabuse one of such an impression. A decade ago the world-renowned climatologist, James Lovelock, already wrote, in The Vanishing Face of Gaia (Allen Lane, 2009; Penguin 2010), about the prospect of going to war over limited water resources; and water, he pointed out, is not the only resource to consider and secure – as far as possible – in the face of climate change. The challenges the world faces as far as sufficient food is concerned are just as grave (see Lovelock 2009: p. 84-91).

Hence, to return to my opening statement, above, where I linked the growing threat of water-unavailability to education: people who are well-informed, and – which is not the same thing – well-educated regarding the probable, if not certain, consequences of global warming as far as essentials such as water are concerned, are far less likely to ignore the perils accompanying its absence than those who are not. If the Jordanian government had been more prescient, they would have used their education system to educate people about the folly of squandering all the water in the aquifers, instead of preserving it for the future, and to prepare for a water-scarce future by investigating and preparing for the possibility of the desalination of salt water in the future.

This is only one aspect of an indispensable reorientation in education-policy all over the world: the probable effects and consequences of global warming across a wide spectrum should take centre stage in education-curricula from primary school to universities. Does that not stand to reason? Despite the howls of derision from the denialists, one has to emphasise this fact, because the majority of (sensible) people are likely to connect the increasing strength of storms, the increasing number of forest fires, and the inexorable rise of the oceans — have you seen how the water has risen in Miami, Florida, and Trump still denies climate change? — with global warming.

Anyone who does not agree with me here should ask themselves what the sensible thing to do would/should be when one is faced by a threat to one’s very existence — which global warming comprises, together with a host of other planetary ‘boundary processes’, such as species extinction, loss of arable soil, ocean acidification (let alone the plastic pollution of the oceans, destroying marine life on a large scale), etc. Anyone knows, from Psychology 101, that one’s first response to a threat is ‘fight or flight’. What would be the appropriate choice in this case? There is nowhere to flee to — except for science fictional speculation, we lack the means to flee at the speed of light, or even better, using ‘space-bending/folding’ technology, to distant, life-sustaining planets. So the only remaining option is ‘fight’ – for our survival. And that does not mean fighting against nature (see for example my post on ‘Geostorm‘); it means fighting by acknowledging and respecting nature’s limits and demands. This is why our educational institutions have to adapt their curricula, lest our children end up being wholly unprepared for what is coming our way.