How to bring South Africa’s fuel prices down – Use Sasol! 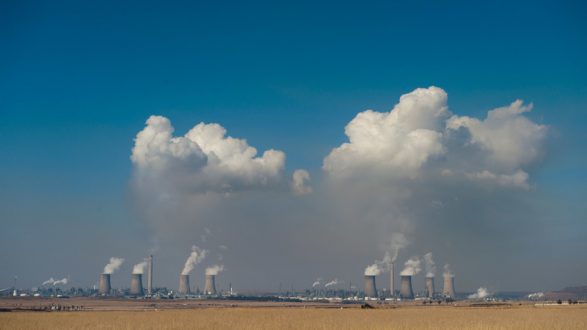 Just a quick thought: I have noticed that, quite apart from the large percentage of the debilitating fuel prices in South Africa being due to government taxes, our fuel is much more expensive than in the African countries surrounding us. (Check out these comparisons).

What strikes one when you look at these comparisons, is that countries which produce oil or gas pass the advantage on to their citizens in the form of cheaper fuel prices, which makes perfect sense. True — one does not want to face the chaotic economy as it is in Venezuela today, but there is a certain moral force behind the fact that it has the cheapest fuel in the world — around 14c a litre in SA currency terms — because the Venezuelans believe that cheap fuel is every Venezuelan’s ‘birthright’. Look at the fuel price in Iran, too, which is suffering under world sanctions because of a certain moronic president’s paranoia, but still keeps its fuel at low prices, with the consequence that its citizens benefit.

So why don’t we have similar benefits in this country? Because we don’t produce oil, you would retort. Yes, BUT we produce synthetic fuel from coal. Have you forgotten about Sasol? Sasol makes huge profits, but only its executives and its shareholders profit from it; not South African citizens, who should profit or benefit from it – after all, the coal deposits are in our soil, and every citizen should benefit from it.

How so, the average capitalism-brainwashed person would reply. Simple — let Sasol lower their fuel price by a modest amount, say, by R4 or R5 a litre, and you’ll see how quickly other petrol brands would follow suit. Besides, even if they do, I’ll bet that Sasol fuel sales would shoot up remarkably, compensating for the lower price — I would certainly fill up at Sasol fuel stations if this should happen. This is the least that Sasol should do, and the ANC government should admit that this is hopelessly overdue – or do so many of its ‘top’ members have shares in Sasol that they would resist it?

I know what the response will be — that this could not possibly be done, because the shareholers would object. Of course they would — think of all that moola that they would lose. But would they? It stands to reason that increases in Sasol sales would more than make up for it. And the country’s citizens deserve that break – compare the rest of the world where fuel is processed from oil produced in certain countries.

Regarding Sasol shareholders, Wikipedia informs one that:

Regardless of the influence of these entities on Sasol and the government, it remains the case that South African citizens at large do not benefit from Sasol’s operations, and that they have every right to do so. However, I must stress that I do not, because of this argument, support the production of fossil fuels; they should be phased out as quickly as possible, in the light of the worsening global ecological situation, and replaced by other sources of energy. (This was stressed in no uncertain terms in a recent IPCC report)

But, for as long as we are still dependent on fossil fuels for getting around, this is the least that the SA government — whatever government that might be (Democratic Alliance or ANC) — should do. It owes it to the people to lower their fuel expenditure as much as possible. Let Sasol lower their fuel prices — they are using coal from South African soil, and it is the birthright of South African citizens to pay less than international prices for fuel from coal that comes from SA soil. Come on South Africa government — use your imagination for a change — be visionary!