But Bacardi and Lipton Ice Tea is not the purpose of my writing today. You see I’ve always done this thing of creating drinks by mixing different alcoholic drinks with different non-alcoholic drinks. It was sort of a pastime of mine, particularly as a young man involved with student politics. Tequila and lemonade, Jack Daniels and Appletiser, Jameson and ginger ale and of course Vodka and Energy Drink – I know for a fact that Parmananden is Red Bull, that Parmananden Govender is Red Bull and that Avishkar Parmananden Govender is Red Bull — but let’s just say Energy Drink. It’s this definition of “Red Bull”, and its substitute, as an Energy Drink but not an Energy Cola that brings us to today’s discussion. You see, Coca-Cola has finally done what I’ve been asking them to do, for a very long time, they’ve released Coca-Cola Energy, an Energy Cola. Well it’s a Coca-Cola flavoured energy drink. It’s actually just Coca-Cola with added Vitamins, Caffeine and Guarana. Nice. So to dispense with the obvious: Vodka and Coca-Cola Energy is terrible. Do not, under any circumstances, mix them, do not, under any circumstances, drink that mix. Terrible.

It’s an Energy Cola not an Energy Drink. An Energy Drink, like Red Bull, is thin and diaphanous. It mixes well with the light spirit Vodka, whether traditional Vodka or flavoured Vodka. It goes down smooth and you can drink it all night without falling over. You can also use it to wash down Ecstasy pills, to hydrate Amphetamines and to lubricate Cocaine – but that is a discussion for another time. An Energy Cola, and I’m sure that Coca-Cola Energy is the first of any entire category of Energy Colas, is thick and voluptuous. It’s a heady draught of perfect refreshment. It does not fare well with Cane Spirits (I was disappointed as I had thought that Mainstay and Coca Cola Energy would bring my Thatha back from the dead), it does not play nicely with White Rum and it definitely does not escort Vodka capably. Indeed were it not for the dismal failure of Brandy and Coca-Cola Energy, I doubt I would have found myself testing the limits of the standard trade repertoire. It’s simple, it’s either brown or white. Having failed with the white, and having ruled the Brandy out, I was left to try Dark Rum. Coca-Cola Energy makes you want to get off your ass, get up on your feet and dance. Dance. Dance. Dance. Unfortunately the Brandy makes you want to sleep, and the Dark Rum is a comatose inducing sedentary syrup all of its own fortune. So, “No” to all of those.

Bearing in mind that the alcoholic drink with which Coca-Cola Energy is mixed would have to be a fairly common type (hence brown or white) and bearing in mind that the current recommended retail price for a 300ml can of Coca-Cola Energy is between R13 and R20 (which would be at least doubled for restaurants, bars and nightclubs) I was not left with much from which to choose. But choose I did.

The first thing that I asked when I tasted Coca-Cola Energy was, “Does this come in a cinnamon flavour?” and then I pronounced, “It needs whisky”.

Now Whisky comes in manner forms and in many styles. In the main, blended whisky is what is sold over the counter in restaurants, bars and nightclubs; however in some public lounges, specialization has seen the trade being in single malt whisky. What I propose is going to shock you and cause you some direct consternation. You see when mixed with Coca-Cola Energy… Grant’s is too watery… Glen Grant is too thin… Johnnie Walker Red Label feels like you’re missing coffee and whipped cream… Johnnie Walker Black Label is too serious… Dewar’s is just nonsensical… Famous Grouse is uninspiring… Bell’s is not refined enough… J&B is muted… J&B Jet is meant to be drunk neat not mixed… 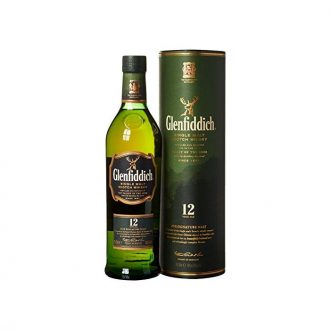 Glenfiddich 12-year-old is a clean tasting, pleasant finishing whisky that does not rely on the drinker’s nose or palate. It starts earnestly, warms graciously and disappears without a tantrum. It is a fine whisky indeed. Most would say that it should be drunk neat or with ice or with water or with water and ice; some would even hazard a suggestion of soda water or tonic water. Nevertheless it stands up to scrutiny and will serve as a fine whisky on any stage. Having said that, it is not without its flaws. It is too hard a neat whisky. It is callous with ice. It disintegrates with water. It cannot survive the ordeal of water and ice. It is not sociable enough for soda water and it lacks the fruitiness to offset the quinine of tonic water. But with Coca-Cola Energy it comes to life, buzzing with promise as each taste drives home the familiar Coca-Cola sparkle against the unfamiliar Energy rhythm. Unfamiliar with your first, perfectly natural with your second and unmistakably “what you’re looking for” with everyone that follows. Now, I’m not saying it’s cheap. The current recommended retail price of a 750ml bottle of Glenfiddich 12-year-old is between R400 and R500 (which would be at least doubled for restaurants, bars and nightclubs) meaning that a 25ml serving would cost at least between R27 and R34. This means, at reasonably priced establishments which only mark up their stock 100%, that your single Glenfiddich and Coca-Cola Energy will cost you at least between R26 and R40 + R27 and R34 = R53 and R74. If we are to presume that single malt whisky is traded over the counter in volume at fancy establishments then we are looking at this latest drink mix, being “Glenfiddich and Coca-Cola Energy”, costing you between R75 and R100 a time.

I mention the prices because I don’t want to create the wrong impression. I’m not cheapening Glenfiddich. I’m not cheapening Coca-Cola Energy. It’s just that there will be a class of person who will drink Glenfiddich and Coca-Cola Energy and there will be classes of people who won’t. Some Red Bull or Energy Drink drinkers will not make the move away from the cheaper Spirits with which they have been mixing their Red Bull or Energy Drink – or even more possibly their Coca-Cola; and will probably laugh off this recommendation as “too poncy”. That’s the thing though, Glenfiddich 12-year-old is not “too poncy”. It’s a straightforward single malt scotch whisky. Don’t get me wrong we aren’t speaking to the Klippies & coke market. Yes, I’m sure that some young boozehound is going to drink Coca-Cola Energy with Russian Bear vodka, or Bertrams brandy or Captain Morgan rum or some other spirit in one of those categories. I’m sure that some hazy contrarians will mix Guinness with Coca-Cola Energy (Black beer and Coca-Cola is a fantastic combination, just by the way). But none of this should deter the suave and certain, the educated and informed and the discerning and tasteful from enjoying the smooth and exhilarating Glenfiddich and Coca-Cola Energy whenever and wherever possible.

Published in Environment and Lifestyle