It’s Not All GOOD

By Avishkar Govender on 3 December 2018 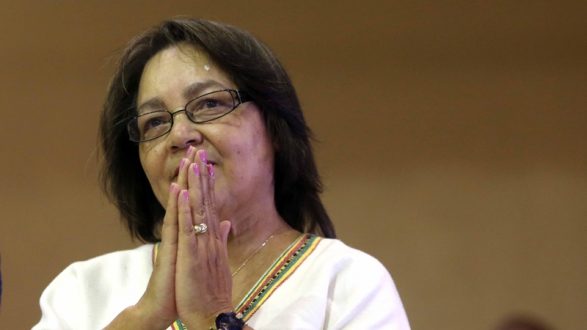 Again Patricia De Lille has left her political home and has once again established a new political party.

I think back to 2003, when I was an intern floating about the Parliamentary Precinct, doing nonsensical things; and Patricia De Lille left the Pan Africanist Congress of Azania (PAC) and established the Independent Democrats (ID). Resplendent in a colour scheme of orange, black and white and promising an optimistic alternative to the corruption of the African National Congress (ANC), and an optimistic alternative to the aggressiveness of the Democratic Alliance (DA), the ID was born.

Some years later, after benefitting from the “New Political Party… In It’s First Election Outing” votes; the ID joined the Democratic Party (DP) and the Federal Alliance (FA) in the Democratic Alliance (DA) and then some time after that, dissolved the ID and went “all-in” with the DA. This meant that Patricia De Lille had no way out, it wasn’t possible for her and her followers to leave the DA and to return to their own political platform; that is it wasn’t possible to disengage the ID from the DA, because the ID had been dissolved.

In a depressive country like South Africa, where bad news dominates the headlines; asking people to choose GOOD, to vote GOOD and to vote for GOOD is like asking a drug-starved, crack-addict to ask for more free crack. Its a “no-brainer”, South Africans will no doubt find a measure of positivism in their persons and derive, from that, the inclination to cheer for GOOD. This is what Patricia De Lille is hoping for, that South Africa will see the political party GOOD as an alternative to the BAD-conduct from the ANC, the BAD-news from the DA, and the BAD-mentality from the other opposition political parties.

The political party known as GOOD, is a reworking of the ID; and is going to leech off forgood.co.za, because forgood.org.za and GOOD are not propositions that will be easily distinguishable from the volunteerism platform forgood.co.za. This immediately disqualifies the political party known as GOOD from being a prospective beneficiary of the “New Political Party… In Its First Election Outing” bloc of votes. They don’t pass begin, they don’t collect 200 and they don’t get to play. That’s all, finished.

For the Socialist Revolutionary Workers’ Party (SRWP) to have impressed me with their integrity, they would have adopted a charter from NUMSA that specifies how the industry that NUMSA serves will be improved, in terms of both quality and quantity of production, for a lower retail price of the products and for a more accessible product range that takes new energy technologies into consideration. For the Socialist Revolutionary Workers’ Party to have impressed me with their determination to distinguish themselves as an option, they would have defined their own brand of socialism that doesn’t function on a tax-and-spend or a tax-and-provide model and that doesn’t rely on borrowing to fund expenditure. Alas the Socialist Revolutionary Workers’ Party does not impress me at all.

For GOOD to have impressed me with their integrity they would have secured more than just one headline politician, that is Patricia De Lille would have been one of many headline politicians, not the only one. That would have said that, “this thing has traction and is going somewhere”. To have impressed me with its determination to distinguish itself as an option, GOOD would not have reminded me of the ID in any way whatsoever.

GOOD is simply a cheap trick to split the DA’s vote for the benefit of the global-congress-movement. SRWP is simply another version of a proto-ANC party breaking away from the tripartite alliance and taking votes off the opposition who should get votes from those that are disaffected and disillusioned with the ANC. The UDM did this, the COPE did this and the EFF did this; and they did this while proving that they were not just clandestine actions of the ANC and they did this while proving that they were “anti-corruption”. Within one term they were proved to be ineffectual against the ANC and that they were proved incapable of condemning the ANC’s corruption.

GOOD will be not profit at my hands and GOOD will not benefit from my hands, in fact I had hoped to discourage Patricia De Lille from starting a new political party altogether, because the 2019 elections is about consolidating support for the DA, to actually beat the ANC in the provincial and national elections, and thereby give South Africa another opportunity to defend itself against becoming a failed state. We are literally on the brink of becoming a failed stated; and no amount of “socialism”, “revolutionism” and “workerism” will save us from this disaster. Similarly no amount of “make-yourself-feel-better” by “celebrating the GOOD” and by “maintaining optimism in the face of adversity” will save us from this disaster.

This means that while Nelson Mandela, Thabo Mbeki, Kgalema Motlanthe and Jacob Zuma served as Presidents they were being blackmailed and extorted about crimes that they were alleged to have committed. Generally, the clandestine services, now called the State Security Agency and the Ministry for State Security; pay off the crime syndicates that cannot be broken; and where they are unable to break the crime syndicates or pay off the crime syndicates, they enlist the help of business-people who are, themselves, also being blackmailed and extorted with their drinking problems, gambling problems and drug problems.

This situation is dire, and one that cannot be wished away, the political party known as SRWP is not a solution and the political party known as GOOD is not a solution. The ANC has run out of both energy and momentum to lead, and must spend some time on the opposition benches, rebuilding the ANC from the ground up; and actually making an offer to the people that is not predicated upon the ANC-NP-NNP deal. This is simply because the ANC-NP-NNP deal was about finding common ground between Afrikaner Nationalism and African Nationalism; both representing people that had been defeated by the British and both representing people who represented economic minorities. This common ground shone through at CODESA and in the Constitutional Assembly, and did not break down at any time.

Therefore to return from this digression, the political party known as SRWP and the political party known as GOOD will not be among the beneficiaries of the “New Political Party… In It’s First Election Outing” bloc of votes; and this is simply because they have not impressed me with their integrity and they have not impressed me with their determination to distinguish themselves as options. The net effect of SRWP and GOOD will be to split opposition votes, to counteract the consolidation of support for the DA, and to enable to ANC to retain power, without any legitimacy and without any real popular support.

This is because its not all GOOD, and because it won’t be solved by SRWP, that to allow the cowards to scurry away from their dramas and to establish new political parties, whether SRWP or GOOD; to generally herd votes away from the DA — is simply an offensive action of the global-congress-movement that acts in this manner, crafting stage positions that are designed to retain power for illegitimate congress parties. This is not something new and not something that will fool anyone. And so I must urge you to not be conned by the ANC, the other opposition political parties, the political party known as SRWP or the political party known as GOOD; and to choose instead DA — to consolidate all your support for DA, and to put DA into power across all provinces and nationally; this is the only way to turn this country around and to stave off the failed-state status that is lurking around the corner.

That is DA, Vote DA and Vote for DA.