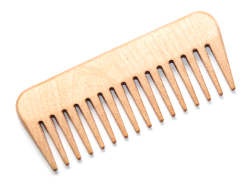 The hair debate must end

While watching Gillian Schutte’s documentary “It’s my hair … I bought it”, I thought the hair debate must come to an end. It’s banal and redundant. Talking about black women’s hair needs to stop being a question of national importance. Our hair is not all of who we are. Why have I never seen a documentary about white women and their hair? Because it’s not important and white women are not placed in a situation where they are disembodied and their hair becomes a symbol of who they are as individuals.

In Schutte’s documentary she uses a women’s conversation and a diary entry by Khanyi Magubane to tell the story about black women’s hair. There is the disturbing presence of a white woman (at least she appears white in the video, she could be black for all I know) who is silent throughout the documentary, but nods and smiles as though she were part of the conversation. She has a glorious mass of hair upon her head but she doesn’t comment about her existential crises when it comes to her hair. This scene sets up the documentary as an opportunity where black sisters are educating people of other races about the strange, ungovernable and inscrutable ways of our hair.

What is also worrying about the documentary is that black women participate in this discourse of hair politics. There’s something disturbing about listening to women who choose natural hair (or relaxed hair without the weave) take the moral high ground and judge women who buy weaves and straighten their hair. The conversation is also about the experience women have in the workplace where they are expected to dress a particular way. One of the woman in the documentary comments about why people do not choose to wear their traditional clothes in corporate environments. This is an issue about institutional culture and conformity rather than challenging it through diversity. This conversation can be held without reducing the issue to hair.

The hair debate is also held among black women who have embraced their “natural hair” and comment on “those women” who wear weaves and haven’t seen the light. This sets up a division among black women where there is a sense of judgment. Those who wear their hair natural are seen as more authentic yet those who buy their hair are seen as sell-outs who are unhappy, insecure and reaching for the illusive “Western” mould for beauty. Is this really fair? None of the women in the video have a weave (perhaps we’ll see that happen in Part 2 of the series). Why reduce a black woman’s sense of self to her appearance and even worse, to something as banal as hair?

My disdain towards the hair issue was heightened when I read an article by Melissa Harris-Perry, “My daughter, myself”. This is a reflection about Melissa’s relationship with her 11-year-old daughter, Parker. The aim of the article seems to be Melissa’s way of sussing out her daughter’s angst about what it means to be young in America. She asks her daughter about what she likes about herself, and Parker responds by saying “I love that I can wear [my hair] natural or in extensions or pressed. I have really great hair”. It takes an 11-year-old to put the pieces together. This is the crux of the hair debate: black women have great hair! This obviously smacks of “I’m black and I’m proud” discourse, but children often have a better sense of what is important when it comes to the simplest things, even hair.

I could have a different hairstyle for each season, just like any woman who can afford to change her hair colour at the salon. Making hair a political issue reduces black women to an exhibition as though being a black woman with or without hair makes one a problem in society. “Well no wonder she’s so poor, she spends all her money on her hair! … well no wonder she can’t find a man, she looks like a man, she has no hair!” These are the value judgments made about black women when we reduce them to their hairstyle. The hair issue speaks to the obsession there is about women’s bodies and how we should look in order to be seen as acceptable.

My hair is not a symbol of anything, it’s just hair and right now I’m too lazy to attend to it so it looks like a bad example of dreadlocks. I cut my hair at least once a year because I don’t think I have the temperament for hair salons (the fumes make me dizzy) nor do I have the money nor time to get someone to do my hair. Even when “soul sisters” have dreadlocks, many still opt for salons to style their hair periodically and this can cost up to R300 an appointment, which is equivalent to braids and perhaps the cheapest weave on the market. The point is, it’s just hair and it’s fun experimenting with it until someone tells me what I should and shouldn’t do to my hair. Even when it’s my own mother who believes, ubuhle bentombi zinwele zakhe.

This piece was originally published on FeministsSA.com

A teacher in Johannesburg.Interested in education,feminism and sometimes a bit of politics (with a small letter p).