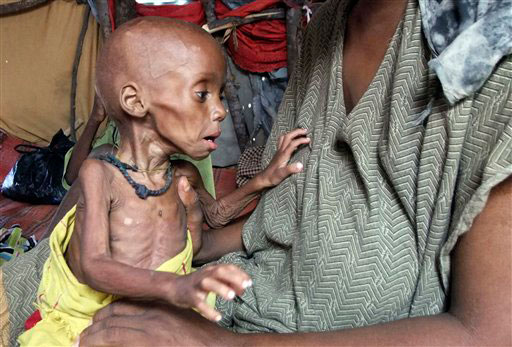 TIA – This is Africa

“This is Africa” (TIA) is used in the context of what is perceived to be “African” versus “unAfrican”. For this article, unAfrican includes, but is not limited to, systems that work, clean places and timeliness. African, however, is dirty, tardy and disorganised. Even though I surround myself with Afro-optimists, I have never heard TIA used in a positive context. As such, it perpetuates negative stereotypes of Africa. TIA is used by Africans and non-Africans alike but the tones are sometimes different. For non-Africans it is said with a certain nostalgia of home and worse yet an acceptance of Africa as a place to survive to tell the tale of a unique adventure endured. Africans say it with a sense of jest or a degree of resignation of the current state of affairs. For the Africans who travel beyond the continent, there is a certain longing for their country to morph into whatever country they have been to. This makes me envious of those who have not travelled as they do not miss what they have never experienced, that is no longer the case.

Africa isn’t dirty, it’s charming
Rwanda in many ways defies the TIA phenomenon. Rwanda like many other African countries had a history of many things considered African. But the current government is changing that. For instance, visitors to Kigali express shock that, “Kigali is so clean”. Why should it be such a shock that an African city is clean? In fact, Rwanda is now leading a continental campaign for sanitation. Contrast New York City to Kigali or other African cities. Some parts of NYC are much dirtier than the downtown areas of Cape Town or Harare (yes, even Robert Mugabe tries to keep his capital clean). Those not mortified by trash, mould, rats, sometimes the smell of urine in the subway system and sometimes graffiti-laden buildings consider NYC charming. There is no charm in disease-laden critters!

Organised chaos is still a form of organisation
Visitors to Rwanda also express shock at the general sense of “organisation”. The motorways in some African cities tend to give the faint of heart an experience that leaves them groaning; not Kigali. Kigali streets are limited to vehicles and motorcycles (where both passengers and drivers are required to wear helmets). Further, the drive from Kigali’s airport to the city centre is laced with palm trees, new shiny buildings, non-potholed roads and without beggars or touts (other than those representing MTN or Tigo). The ever-present traffic police impose bribe-free fines. Kigali has its share of chaos, it is just organised.

Cities are ‘the real Africa’
I often wonder what people mean when they say they want to see “the real Africa”. Is it the Discovery Channel picture of a lion chasing an antelope or slum dog voyeurism of a big-bellied child with a fly on its mouth sitting next to an open sewer? Sometimes when those seeking authentic African experiences go to African cities, they quickly protest saying they did not go to Africa to have indoor plumbing and electricity. They want to live as Africans do. News brief: Africans have indoor plumbing and electricity (not all, but the number is increasing). In fact, Rwanda aims to be 50% electrified by 2017. Bottom line is, bush and poverty alone do not define Africa. According to the United Nations, by 2050, 67% of the African population will be urban and modernisation will have taken place. Good luck finding “the real Africa” then.

‘African time’
African time is the stereotype that Africans are never punctual. It is a peculiar feature of African time that one can set up an appointment and show up late, if at all. Count yourself lucky to be contacted the next day to reschedule, but punctuality is still in question. These situations happen in Rwanda too, but in my experience considerably less than in other African countries. The notion of African time is an excuse made up by the irresponsible and incompetent trying to justify their lack of respect for others. There are people who turn up late all over the world yet no one accepts it as normal. Why are low performance standards accepted and even expected in Africa?

TIA indeed
Despite pre-existing stereotypes, Africa is quickly changing and the notion of TIA is hampering people’s mental progress of these changes. How can you expect change to happen when you constantly repeat a vote of no confidence by expecting the worst or expressing shock when the worst does not happen? Furthermore, it is unrealistic to make blanket assumptions about the continent. Despite the human need for even a little morbidity, it is high time we redefined our mental frame of reference to acknowledge the positive of TIA.

Jacqueline Muna Musiitwa runs Hoja Law Group, a boutique New York and Kigali (Rwanda) law firm that uses the law to bridge the African development gap through advising on deals that create wealth for Africa. HLG advises investors investing in and companies expanding within Africa. She is a frequent speaker and writer on African affairs. She is a Young Global Leader of the World Economic Forum.

Archbishop Tutu Fellows comprise dynamic young African professionals awarded the fellowship in recognition of their leadership qualities and the role they are currently playing in contributing towards the continent’s development. The Tutu Fellows are practitioners spread across various social, political, economic, environmental and activist sectors throughout sub-Saharan Africa. Over the last six years the Tutu fellows have formed a strong alumnus of leaders communicating across country borders with the aim of realising the potential and power of a truly pan-African continent. The opinions shared by the Archbishop Tutu Fellows are not necessarily those of the African Leadership Institute or of our patron, Archbishop Emeritus Desmond Tutu.