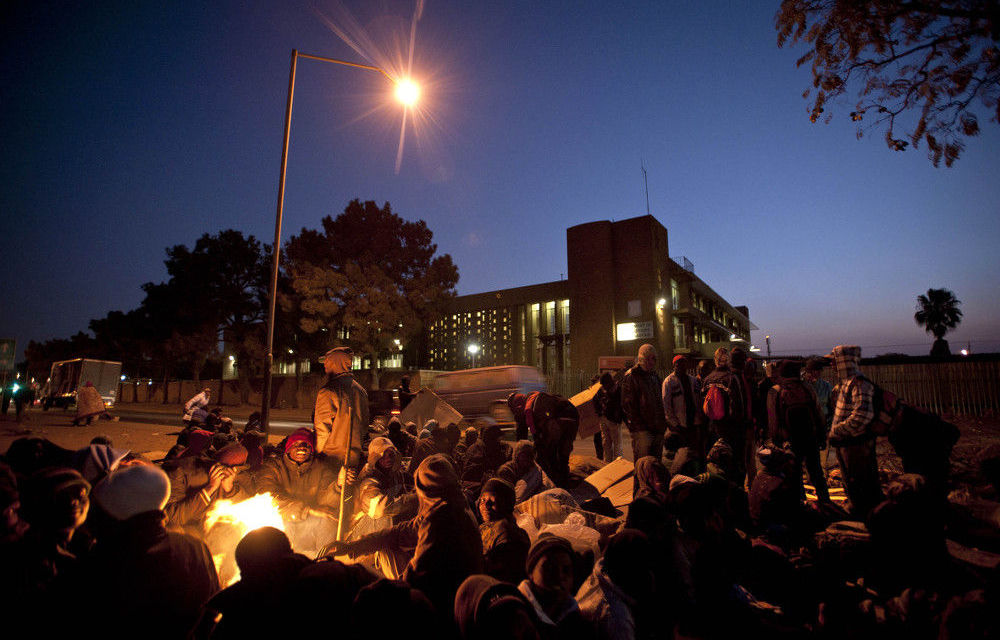 Political elites, not foreigners, are to blame for South Africa’s problems

A lot of people are demanding that the government must  #PutSouthAfricaFirst. In response I wonder and ask, well who is privileged above South Africa and its citizens? On and off social media, I’m told that foreigners are abusing their status as guests in our country by selling drugs to our children, destroying our infrastructure, burdening our healthcare system and taking jobs that would otherwise go to native citizens who desperately need them.

It must be acknowledged that anger at what seems like the ever increasing presence of immigrants is dangerous but understandable. With each passing year, post-apartheid feels like a grand dissapointment. For millions, secure and well-paying jobs are an elusive dream. Violence appears ever present and safety in one’s home or on streets is a privilege enjoyed by a few. Citizens still have to beg, strike and protest for the deliverance of life’s most basic necessities.

These signs of our societal decline and decay produce a mixture of feelings: fear for the future, frustration with an unbearable present and cynicism that drains people of energy, causing some to detach from caring about the state of the nation.

Amid this, we see “outsiders” from other parts of Africa and Asia opening businesses, obtaining positions in universities or being paraded in the news headlines as human traffickers and killers. Because of the mainstream news media’s sensationalism, the lies spun by our politicians , our toxic patriotism and an education system that teaches many to absorb knowledge but not think critically, we jump to false conclusions about foreigners. We have not been given the proper tools to assess and understand our reality.

We have fallen victim to the illusion of scarcity. And we are led to wrongly believe immigrants are a threat. In reality there is an abundance of wealth and untapped human potential. But there has been a flagrant misuse of our capabilities.

Three million South Africans lost their jobs because of the national lockdown to minimise the spread of Covid-19. As more citizens fall into poverty, the government moves forward with plans to bail out the failed state airline SAA. The cost of this rescue? R10.5 billion. Where will this money come from? Department budgets with funding dedicated to “building schools, support for maths and science initiatives in basic education, provincial road maintenance, allocation of human settlements to the poor, the land reform and rural development programme and allocations towards SA’s gender-based violence crisis”, according to a Daily Maverick report.

The move to once again bail out the irredeemable failure that is SAA captures one of the sources of our problems.  In response to crisis, the government drains resources that its most vulnerable citizens need to survive. Foreigners aren’t the ones exploiting us or abusing their status. Political elites have continually failed to deliver the freedom and well-being that was promised in 1994.

To those who believe that we should tell foreigners to voetsek, I ask you to explore this question: if all immigrants were to suddenly leave and never return, what would South Africa look like in five years?

Would electricity power cuts and scrambles for clean water in townships or rurals areas become a thing of the past? Would millions of young black people find themselves in well-paying, long term employment? Would our new reality be clean roads, well managed infrastructure, safer streets rid of crime and state departments functioning at maximum capacity?

My answer is no. The disappearance of foreigners, be they migrants or refugees, African or Asian, will not save us. It will not repair our education or healthcare system. The absence of Nigerians or Somalis will not lead to better service delivery. Exporting all Kenyans from our city centres will not eradicate the economic and social forces that produce drug syndicates and human trafficking.

Why? Because penniless migrants and traumatised refugees did not weaken our political institutions and economy. Inequality, poverty and ever increasing unemployment, which rob us of financial stability, security and the possibility of improving our lives, are not accidental. Largely they are the result of a political leadership and an economic system that puts its selfish pursuit of profit and the prosperity of a few above that of most South Africans.

The damage supposedly caused by foreigners, when closely examined reveals the failures of political leadership.  Policing, provision of basic services, state departments, management of the economy — these structures do not function independently. There are people who preside over them and make decisions about how they should work. The class that governs these structures has made a series of incompetent, irresponsible and destructive choices.

Migrants are accused of significantly contributing towards crimes such as selling drugs, human trafficking house robberies, petty theft, grand theft and murder. Immigrants are not saints or angels, they are humans and some will be involved in criminal activity. What is grossly exaggerated is how much foreigners contribute towards crime. According to Michael Masutha, the former minister of justice and correctional services, foreigners make up only 7% of our prison population. Therefore we can conclude that most people who are convicted for crimes are South Africans.

Crime is so embedded in our collective experiences that we’ve taken its existence for granted. What this overlooks is the economic and social conditions that encourage crime. Many of the criminals are those who are unable to meet their basic needs and for whom financial stability is elusive and opportunities few will use crime as a means of survival and success. It isn’t a coincidence that the world’s most unequal societies, with the most neglected communities, produce hardened criminals. Throwing people into prisons is easier than transforming society to eradicate the forces that make criminality seem like an attractive alternative to not surviving.

Drug abuse must also be understood at this broader level. Politicians and the police are quick to criminalise substance abuse while conveniently ignoring the social climates that create the market for illegal drug sales and distribution. Single parent homes, child abuse, rising levels of anxiety and depression among the youth, falling into the pit of long term unemployment — it isn’t surprising that many take to self-destructive forms of escapism.

What is needed is a distribution of resources to invest in the holistic well-being of our poorest people. The ruling party would rather misuse and greedily devour state resources instead of using them to create programmes and services that would stop life from being a brutal fight for survival. For example, since 1994 the government has spent R1.3-trillion on infrastructure to deliver clean water to South Africans, but because of corruption, poor maintenance and mismanagement, 21-million people don’t have clean water.

Immigrants, most of whom are here in search of a better life, do not sit in municipal councils, the corridors of Luthuli House or in the presidential office. Our anger is misdirected. Our righteous frustration at the injustices of society is wasted when we spend it on violently harassing migrants or refugees. This misdirection of outrage allows those who wield power to escape accountability.

So what must we do? The energy being used to stigmatise immigrants must be directed to collective organising and activism. There are a small but growing number of grassroots movements and nongovernmental organisations that do work that is in touch with the needs of South Africans, such as quality education, affordable housing, food security, workers rights and so on. These organisations include the Amadiba Crisis Committee, Abahlali baseMjondolo, Equal Education,  the Assembly of the Unemployed. They need our financial support and the commitment of our minds and bodies to their struggles.

I’d like to put forth a slightly radical proposition. Although I think the government is a persistent barrier to realising a better life for all citizens, voting them out won’t be enough. The story of this country is one of political institutions and economic power being used to rob people of their right to collective and self-determination. Colonialism and apartheid were vulgar forms of such domination. Although we’ve won valuable rights and freedoms, many struggle to survive and have control over their lives. The people of this country are not consulted on how their society should be run.

Until people seize the power to make meaningful choices about how political institutions and economic systems are run, we will continue to be victim to the narrow, corrosive interests of elites. Democracy must extend beyond the ballot box and be realised in our municipalities, workplaces, industries, schools and all spheres of public life.