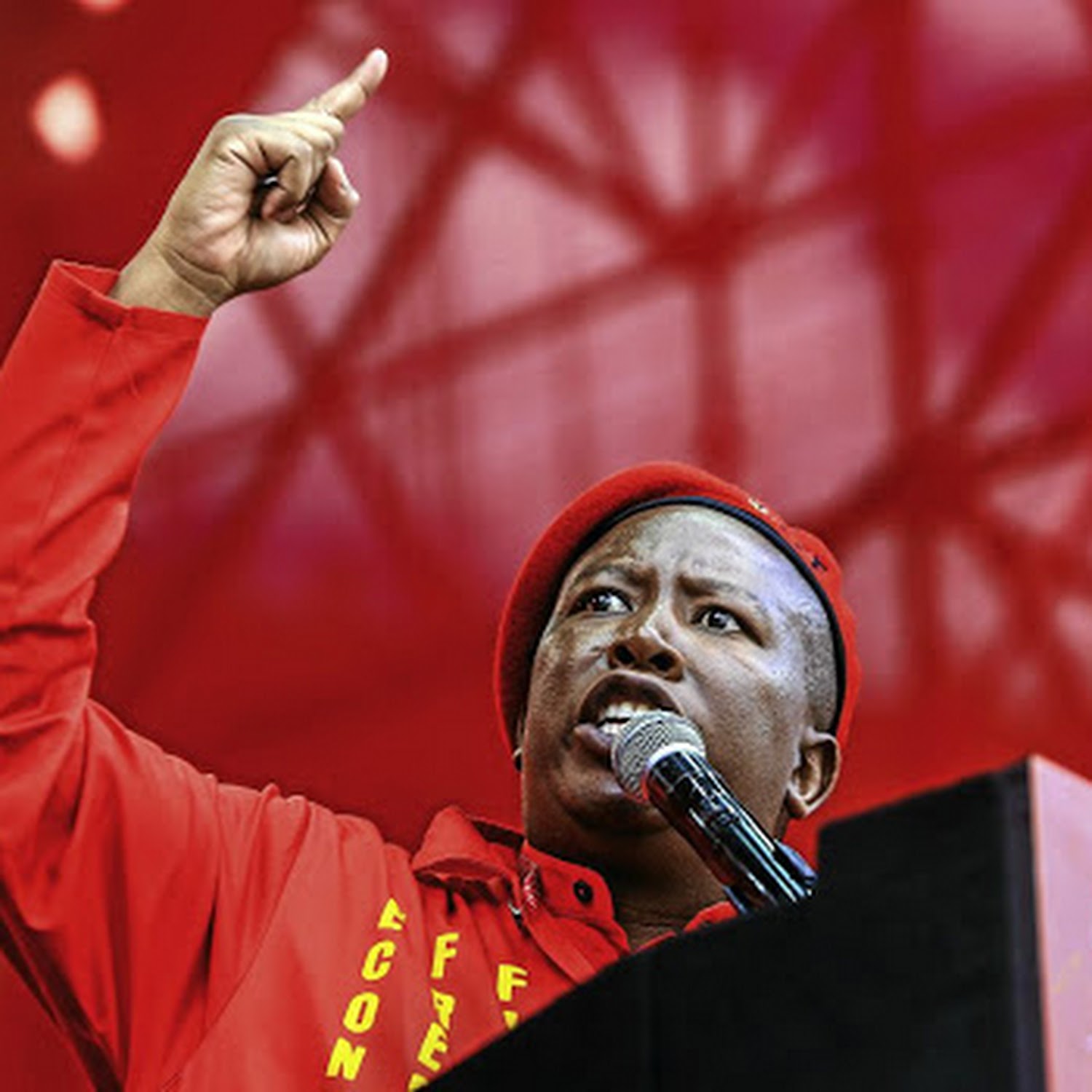 Is fascism on South Africa’s horizon? Around the world, an old but hauntingly familiar form of politics is on the ascent. United States President Donald Trump has banned an entire religious group from entering the US on the grounds of securing the country against terrorism. In India, Hindu supremacists menace the country’s fragile social stability. Brazilian activists, journalists and academics predict a return to military rule ushered in by President Jair Bolsonaro.

As state leaders spread sentiments that fracture societies and pass legislation that discriminates against vulnerable groups and people, one wonders whether we are witnessing a return of fascism.

No, rather what democracies are enduring is the rise of a new kind of right-wing populism.

The EFF deserves a better critique

Like their US counterparts, South African liberal columnists have distorted the definition of fascism. Apparently, the new fascists on the scene are the Economic Freedom Fighters (EFF) who some have dubbed the “children of Verwoerd” aiming to build an African Reich.

The EFF deserve severe criticism on many grounds, but discrediting the party’s politics as fascist doesn’t allow for a thorough critique of the organisation, and the upheavals in our politics it represents, to happen. One can see them as the “second coming” of the ANC: younger, adept at theatrical politics, bashfully radical and leftist (albeit very superficially) and led by strikingly charismatic people.

Sadly, the EFF shares the same flaws as the elders they scorn. Their alleged entanglement in the VBS scandal tells us that they too are immersed in a parasitic culture of corruption and patronage. The reaction of the party’s leadership to scrutiny by journalists betrays a party that fears transparency and accountability. These are authoritarian tendencies shared by the ANC.

While deploying intellectual critiques of white monopoly capital, the EFF’s proposed economic nationalism would not change the productive and political relations that create the inequality, poverty and unemployment they seek to alleviate. But they aren’t fascists.

The failure to accurately define and identify fascism signals a narrow understanding of South Africa’s political terrain. This limited understanding is induced by a liberal lens of politics. Liberalism can produce analysis that is starved of both a historical and materialist grasp of political reality. What we’re also seeing is not just a confident misunderstanding of fascism but an inadequate cognisance of the emerging strands of radicalism among young citizens. And the historical, economic and political forces which have raised radical born-frees.

Adam Habib recently displayed the deficiency of a liberal outlook in an Op-Ed for the Daily Maverick: We need to talk urgently about our new generation of activists — a small cohort romanticising war and violence. To some, the article passed for astute analysis. A focused and critical glare, however, reveals a piece bloated by unjustified, empirically dubious and poorly argued hysteria. Alongside the EFF, Habib warns us that fascist, racist and nativist ideas unravel the minds of a new generation of young activists. According to Habib, this new generation of troublesome radicals also show a worrying disdain for democratic institutions, norms and values.

Habib’s naked bias is as disappointing as the absence of rigour in his arguments. Before one can warn us of the lethal danger fascism poses to democracy, a clear and comprehensive definition or description of the phenomena is absolutely necessary. Habib and other liberal thought leaders often don’t bother to define the ideology they are critiquing. To compensate for a feebly supported argument, Habib summons the bloody legacies of past authoritarian leaders, boldly asserting that the young radicals (in and out of the EFF) propel South Africa to a future ruled by tyranny.

This is a rhetorical trick. It is analysis that falls down a slippery slope. Idi Amin, Pol Pot, Henrik Verwoerd: the memory of these leaders is chilling and this gut impulse of fear and moral repulsion distracts us. We should be asking: What were the policies of these regimes? What political philosophies motivated their actions and do we see worrying correlations in the behaviour of the EFF or our country’s young activists? Is the Afrikaner nationalism and white supremacy of Verwoerd, which enforced racial segregation, immoral hiearchies and exploitation comparable to the ideology of the EFF?

Furthermore, there is the question about the context under which the early 20th century fascism arose.  Are the conditions of Germany’s Wiehmer Republic or Italy (before Mussolini) distinctly similar to that of post-apartheid South Africa?

Back then, traditional elites co-operated with fascists in terror of international communism and strong labour unions. Is the EFF a representation of such alliances? Indignant but analytically lazy, Habib and others don’t bother to undertake such analysis.

The actual ABCs of fascism

Cultural theorist Umberto Eco offers clarity on the subject in his 1955 essay Ur-Fascism. It can be seen as a method of conducting politics when capitalism is threatened by an economic crisis. Mass unemployment, widespread poverty and ever-widening inequality corrode the vitality of a society. In such an environment, citizens live in a perpetual state of anxiety, fear, frustration and rage unable to secure financial or social wellbeing.

But a dejected population is only one result of an economic crisis. Another result is the inflaming of progressive movements that demand far-reaching reforms or systemic changes to halt the cyclic devastation that is inevitable under capitalism. Historically these groups have been labour unions, civil-rights groups, feminists, abolitionists and various strains of socialists.

Economic ruin and an indignant population, disappointed with conventional politics and radical movements working for substantial changes pose a danger to the domination of elites — be they state bureaucrats, career politicians or titans of the corporate and industrial world.

Fascism is a distinctly ultra-conservative, right-wing form of politics. Obsessed with tradition, fascists seek to preserve social orders in which they benefit from the subjugation of a despised Other. They yearn for the nation’s glorious past that was destroyed by the decadence of modernity and liberal individualism. The project has always been a collaborative effort between elites who can the extreme conservatism of fascists to eradicate progressive politics.

A new generation of radicals

South Africa’s young activists, unlike Mussolini’s Black Shirts, are marked by a passion for left-leaning ideologies. Involvement in and support for movements such as #FeesMustFall, #AmINext and #BlackLivesMatter are clear indicators of this. Born-free radical activists have shown aspirations for gender equity and justice, eradicating not only racist mindsets, but also structures that enable them, while making strides to tackle the pervasive classism in the country. Such efforts fortify democracy, not weaken it. The issue is that such activism will at times work outside the norms and institutions of capitalist democracy. Powerful collectives have interests in things staying the same — significant change will be resisted.

The repression of the Abahlali baseMjondolo movement demonstrates how democratic institutions can be rendered blunt in battles for socioeconomic justice. The movement protests evictions, rampant homelessness and advocates for public housing. Because their activism reveals the dismal failures of the governing party in regards to alleviating the poverty which creates homelessnes, Abahlali activists have faced intense persecution from government and state power.

Private security companies have become an increasingly pivotal force in the suppression of the desperately needed activism Abahlali baseMjondolo undertakes. We should be asking, how we can make democratic institutions and norms work for all citizens, instead of condemning those who work outside them.

Robert Paxton, professor emeritus at Columbia University, argues that fascism can be explained by its mobilising passions, such as the indulgence in notions of racial or ethnic supremacy. This occurs through the creation of an in/out group mentality. The in group retains a status of superiority and purity. This delusional status justifies the domination of others, through whatever means necessary. The out group becomes a scapegoat for society’s socioeconomic plights and dilemmas. Immigrants, religious or cultural minorities, communities that exist outside of social norms (for example LGBTI+ people) have been the historic and present victims of fascist propaganda and eventually its organised violence — the difference of such groups is viewed as weakness by fascists.

The trashcan of ideology

Liberals centre the individual as the primary agent of politics, often to an excessive degree. What is ignored by such a vantage point is how individuals are constituted by collectives. The individual is not some abstract entity, but a material being produced by historical, economic and cultural forces.

Lacking this sociological imagination, political commentators confuse anger and critique of white supremacy for actual threatening hostility towards white people. The intellectual inspirations of some radical born-frees, from Steve Biko to Frantz Fanon, are clear in that systems, not individuals, are to be struggled against.

One could point out that public debates on race need to be refined by a deep awareness of class. But unlike fascists, these views and debates do not reinforce racial divisions or demand the genesis of new hierarchies.

The critical race consciousness of my generation is a harsh but welcomed push against the rainbow nation jingoism of early post-apartheid. This mythology asked for reconciliation without holistic justice for those wronged. It required that we treat white supremacy’s greatest legacies with the mildest solutions for the sake of social cohesion. And its evangelists used it to dampen dreams of a meaningfully transformed South Africa. Because such a South Africa would endanger the material comfort of those who this country has always actually belonged to.

Unlike the ANC or the Democratic Alliance, the EFF has curated a zone of discourse in which young citizens can articulate their sense of betrayal into political action. Resorting to branding the party as fascist demonstrates that sadly some within our class of journalists, scholars and public minds do not comprehend the world occupied by young black citizens.

As others have pointed out before, the EFF’s perspectives on racism are very limited because race is used as a prop in their political theatre. And so the necessity of solutions to systemic racism are not needed but rather the provoking of frustration and rage in regards to racial injustice.

A few questions remain — What of the EFF’s embrace of militant masculinity and flirtations with political violence? I will address these in part two of this analysis, which will be published tomorrow.