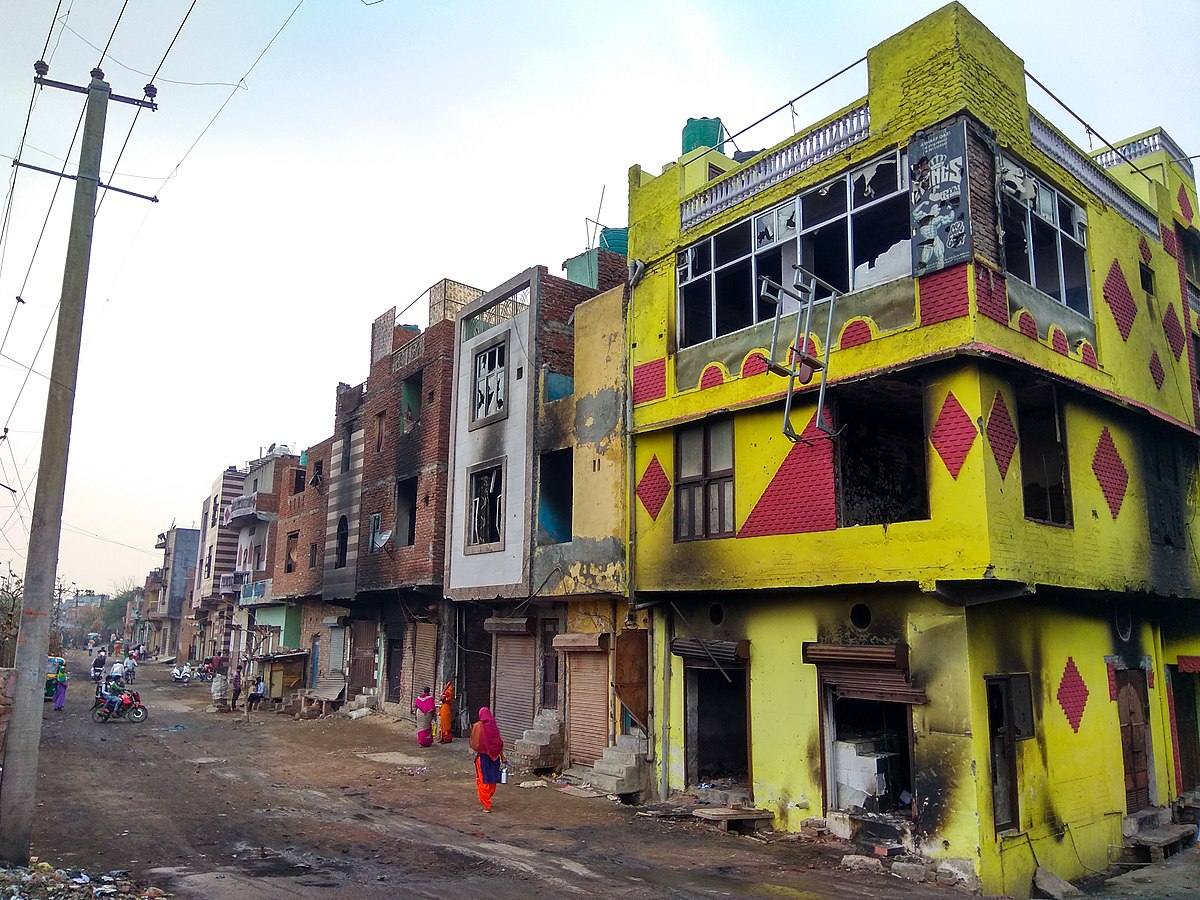 India: The conspiracy of law

The Indian government has, in the past few months, arrested several individuals under the extraordinary law Unlawful Activities Prevention Act (UAPA). According to the case the police is building now, these individuals — mostly students, activists, university teachers —  planned and instigated the riots that took place in North East Delhi in February this year killing more than 50 people (officially), the majority of them Muslim.

The riots helped resolve a mini crisis in the Bharatiya Janata Party-led government. Before the violence in Delhi, protests in India against the Citizenship Amendment Bill (CAB) and National Register of Citizens (NRC) were gaining unprecedented momentum. The CAB and NRC together threaten the citizenship status of millions of Muslims in India. A widespread movement cutting across different sections of the society had mushroomed quickly against this discriminatory Bill. It put the BJP government in an uncomfortable position. For the first time in years, it was struggling to control the narrative. Ordinary (and visibly) Muslim women had left their neighbouring homes and congregated in a North East Delhi suburb Shaheenbagh, reminding the government of the values of secularism. “Hum Kagaz Nahi Dikhayenge” (we won’t show our papers) ) became a resounding cry — a reference to the government’s demand that “genuine” citizens shouldn’t be troubled by the Bill as they should have papers to prove their citizenship.

Brutal police violence on Jamia Millia Islamia University students earlier had only added to the collective resolve. The February riots targeting the Muslim inhabitants of suburbs of North East Delhi was thus an effort to regain lost momentum. Kapil Mishra, a member of the BJP and the legislative assembly of Delhi, made incendiary remarks in public on February 23, goading mobs to attack Muslim protestors. Men were brought in from the neighbouring states of Uttar Pradesh catalysing a co-ordinated set of attacks on Muslim inhabitants of these suburbs.  The horror of these assaults was still fresh when the global Covid-19 pandemic set in.

The last remnants of the anti-CAA-NRC protests were dissolved in the ensuing chaos. The government did not want any trace to remain; amid the early churning of the pandemic, masked workers set about erasing the incredible graffiti on the walls of the Shaheenbagh. The orchestrated Delhi riots and Covid together dealt a body blow to the anti-CAA-NRC campaign.

In the past few months, a new narrative of these riots has begun to emerge at the hands of the Delhi Police; the police now accuse anti-CAA-NRC protestors of instigating the February violence. The UAPA is a crucial element in constructing this model. This law is not new. It was first tabled and passed in the Indian parliament in 1967. The law carries a presumption of guilt, suspends most of the fundamental freedom granted to the Indian citizen under article 19 of the Constitution and allows wide-ranging executive powers of arrest and incarceration. Since its inception in 1967, it has gone through a series of amendments, each change strengthening its anti-democratic core. The amendments in 2004 and 2008 under the aegis of a Indian National Congress government brought acts of “terrorism” within its purview. The 1967 version worked with a vague but powerful category of “unlawful”; most of the “unlawful” acts were defined in relation to state sovereignty (for example secession from the Indian State); individuals could be put away, habeas corpus could be adjourned, based on this.

It was already a powerful legal instrument in the hands of executives in this form. The post 9/11 world with its glut of anti-terrorism laws saw the Indian State augment the powers of UAPA, now adding an indistinct category “terrorism” to an already nebulous concept of “unlawful”. It drew on the other anti-terror laws such as the Prevention of Terrorism Act or POTA (2002, repealed in 2004) — among other things POTA allowed confessions extracted by the police to be used as admissible evidence in court — to reinvent itself as one of the most powerful extraordinary laws in India. Thus even in the hands of the Congress government, UAPA was an extremely efficient weapon for silencing critical voices. Yet, in 2019 the present BJP government decided to bring in a further amendment; now under this new amendment individuals can be categorised and apprehended as terrorists.

Notwithstanding the design and use of the law by the previous regime, the law, even in the 2004 and 2008 amendments, retained the category “organisation” in defining an act of terror. Individuals arrested under it had to belong or associate with a specific banned, unlawful, terrorist organisation. The state thus had to perform some labour to build a case against an individual. It had to demonstrate the individual’s connection to one of these organisations, however flimsy this might be.  The Congress government used this to the hilt to target the Maoist movement in central India and any civil society figure who was critical of its boots on the ground policy in these parts.

Now with the 2019 amendment, this last wrinkle in the fabric of  the UAPA has been ironed out. Individuals by this new definition can be categorised as terrorists. The profound totalitarianism this move unfurls is shocking. Added to the power the UAPA grants the executive to arrest people on the basis of intention (where an act of violence doesn’t need to take place if the intent to commit it can be proved) it creates the perfect legal instrument that potentially transforms any dissident thought into an act of terror. Any independent opinion critical of the present government, in this system, is already a step towards terror until it is proven otherwise.

Each dissenting citizen is thus a potential terrorist until acquitted by the executive. This is what is happening with the new spurt of arrests in India right now. Delhi police are using WhatsApp group texts of civil society members — replete as they are with disagreements, demands of action against police brutality, calls for moderations — as evidence for complicity in the Delhi riots. In a way, none of this is new. The British colonial state in India with its paranoia over a Communist takeover at a peak in the 1920s crafted a series of “conspiracy” cases to arrest leaders of trade union movements, The Meerut Conspiracy Case of 1929 is one of the more infamous examples of this practice. The government collected evidence for five years or so before they brought the case to the court.

In an uncanny and anachronistic resonance with the UAPA there was no actual act the colonial state could grasp and base its indictment on; consequently, the five years of labour was spent in painstaking incubation of a conspiracy.  In 2020, the amended UAPA allows BJP to ditch such circuitous routes to “conspiracy”. The citizen, by dint of her ability to think and critique, is already conspiratorial. This is the  legal form of fascism in contemporary India.