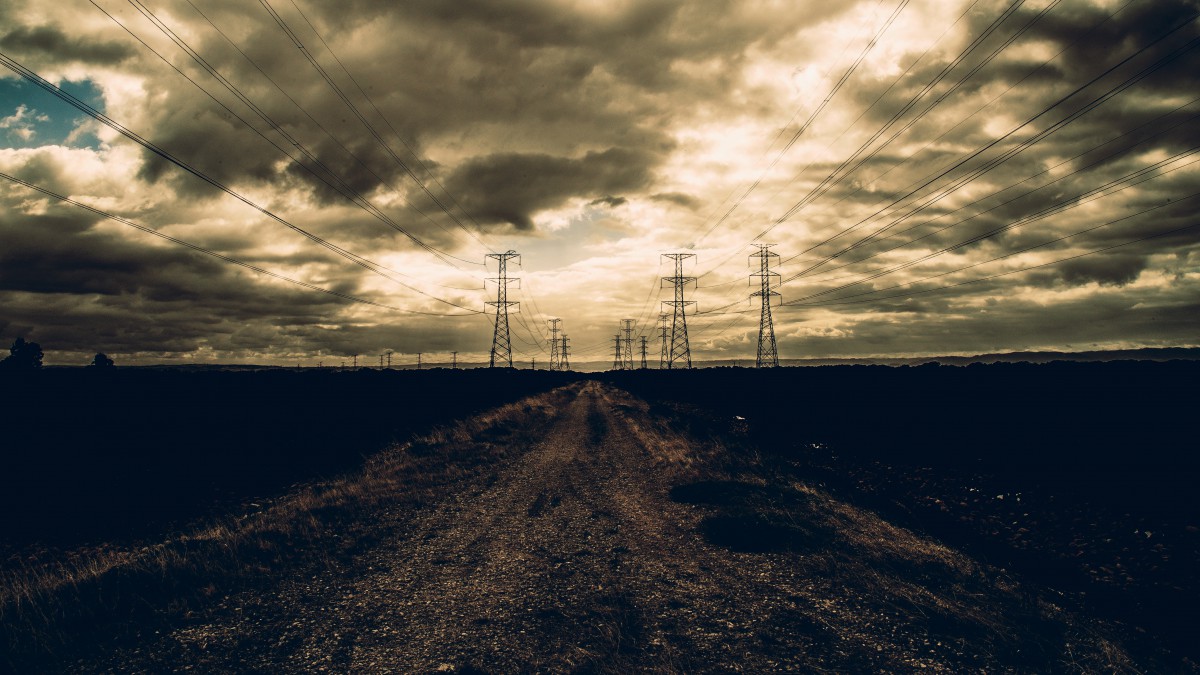 Is Eskom trying to lock us in? If so, we need to break free

A stunning new study recently came out from the Centre for Scientific & Industrial Research (CSIR). It demonstrated that by far the lowest cost option for providing energy to South Africa is to pursue a renewable energy future. This bright new reality, created by the rapid progress in clean energy technologies, provides “sun-drenched and wind-rich” South Africa with a truly incredible opportunity.

No longer do we have to choose between low-cost electricity on one hand, and clean air and water, and a stable climate on the other. No, we are on the verge of a clean energy revolution, where solar and wind could provide us with more than 80% of our energy, and save us more than R5-billion rand every year, while also preventing thousands of deaths from air pollution, the fouling of our water, and the undermining of the stability of our climate…

At least we would be on the cusp of that brave new day, if it weren’t for the corrupting influence of Eskom, Zuma, the Guptas, and co. Instead of embracing the new day that renewable energy could bring in, they are digging in to protect and expand their investments in outdated, polluting technologies which would lock South Africa into a much more expensive and harmful energy future.

Eskom, for its part, is busy pushing back against the highly successful Renewable Energy Independent Power Producer Procurement Program (Reipppp), which has allowed private investors to bid for renewable energy contracts, bringing in over R200-billion in investment, delivering us billions of rands worth of energy savings, and creating over 20 000 new jobs in just a few years.

In a desperate bid to protect their profits and those of the coal industry, it seems Eskom (in collaboration with the Department of Energy) are intent on scaring off clean energy investors and killing off a burgeoning domestic clean energy economy. In doing so Eskom is propping up the coal industry at a time where solar and wind are currently the lowest cost options for South Africa, with solar bids even coming in at half the price of coal in some parts of the world.

By stifling renewables and pushing forward with installing with coal power, including two of the world’s largest coal power plants in the form of Medupi and Kusile, Eskom are not only locking in higher energy prices for decades to come, they are also locking in coal’s harmful impacts in the form of lost human life, deteriorating health, polluted air and water, and destabilisation of the climate. Studies from Yale University economists show that if coal had to pay for its external costs it would be running at a net loss, because it causes more damage than good in the world. That’s what Eskom is locking us into.

Zuma, for his part, is busy pushing through a huge corruption ridden nuclear energy deal with the Russians, ignoring the fact that at the very same time, much of the rest of the world is retreating from nuclear power because of the realisation that it would be “a horrendously expensive boondoggle”. Even The Economist is urging the much less sun-drenched and wind-rich UK to “cancel its nuclear white elephant and spend the billions on making renewables work”.

With political operatives and entrenched interests attempting to lock South Africa into such a harmful and costly paradigm, the question we need to ask is: How do we break free? South Africa’s strength has long been our citizens and civil society, and we need to push back if we are to break down Eskom’s corrupt monopoly, clear the policy log jam, and allow the Reipppp to flourish so that we can unlock a low-cost, clean energy future. Perhaps we even need to overhaul our energy paradigm altogether…

With clean energy the most affordable option, it’s time we called for a moratorium on new major fossil fuel and nuclear infrastructure unless it can clearly be shown to be necessary and significantly in the public good. At the same time, we need to push our financial institutions to remove their investments (i.e. divest) in the fossil fuel industry and reinvest in renewables.

Contrary to the bright clean energy that could be in South Africa’s future, the fossil fuel industry is pushing forward a business model which locks us into a really harmful fossil fuel economy for many decades to come, and they’re using their political and financial clout to try and ensure the world stays locked into that future.

That’s why institutions across the globe – from the pension systems of Sweden and Norway, to the Universities of Oxford, Washington, and Sydney, to the World Council of Churches, the Bank of America, and even the Tutu Legacy Foundation – are breaking ties and divesting from the fossil fuel industry, and committing instead to finance a clean energy, low-carbon future which can provide lower-cost energy, greater job creation, cleaner air and water, and a decentralised energy grid which better bring power to all citizens.

South Africa, unfortunately, is miles behind on getting out of even the most harmful of fossil fuels, coal, with over 80% of our power coming from coal, our Public Investment Corporation holding more (risky) coal investment than any pension fund on Earth, our banks continuing to bank roll coal to the tunes of billions every year, and very few of major institutions having committed to divest their coal, oil and gas investments.

Fortunately, citizens, activists and students across South Africa are working to change that, and over 30 South African civil society organisations recently issued a call for Eskom to course correct and embrace a renewable energy future. But we need more, much more if we are to break free. It’s time that South Africans really pushed back against Eskom, Zuma and the political operatives serving the interests of the fossil fuel industry, before they lock us into an unaffordable and harmful energy future which benefits the few at the expense of the many.

Dr Alex Lenferna serves as South Africa Climate Justice Campaigner with 350 Africa.org. He is a former Mandela Rhodes and Fulbright Scholar with a PhD on climate justice from the University of Washington. He is a first generation South African whose family hails from the small island nation of Mauritius.