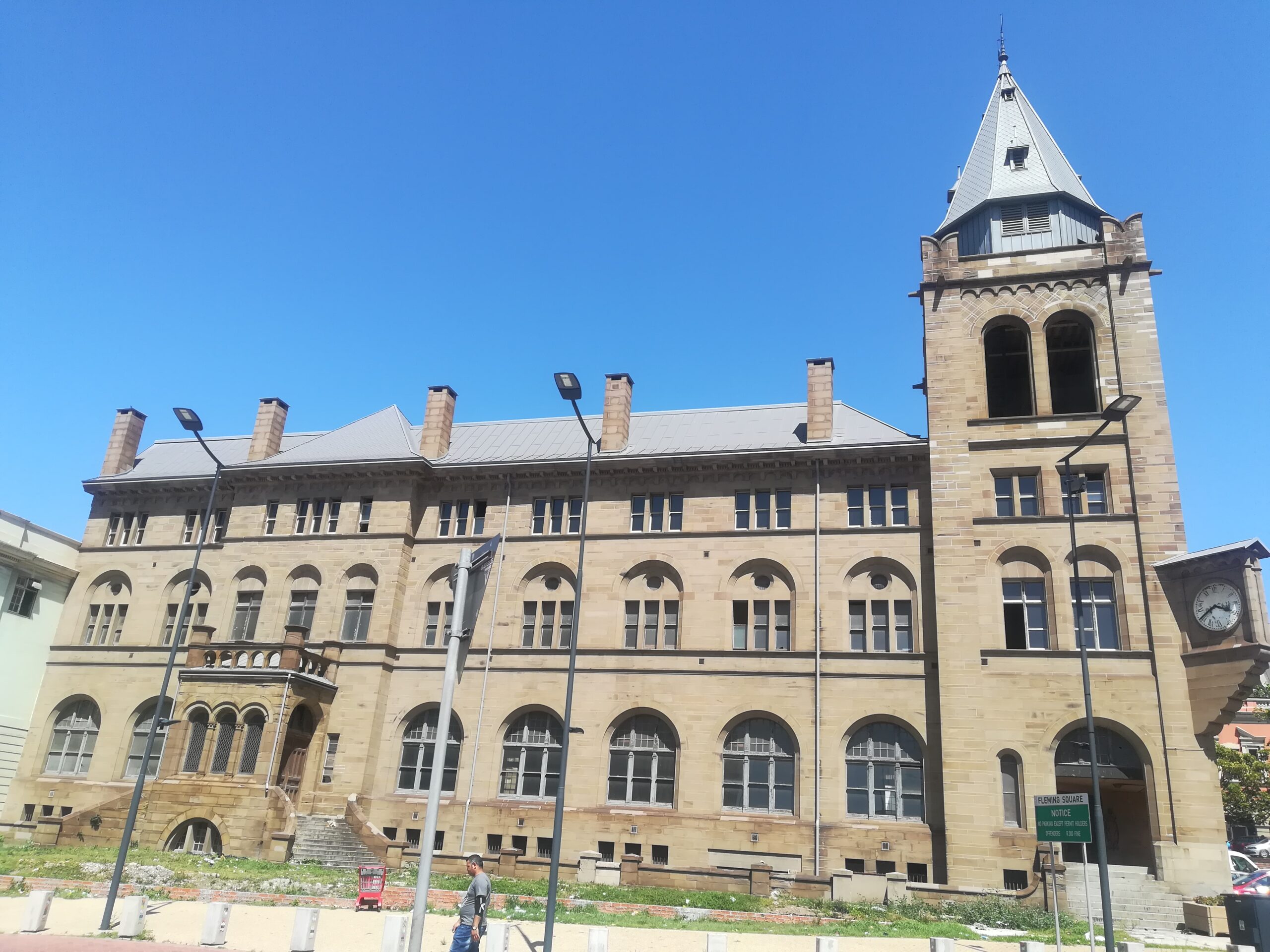 By Hendrik Conradie on 2 November 2020

President Cyril Ramaphosa recently added his voice to calls that the severe decay of historic inner cities in most of the country’s major cities (and towns) should be arrested and turned around.

Inner-city revitalisation is important, he indicated, as part of the economic recovery process, especially after the Covid-19 lockdown added to the destruction of our economy.

The president’s voice is important. Let us hope that he will add approaches, programmes and resources to that voice to give concrete effect. My doctoral research on inner-city turnaround and economic or tourism development (mostly in coastal cities in South Africa), and lessons learnt as practitioner and facilitator, inform the following advice.

Fortunately, there are successful examples of effective special ratings areas, also known as city improvement districts (CIDs). We can learn from what has happened in Cape Town’s Sea Point/Green Point/CBD, from Durban’s Florida Road (Morningside) and from global case studies and reports. Even though Cape Town is doing slightly better than other large South African cities — which is accredited to progressive inner-city governance, CIDs, and the active municipal problem buildings unit — there still are obstacles to overcome.

At 10 Wright Street, Woodstock, a deteriorating building has been occupied illegally by close to 200 people. It is an arduous process to vacate the occupants so that the building can be sold, repaired, or demolished to make way for new development.

Where most of the historic inner-city districts of large South African cities – and many other towns – were still economically viable and an attraction for local and international tourists two decades ago, severe decay is evident two decades into the 21st century.

The decay manifests in a few ways. Problematic and run-down buildings are usually found in the context of general inner-city decay. Lack of effective waste management, increased criminality, insufficient law enforcement, ineffective municipal service delivery, social ills and a deteriorating built environment are some of the salient characteristics of inner-city decay.

If timeous interventions are not implemented, inner-city areas will spiral even further downwards and become even more dangerous for residents and visitors.

Significant opportunities for economic, property and revitalised tourism development — and much-needed accelerated job creation — are some of the benefits of effective inner-city turnaround strategies, which is vitally important in this Covid-19 era.

What has caused our inner cities to fall apart in such a bad way? Research has found the following are largely to blame for the inner-city decay and the numerous problem buildings in inner cities:

· Corrupt practices and a total lack of attention and oversight by municipalities;

· The absence of legal and financial sanctions for transgressing owners of problem buildings and for careless and ill-disciplined community members who dump rubbish, for example;

· A general shortage of expertise and knowledge.

When city governments and municipalities have no dedicated inner-city turnaround programmes, no problem-building units and no expert project managers who can effect change (in collaboration with state/business/community), then there will be no change. Without aligning stakeholder focus and resources, investor incentives, and overlay zones to speed up property development there will be no change.

Ineffective waste management by municipalities, dumping of rubbish, general mess and lack of cleanliness all accrue towards a state of ghost town-like squalor and chaos.

Inadequate crime management programmes, in combination with a state where crime bosses call the shots — see the recent assassination of the respected Lieutenant Charl Kinnear in Cape Town, and so many others — can only lead to disinvestment from South Africa and from inner cities, leaving what was still somewhat decent to be trashed by those who just do not care.

Loitering and littering in the streets, crime and social ills, such as drug dealing, leaves some inner-city inhabitants too scared to leave their homes after sunset, even just to go buy essentials at the nearest shop.

Precinct-based turnaround programmes need to be driven transversally across departments and in collaboration with external stakeholders, by knowledgeable programme managers. Network and stakeholder collaboration, based on good rapport between leading individuals who are diplomatic, innovative and creative, must be promoted.

A unified vision and long-term focus for geographically manageable (small) development precincts is important. For example, in Port Elizabeth, the still-deteriorating Central area – an area with some of the best sea views in the country — could be divided into six to 12 city improvement precincts. Public and other stakeholders should align their resources per precinct for a long-term solution to inner-city decay and problem buildings.

In practical terms the deployment of “boots on the ground”, in the form of security wardens, who are connected to a CCTV system and police services, makes a huge immediate difference in inner cities.

There is much potential and a great need for turnaround projects inland, but to harvest immediate economic and tourism low-hanging fruit in the short to medium term, turnaround programmes and projects in the spectacular coastal cities should first be initiated and intensified.

In Durban the laudable property development initiatives in the Point area do not properly get off the ground because of the lack of a safe tourism corridor that can link the harbour, Point, the Esplanade, South Beach and North Beach.

Port Elizabeth desperately needs a tourism development zone in parts of Central and around the city hall, where magnificent buildings with great architectural and historical value at present are vacant and neglected.

So, too, in East London in the originally popular central beach area, close to the historical town centre, are heaps of potential and money to be made by prudent investors — once a sustainable, well-managed  turnaround programme has been launched.

Now is the era for co-production of public services, taking a long-term, sustainable view — where the private, community, academic and municipal sectors join hands per project, but within the framework of a broad, ongoing, inner-city improvement programme. Effective application of public sector programme and project management practices is crucial to be effective in turning around inner-city decay.

Residents’ and property owners’ collective organisations can make a huge difference to a turnaround initiative, given the apparent lack of effective political leadership.

The rationale as to why — apart from in Cape Town, Johannesburg and sparse cases elsewhere — so few city governments (municipalities) coordinate inner-city turnaround programmes is unclear. My doctoral study — and observations by any passionate patriot — points to the urgent necessity for effective inner-city turnaround programmes. Successful programmes to rehabilitate inner-cities are rewarding, with renewed local economic development and investment, tourism development, property investment, increased property tax income for the municipality, job creation and the creation of smart and innovative, thriving African inner-cities.

Here is a list of specific roles a city government can play to turn inner-city decay around, and to manage problem buildings in inner-city areas:

·  A dedicated programme or project manager should be appointed and be mandated by municipal managers to effect inner-city turnaround;

· The appointee should work across municipal departments and with stakeholders outside the municipality;

·  The creation of a municipal problem buildings unit would focus on problematic buildings and ensure that the owners of these buildings are encouraged by means of public administration and legal instruments to take the necessary remedial action;

·  The enforcement of laws and by-laws would contribute to restoring law and order in affected communities and is a vital component of any strategy to address issues pertaining to inner-city decay. Apart from serving notices on the owners of problematic buildings, the owners of unruly bars and taverns, those that consume alcohol in public, drug dealers, and those guilty of illegal disposal of refuse should all be brought to book.  The relevant laws and by-laws should be strictly enforced;

·  Where a substantial portion of the inner city has become significantly dilapidated it would be wise for the municipality to identify, as a start, a small precinct (for instance, four city blocks, or two streets) and ensure that identified problem buildings, waste, crime and any other related challenges are addressed and brought under control as soon as possible.

In a context where city governments need to turn around inner-city decay, effective public sector programme management is a vital component of a successful strategy, in line with international good practice. The following steps will be necessary: aligning interest groups and stakeholders within a city government with interest groups in the private and community sectors; allocating sufficient resources in a sustainable long-term model; and appointing (on contract) a dedicated senior programme manager by city government.

It is no secret that South Africa at this point needs hope, creativity and integrity more than ever in her painful history. The country is hovering on the edge of a deep economical and social precipice. Corruption and incompetence of city governments are significant risk factors, with seriously negative effects on potential inner-city turnaround programmes. Internal and external auditors and audit committees will have to keep a close watch.

Published in Business and General