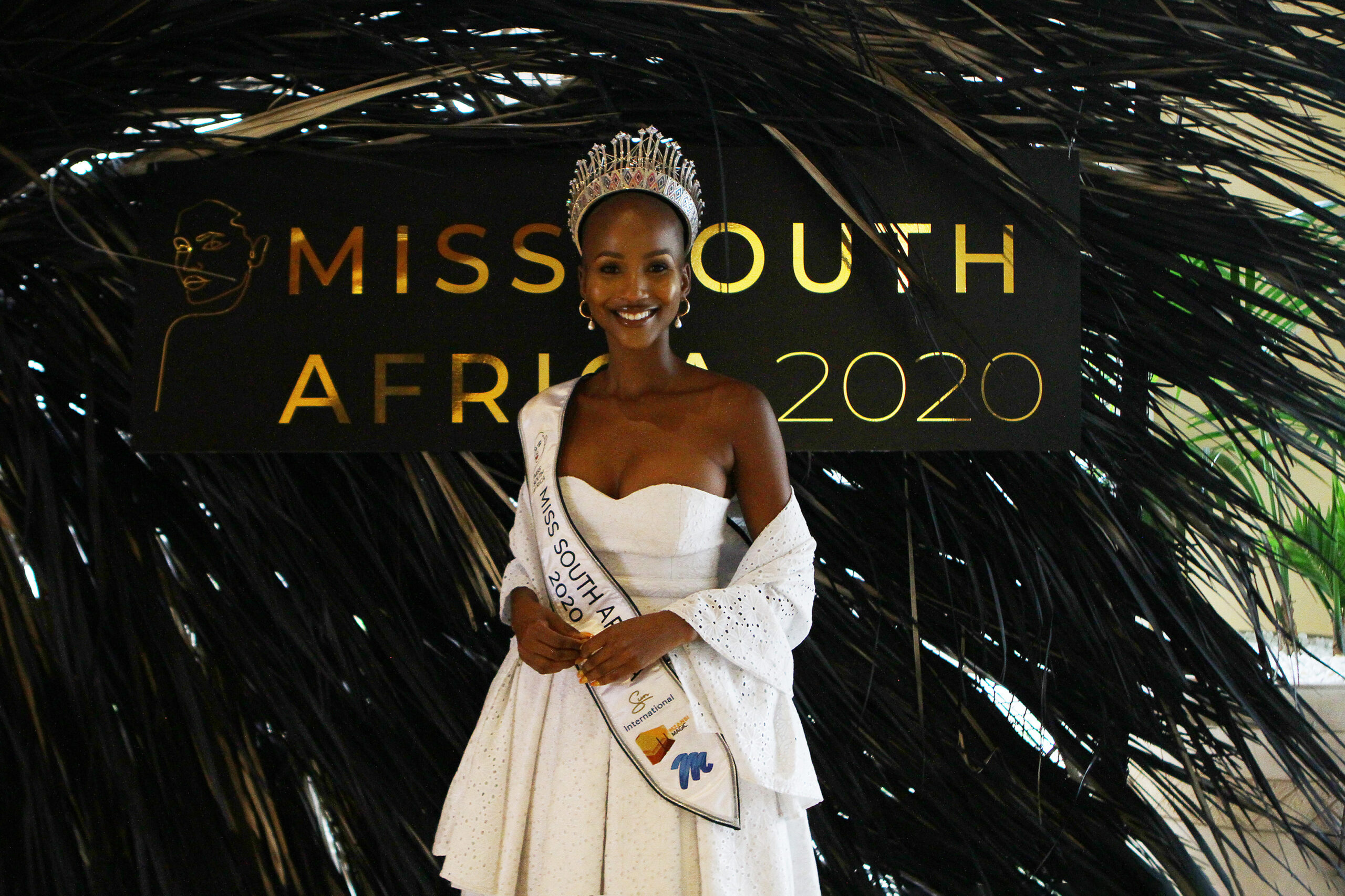 I am writing as a South African who has been triggered by the recent unbecoming racist, Afrophobic and especially tribalist comments made by my compatriots on social media about recently crowned Miss South Africa, Shudufhadzo Musida.

Some people have called her “ugly” and created memes comparing her to a man because of her bald head. I felt a sense of déjà vu to when Lupita Nyong’o, the dark-skinned, Oscar-winning actress, was named People magazine’s “Most Beautiful Person in the World”. Bigots back then spewed similar insults about her win.

As the child of Tsonga and Pedi parents from Limpopo, I took to Twitter to share my excitement after her win: “A Venda woman with no hair just won Miss SA (she’s the first Venda winner), from a tribe that experiences the most tribalism in SA & is deemed to be ugly. The women are often mistreated & made fun of. Beauty is redefined. This will have ripple effects! This is big #MissSA2020”.

But the ripple of comments left for me underneath that tweet and the quoted replies have honestly left a bitter, bitter aftertaste.

Although South Africa is supposedly a democratic country, we are still haunted by the past. The cracks in our rainbow nation rhetoric keep widening and are constantly being exposed through xenophobic, racist, sexist, classist notions and other forms of prejudice that manifest themselves and get reported on in the media.

The most recent example is the Clicks hair fiasco which almost set the country alight. I found it to be a sweet irony and affirmation to black people that a month after they were told that their hair is undesirable, a black woman with no hair won a beauty contest.

And yet, derogatory comments still made their way on to social media platforms after Musida was crowned — and mostly from other black people.

This is upsetting since beauty contests, thousands of which are held annually around the globe, are a European invention dating as far back as the 1800s. Women were judged on their physical attributes and sometimes personality traits and talents, but mostly on the contestant’s phenotypical appeal, according to European ideas of what beauty is.

African nations have always had their own views on beauty and what they consider beautiful. In my Tsonga and Pedi cultures, dark-skinned, voluptuous, big women were considered beautiful, whereas a man’s attractiveness was his wealth, often seen through livestock and land ownership and his ability to look after his family. Men with big bellies were celebrated as that was seen as a show of his riches; the fact that he did not go hungry himself.

Colonialism disrupted all that and the Eurocentric views and their oppressive and exclusionary standards of beauty were imposed on their colonies. This Eurocentrism of beauty is a disease that plagues many nations across the world from Asia to the Middle East and even the Americas.

And it is still very much entrenched in the psyche of many Africans who aspire to conform to those ideals.

Many African women want to be skinny, pointy nosed and light skinned (with some even bleaching their skin) and have manes of flowing, shiny hair. Men aspire to being muscular hunks like the fatphobic, heteronormative icons projected on men’s magazine covers.

Although I personally have my own reservations towards beauty pageants — because they can lead to sexist notions about women, perpetuate impossible beauty standards and cause low-self-esteem and eating disorders among other things — I am very aware of their potential power, because beauty is political.

Reigning Miss Universe, Zozibini Tunzi, was crowned in 2019 to much critical acclaim globally because she is a dark-skinned woman with short hair who contested a space traditionally reserved for lighter women with long hair — be it natural or not.

South Africans from all walks of life celebrated the win as their own and even took her words “taking up space and cementing ourselves” as a new slogan for women and men alike.

This proves that a beauty pageant can confirm or destabilise beauty standards that so many hold dear to their hearts. They can shatter stereotypes and expose deep-seated views of beauty.

So, why the negative comments about “Shudu”, as Musida is affectionately known? I believe it is because of the tribe she comes from.

The eye of the beholder

Musida’s win has had many complaining that she is not beautiful enough and is too thick and curvy. Sadly, the comments were made mostly by other black people from different tribal groups, such as the Xhosa or Zulu, who are in denial about their own privilege and higher position in the hierarchy and kyriarchy of tribalism, colourism and other “isms”.

I have first-hand experience of being treated as an outsider, someone who belongs on the periphery, an appendage. I have been harassed by police, be it in shops, streets or airports who have told me I do not look South African — whatever that means. So, the attack on our Miss South Africa is personal for me.

Musida is a 24-year-old philosophy, politics, and economics graduate who comes from Limpopo. She is a proud Venda woman, a tribe that together with the Tsonga people experiences the most, if not the worst of tribalism in South Africa.

In the lengthy and informative Twitter thread I wrote a few months back, I addressed exactly how and why Tsonga and Venda people are at the bottom of the totem pole of tribal hierarchy. There are harmful and violent discourses about how difficult our languages are and how dark-skinned we are. We are also seen as hypersexualized, less attractive and too intelligent. People from higher up the totem pole say we eat dirty or scary foods (such as masonja or other bugs) and refer to us in the same xenophobic and Afrophobic terms used to alienate other African nations.

The 2008 negrophobic and xenophobic attacks and the accompanying rhetoric on social media remind us that tribalism starts with jokes and comments about the “other”.

This has the potential to be deadly. We need only look further north at Rwanda to see how tribalism turned into genocide, how victims became killers.

Most black people understand racism and all its nuances and expressions and cry foul when some white people tell them to stop playing victim and move on, yet many have internalised their own oppression and mete it out to each other,  a concept that Pierre Bourdieu aptly termed symbolic violence. So, when it comes to other forms of oppression — such as homophobia, xenophobia, ableism, colourism and tribalism  — they feign ignorance.

I am aware that “beauty is in the eye of the beholder”, however the beholder may have had their vision blurred by harmful socialisation in problematic beliefs such as that other tribes (but mainly the darker-skinned tribes from Limpopo) are not beautiful, because they are the antithesis of whiteness.

I find it distasteful to act as though we do not exist with intersectional identities, where the wheel of oppression and matrix of domination shifts and changes depending on temporality and context. Black people, like everyone else, are three-dimensional beings who can be both the oppressors and the oppressed. It is disingenuous to attempt to deny our own privileges and ways in which our existence impedes on those of others — we are not always victims.

Calling a woman ugly and even advocating for a white competitor to win is symbolic and indicative of how tribalism, which existed even prior to apartheid, is still a big issue and should be addressed as a matter of national importance because it impedes on true reconciliation and transformation.

I implore those people who are proudly spewing hate and denigrating Musida and her Venda tribe as a whole, to take a step back, pause and realise how harmful their comments are to a whole group of people. I ask that they also take into account that they are continuing the design by the apartheid masters to divide and conquer. This is what they wanted; for us to be separated and self-hating blacks.

Published in Equality, General and Lifestyle