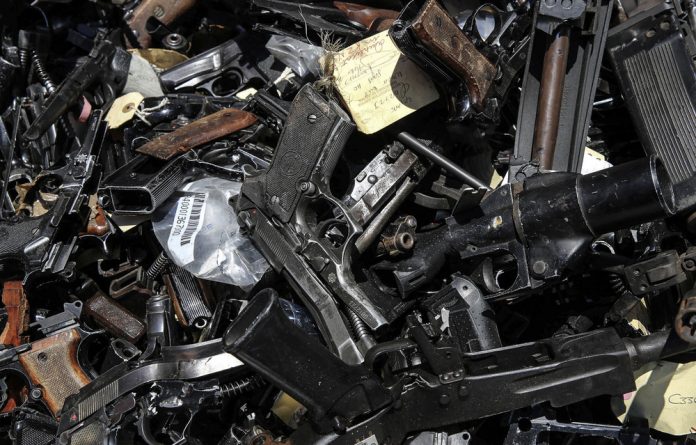 Future gun control has been shot down

Firearm manufacture is an ancient technology.  Dated designs go back to China in the 12th century whereas more “modern” mechanisms appear as early as the 13th century. Manufacturing firearms has never been particularly difficult, but an effective and reliable build requires some technical knowledge. Industrialisation yielded benefits – improvements in quality at a lower cost, which was almost impossible to match with any non-industrialised process.  Well, that was until 2020.

From 2013 to today, 3D-printed firearm technology has moved to the point where a gun that is semi-automatic (or automatic, it’s really a technological preference at this point), accurate, and reliable to several hundred if not thousands of rounds, is simple to manufacture.

In 2013, Cody Wilson as part of Defense Distributed, a digital printing and firearms company, showcased The Liberator — a fully 3D-printed firearm that was single-shot, almost single use, highly unreliable, difficult to replicate and too expensive for mainstream manufacture.

The subsequent backlash against Defense Distributed, primarily driven by “ghost gun” fearmongering, included the ineffective shutdown of the company’s servers by the US Department of State. But The Liberator was downloaded more than 100 000 times before being removed — and by then the files were just shared on other networks. It also generated fantastic publicity and acted as the catalyst for the 3D-printed firearm revolution.

Followers of Defense Distributed and other designers, engineers and publishers began collaborating on the manufacture and design of 3D-printed firearms in an agile and decentralised manner, analogous to modern software development. The collective, currently under the banner of Deterrence Dispensed, improved on existing designs, developed new ones and began tackling major barriers to the reproducible home production of reliable firearms.

From 2013 to date, we’ve seen the printing of AR lower receivers, a range of full and hybrid pistols, magazines and other components which by their very design and ease of manufacture circumvent legislation designed to prevent their proliferation. For instance, the AR lower receivers first printed in 2013, and consistently improved upon, is the main regulated component of AR-15 rifles in the US and available for print online.

The limitation of most released firearm designs almost always boiled down to the need to use some factory components to ensure successful operation. In 2016 the Shuty 9×19 semi-automatic pistol carbine required a factory Glock 17 barrel and AR fire control group for successful operation.

This meant that the stated goal of these firearms — to overcome and fully circumvent regulation — was, as of 2016, still a work in progress.

Fast forward to 2020 and the release of the FCG-9, a hybrid 3D-printed firearm which requires no regulated or factory components to manufacture, including build manual, video tutorials and online help forums.

From a technical perspective and for clarity, it’s technically a hybrid 3D-printed firearm in that some of the components are metal and require some minor technical work for incorporation into the design:

2. The firing pin and bolt — commonly available steel, the type you can pick up at almost any hardware store.

3. The fire control group — compatible with and obtainable from airsoft toy guns with plans to release printable versions.

4. The barrel — made from common hydraulic piping and at-home machined through a DIY electrochemical process (this sounds fancy, but is doable with no special technical skills,  in your kitchen sink).

Making the FCG-9 is easy. Almost all of the handiwork has been done by the team at Deterrence Dispensed. Designs and files for printing are available for download and only require you to print. The step-by-step manual and guide for manufacture and assembly covers in detail how to make the firing pin, barrel and any other components that may require some non-printing work, and if you still run into trouble, there are a host of online platforms and other successful builders ready to assist you.

Although there are some capital costs (mainly the printer and power supply for the barrel manufacture), most other tools are readily available. You probably own some or could borrow or rent them.  The printing can also be outsourced as there are countless shops and individuals who specialise in it. All that will be required is that you share the stl file (a 3D-printing file format) and specify a material for print.

The estimated unit cost to print is about R2 850 (including thermoplastic resin for the body, steel for bolt and barrel and springs/screws for assembly and operation). A full capital investment with the printer and power supply would be about R8 550.

In about two weeks one could, in theory, make a fully functioning, reliable semi-automatic firearm at a relatively low cost.

Compare this to commercially available firearms, which range in cost from between R5 000 and R13 000 and require a R2 200 competency and firearm licensing process, a safe at a minimum of R1 000 to store the weapon and a wait time of three to six months.

It becomes evidently clear that the economics and ease of access to own a gun favours home manufacture (ignoring legal implications, of course).

Ignoring the fact that there are plenty of “good” reasons to own a firearm, from self-defence, hunting, collection or engineering curiosity, how much longer will we wait before criminals and transnational criminal organisations realise that it’s a lot cheaper and easier to print locally than to transport firearms across borders, provinces and states?

At what point does it become easier for gangsters in the Cape Flats to manufacture their own firearms rather than go through the cumbersome and expensive process of bribing police officials at the SAPS Central Firearms Registry (CFR)? I refer here to investigations carried out by the late and honourable Lieutenant Colonel Charl Kinnear.

When will we start seeing disenfranchised job seekers turn to the manufacture and sale of firearms to cover the cost of living as so many have done in other industries (such as drugs, to name one)?

Will increasingly cumbersome regulation drive the average citizen to the home manufacturing route versus the lengthy licensing process currently available, especially in a state such as South Africa, which is plagued by high levels of violent crime?

I don’t know how firearms should be regulated in a world where they can be made in one’s kitchen without any technical knowledge, but it is quite clear that prohibition of legal firearm ownership will only encourage a move to home manufacture. There is evidence of 3D-printed firearms in Australia and a reasonable amount of evidence to suggest they’ve been made and tested in England, France and several other European countries that have archaic firearm legislation as well.

For the Americans in the 1920s, the prohibition of alcohol was a failed attempt, just as the prohibition of cigarettes in South Africa was during the Covid-19 lockdown. What happened instead was a burgeoning of alternate markets. The reality remains that the fundamental forces of supply and demand always triumph over the law.  We need to move beyond can-and-cannot-own models of regulation to making ownership work in a safe way. This could potentially act as a catalyst for improving trust between citizens, the police and other state institutions.

Regulating these firearms is impossible — it’s naive to think we can control the flow of information on the internet and even more absurd to assume that we can start to regulate basic building materials when we can barely control already regulated substances.

The facts speak for themselves — technology has pushed us into an era where the notion of gun control as we know it is dead.