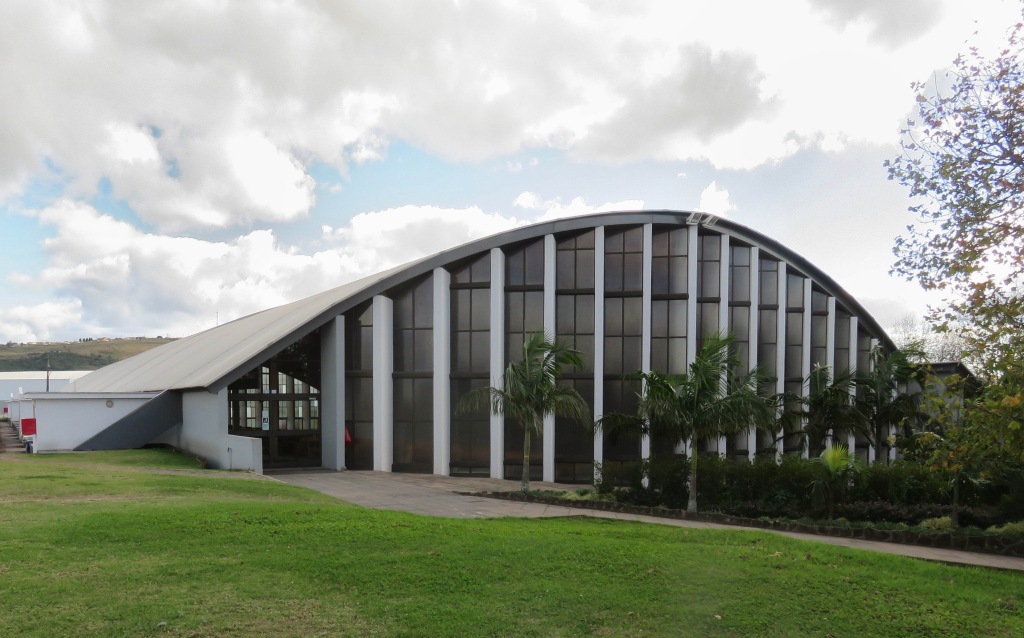 The language telling the KwaSizabantu story

Over the past two weeks, a deluge of severe allegations of abuse against KwaSizabantu, a Christian mission station in KwaZulu-Natal, has been published by News 24, following a seven-month long investigation.  As a linguist, one of my interests is in analysing the ways that emotive and evaluative words are used to position people and organisations in the news.

News24’s reporting on KwaSizabantu provides overwhelming examples of these evaluations, and one would have to have a heart of stone not to react emotionally to them. In this article, I grapple with the use of these emotive words, trying my best to listen to and understand both sides of this tragic situation.

News24 broke the story with an 80-minute documentary, Exodus.  The documentary contains harrowing allegations of abuse at the mission from various women and men. Following the documentary, a four-part podcast series and a mushrooming number of written articles have been released on the mission station.  Since there isn’t time or space to analyse everything, I have limited myself to an analysis of some general tendencies in these articles, including a more detailed analysis of one as an example.

The tendency that has caught my eye most often in News24’s KwaSizabantu reporting is the use of a list of “cover terms” for the allegations against KwaSizabantu in the headlines and first few paragraphs of the stories. Because of the journalistic convention that a story be summarised in the first paragraphs of an article, these paragraphs tend to distil actions into brief expressions that are extremely dense with meaning, and in this case, plenty of emotive meaning.

In the KwaSizabantu articles, this often leads to a condensed list of cover terms for allegations, such as this one, from the article, ‘I was 5 years old’: More allegations mount, but KwaSizabantu says virginity testing stopped in 2002, published on 28 September.

The story says: “News24 has been flooded with people sharing their own stories and memories of life at the 50-year-old mission station, which now finds itself in the centre of a storm of human rights abuses, impropriety, virginity testing, racism and patriarchy.”

One can observe that the word “allegations” is absent from this sentence, although it does appear in the preceding sentence.  Without the word, the sentence assumes that all these cover terms are immediately applicable to KwaSizabantu, without allowing room for alternative views.

This list is hyper-charged with negative meanings, with various linguistic devices used to strengthen their impact.

“Abuses” and “testing” are verbs (“to abuse”, “to test”) that have been changed into nouns, a process which packages up the meanings of repeated actions over time, all involving individual alleged perpetrators and victims, into one word. In the case of “abuses”, this is amplified by “human rights”, cherished principles which should never be violated.

Similarly, “impropriety” is an adjective (“improper”) converted into a noun, including any possible action that may be judged as being wrong in one way or another.

“Patriarchy” is a technical term that gains credibility from its use in academic discourse.

And the seriousness of allegations of racism is obvious to any fair-minded South African.

Most of the rest of the article consists of stories of abuse told by various women. One tells about the virginity testing she allegedly experienced at the mission’s school at the age of five. Another part of the article gives a response from KwaSizabantu: “The Zulu members of KwaSizabantu’s Domino Servite School parent body had ‘insisted on this cultural practice with their own children … at that time, about 85% of pupils at the school were Zulu and initially the mission did not feel it right to impose Western culture to abolish this tradition. After consultation with the parents, this practice was discontinued from 2002’.”

The virginity testing would definitely also qualify as an instance of “patriarchy”, while several of the allegations in the article could be labelled “impropriety”.

As for “racism”, the only reference to racial discrimination in the article is that “black children were forced to keep their hair short, supposedly not to distract men.”

In the KwaSizabantu reporting I have found only two other references to racism. One is a question in a letter to the editor that asks whether only black girls underwent virginity testing. This would be explained by the mission’s statement above that virginity testing was performed on Zulu girls at the request of Zulu members of the parent body.

The other is a quotation in a Deutsche Welle article by News24 editor Adriaan Basson: “When you speak to people that grew up there, white and black people, it very quickly becomes clear that at the mission there was also apartheid. There was also separation. The black kids stayed in very poor dormitories, whereas the white kids and their parents stayed in better accommodation, for example.”

In the Exodus documentary, white ex-members of the mission talk about living with their families in one-room rondawels, and one of them, Erika Bornman, says that her mother threatened that she would send her to live in the dormitories. The mission states that the school was racially integrated in the 1980s, “a good ten years ahead of the rest of South Africa”.

‘Cult’ is a four-letter word

There is one other cover term from other KwaSizabantu articles I must comment on. It is the word “cult”, which features many times, including in the subtitle of the Exodus documentary, “Uncovering a cult in KwaZulu-Natal”. The applicability of this label to KwaSizabantu is complicated, as are the rest of the issues raised by the allegations.

As an evangelical Christian, I find KwaSizabantu’s confession of faith, available on its website, thoroughly mainstream theologically, with no sign of deviant or exclusivist teachings.  KwaSizabantu has a record of inviting well-known outside preachers to speak at its services, which is also uncharacteristic of a cult.

Yet, 20 years ago, a panel of well-respected church leaders convened by The Evangelical Alliance of South Africa (TEASA) found: “The overwhelming evidence leads us to believe that KwaSizabantu is in danger of developing a cult-like behaviour, in seeing itself as an exclusive way, in seeking control over people by misusing authority, and manipulating people through confession and other questionable practices which has created an environment of unquestioning submission to the leadership.” This was said more by way of warning than as a final condemnation of the mission, as shown by this sentence: “However, in the grace of God this verdict is not final.” This report is worth reading in full for those seeking to understand the KwaSizabantu situation.

TEASA’s report says that the KwaSizabantu leadership did not take up repeated opportunities to give their side of the story to their panel in 2000. The leadership do respond clearly to the accusation that the mission is a cult in their submission to the independent review panel appointed to investigate the abuse allegations.

When it comes to News24’s current reporting, even articles on KwaSizabantu’s side of the story are often framed in ways that interpret them negatively. For example, one article starts: “In an about-turn on Thursday, KwaSizabantu Mission urged those who have levelled allegations of human rights abuses against them, to share their ‘grievances’ with an independent legal panel it has appointed ‘to ensure that their story is told and that justice may be served’.”

In canonical English word order, the subject, “KwaSizabantu Mission”, would go first, but instead, the sentence foregrounds the interpretation that their statement is an “about-turn”, implying inconsistencies in the mission’s response to the allegations. Because of the prominence of first paragraphs in news stories, this interpretation colours the entire article.

Now, with the independent review panel appointed by the mission and the Commission for the Promotion and Protection of the Rights of Cultural, Religious and Linguistic Communities hearings into the abuse allegations, the KwaSizabantu leadership is taking an opportunity to respond to the allegations against them. I recommend that everyone who has watched the Exodus documentary also read their full 26-page submission to the independent review panel, published on the homepage of KwaSizabantu’s website, to hear their perspective unmediated by any news outlet.

I have found this article the most difficult I have ever written. I have never been to KwaSizabantu, and so do not have first-hand experience of what has or has not happened there. In no way do I want to detract from the stories of survivors of abuse or add to their pain. No kind of abuse or gender-based violence can ever be condoned or excused.  The stories of those who allege abuse must be heard.

The more I have researched the KwaSizabantu allegations, however, the more I have become aware of how complex the situation is, with multiple cross-cutting cultural and social circumstances. KwaSizabantu says they have helped more than 18 500 people find freedom from drug and alcohol addiction over the past 10 years, free of charge. This work has been funded by their multibillion-rand businesses.  I feel their story should also be heard before we pass judgment.

More than anything, I pray that the recent hearings will bring truth to light, and justice, closure and healing to all involved in this heart-rending situation.