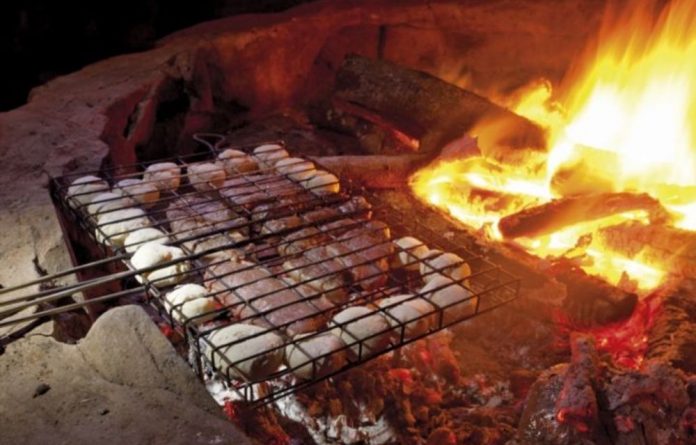 Connecting the dots around the braai

In case you have ever wondered why a day that is meant to celebrate our varied cultural heritage has been overpowered by boerewors and braai tongs, allow me to take you back to the year 2011.

During this period, I was the head of marketing and communication at the Pan South African Language Board (PanSALB) when I wrote my first editorial piece, which was critical of Heritage Day being referred to as “Braai4Heritage”.

Soon thereafter, I received a fiery email from a man named Jan Scannell. This person was not happy with my article because it dismissed his National Braai Day concept. He told me I was ruining his business.

I was not deterred, however. I also raised my concerns with our useless department of arts and culture. The less said about them the better.

I really had no idea who “Jan Braai” was and why he was dividing our nation so, until the lockdown period when I laid my hands on the book The Stellenbosch Mafia: Inside the Billionaire’s Club by Pieter du Toit.

In it, Du Toit explains that the term “Stellenbosch Mafia” has been part of the South African political and economic lexicon for more than a decade, and, although nobody seriously believes that the grouping exists formally it cannot be denied that there are networks and back channels among some of the Boland-based businessmen.

“The size and reach of the companies either founded or controlled by these businessmen from Stellenbosch are enormous. Between them, they have major direct stakes in no fewer than 16 of the JSE’s top 100 companies. This includes three among the top 10, seven among the top 30 and nine in the prestigious Top 40 Index,” Du Toit writes. All have their roots in, or strong ties with, the second oldest town in South Africa. Not only do many of these companies hold interests in one another, but many members also sit on one another’s boards, he says.

Du Toit continues to say that it is these close relationships that provide “conspiracy theorists with fodder” and that, “Despite the Stellenbosch elite’s denials of the existence of such a grouping of influential capitalists and financiers who have the capability to direct both governments and market forces, like the Randlords of old, suspicions abound and animosity remains.”

Thanks to this book we know that they gather at restaurants in town to exchange ideas and capital, strike property deals worth millions over chilled glasses of wine and jump on private jets for weekend golfing getaways at private and exclusive estates.

The concentric circles of these networks increasingly include the next generation too, with the progeny of many millionaires (and billionaires) leveraging off their wealthy fathers’ contacts as they build their own empires.

“Some of the offsprings’ projects succeed; others don’t. But there always seems to be enough capital and chutzpah, to tackle the next,” Du Toit says.

We read that the Millennium Trust funds National Braai Day. The trust which, according to the book, is “a billion rand or more strong” is a foundation run by Michiel le Roux, one of the founders of Capitec, and is managed from Stellenbosch. Le Roux, for those who do not know, is a big DA funder.

Shockingly, we are told that Jan, who is married to the daughter of a Steinhoff insider, “is paid to organise braais and social media campaigns that usurp Heritage Day in favour of Braai Day”.

As Rebecca Davis wrote for Daily Maverick: “That may seem trivial, but from another angle it’s a pretty significant flexing of muscle to shape national culture. The so-called Stellenbosch Mafia members may complain about the Bell Pottinger campaign which brought the mafia narrative to the forefront, but initiatives like Braai Day can be seen as a not totally dissimilar form of influence-peddling.”

Scannell’s initiative has enticed the National Heritage Council (NHC) to endorse it and has Archbishop Emeritus Desmond Tutu as its patron. It should come as no surprise that today, the concept is supported by retailers such as Shoprite/Checkers, Pick n Pay and Massmart.

I am connecting the dots.

History tells us that using braais for celebration is not new. After all, the National Party seemed to enjoy them after they murdered unarmed black people who were fighting for freedom. Vlakplaas and its founder Dirk Coetzee, in particular, come to mind.

“As the sun set over the Eastern Transvaal bushveld, two fires were lit, one to burn the bodies to ashes, the other for the security policemen to sit around, drinking and grilling meat,” Jacques Pauw writes in his book Into the Heart of Darkness – Confessions of Apartheid’s Assassins

For some in our country, therefore, braais do not conjure illusions of unity. They are also but one aspect of our diverse cultures and heritage.

In an address marking Heritage Day in 1996, former president Nelson Mandela stated:  “When our first democratically-elected government decided to make Heritage Day one of our national days, we did so because we knew that our rich and varied cultural heritage has a profound power to help build our new nation.”

Our identity is not just based on current events but is derived from and dependent upon the cumulative force of all the things that our various ancestors have done on the cultural front; there are different foods, dances, rituals, dress, literature and music that contribute to our present identity. South Africa has 11 official languages to ensure that identities are not lost.

As a nation we should not underestimate the role heritage and culture play in our development.

It is, therefore, sad that our commemoration seems to have lost its true meaning and has become synonymous with partying, drunkenness, violence or commercialism. As a nation that has a capacity for profound and abstract thinking, clearly we are not demonstrating this ability because we have allowed ourselves to be used by individuals who are cashing in on our most valued asset, our heritage.