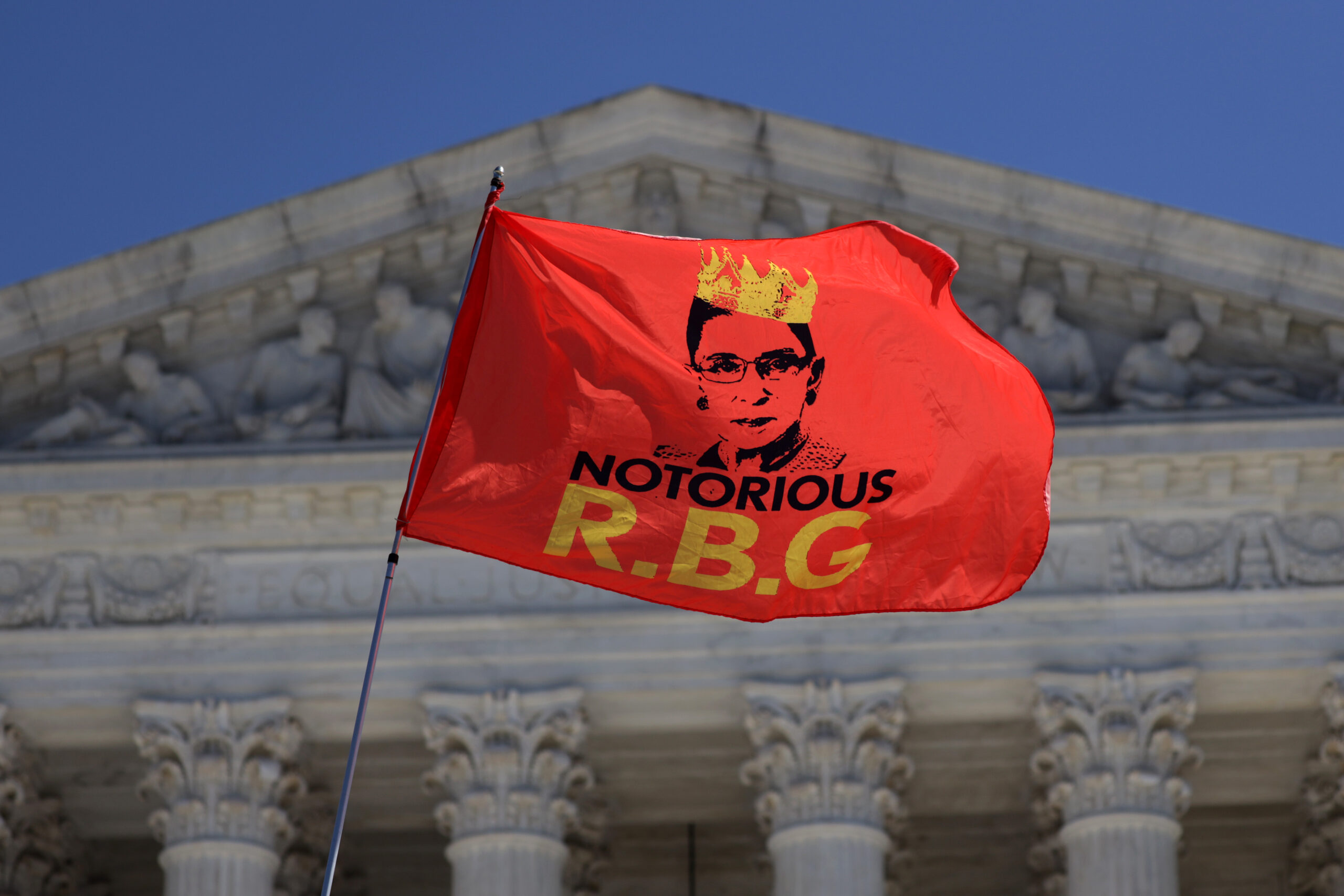 Ruth Bader Ginsburg died on Friday September 18 after a long, courageous battle with pancreatic cancer. Ginsburg, only the second woman to sit on the United States Supreme Court, had traveled a long path to become a perhaps unlikely liberal hero and feminist icon, and the outpouring of grief in the hours and days since her passing reveals that the loss is great. And given the hopelessly fractured state of US politics these days, the consequences of her passing could well be unimaginably grim for civil rights, political freedom and democratic norms. Ginsburg was a tiny woman capable of buttressing a nation’s liberal foundation.

When Ginsburg graduated from law school, she quickly realised that she had three strikes against her. She was a woman in a sexist society and even more sexist legal profession. She was Jewish in an anti-Semitic country that could simultaneously uphold the stereotype of the Jewish lawyer while also excluding that lawyer from the white-shoe law firms. And she was a mother in a profession that took working excessive hours as a sign of virility and assumed that maternal needs would take away from the all-important world of billable hours.

Ginsburg, who graduated joint first in her class at Columbia University Law School, first went into academia, becoming a law professor at Rutgers and then her alma mater, Columbia. She went on to co-found the Women’s Rights Project for the American Civil Liberties Union (ACLU), becoming its general counsel, and her successes advocating for justice for women and other Americans led to then president Jimmy Carter appointing her to the US court of appeals.

Fine obituaries of Ginsburg are ubiquitous, so there is no need to further recount her step-by-step path from thrice-scorned lady lawyer to beloved Supreme Court associate justice, save to say that it was fraught. But it also created a ferocious fighter who used her intellect to defend and protect the downtrodden, to advocate for the weak and, in particular, to help women to secure their rightful place in US society, a shameful cause to have to fight for in the second half of the so-called American Century. By the time then president Bill Clinton nominated Ginsburg for the Supreme Court in 1993 she had long since made a mockery of the reasons she struggled to find employment to begin with.

Ginsburg inspired memes and bobbleheads, Halloween costumes and musicals, T-shirts and a children’s colouring book. The frilly neck jabots she regularly wore came to embody her like an avatar. Her brilliant, sometimes acid, always clear-eyed opinions and dissents became the stuff of legend. Her struggles with cancer played out like a Shakespearean tragedy, with millions of Americans coming to believe that all that stood between democracy and tyranny was Ginsburg’s white-blood-cell count.

Thus, even before most of us could absorb the news of Ginsburg’s passing — an event that should have been a solemn and sad state of affairs that inspired reflection and mourning — millions of Americans engaged in cold political calculus. What does her death mean to the court? Will US President Donald Trump be able to get a nominee proposed? Will Republican and Senate majority leader Mitch McConnell, who made up a rule in 2016 when then president Barack Obama found himself with a Supreme Court opening that election years were no time to fill Supreme Court vacancies, reveal that his hypocrisy has no bounds? Will there be enough Republican senators willing to push back against McConnell’s brazen chicanery? Is there anything Democrats can do to prevent a Republican driving maul toward confirmation?

The sometimes-byzantine US political system actually has a reasonably clear process for appointing Supreme Court Justices. When a vacancy to the Supreme Court occurs, a president will deliberate among a number of their chosen potential candidates, a process that oftentimes takes weeks. The Senate will then take up the nomination and under the principle of “advise and consent” (one of those phrases in the US Constitution whose elasticity is both its virtue and its vice) will run the nominee through the Senate judiciary committee and then take it to the full Senate for a vote. That process has always taken weeks, or even months.

It is that process that Republicans, and especially McConnell, denied Obama and his nominee Merrick Garland in 2016. And it is this process that it seems Trump and McConnell will fast-track to try to get a far-right-wing nominee passed before the November 3 elections, and failing that, by inauguration day on January 20. If carnival barker-in-chief Trump manages to win or steal or otherwise commandeer the election in November, all of this will be a moot point, as he will certainly get his nominee through. But if he loses, the United States may face a Constitutional crisis unmatched since the 1860s. The result of that Constitutional crisis was the bloodiest war in the nation’s history and one whose legacy hangs over the country like a shroud.

The American political hellscape right now is real. We have an incompetent, splenetic, authoritarian grifter as president and a Republican congressional leadership utterly in thrall to power. We live in a country in which, for the president’s supporters, the cruelty toward the weak and the poor, minorities and immigrants, is not an ancillary effect. It is the point. We have a country ravaged by Covid-19 and exacerbated by truculent and aggressively ignorant leadership.

These are all issues against which Ruth Bader Ginsburg fought. She sometimes won. She sometimes lost. But she always did so with a dignity that contrasts especially starkly with Trump and Trumpism. After all, one of her great friends and sparring partners was Antonin Scalia, the brilliant conservative lion of the Supreme Court who served from 1986 to his death in 2016. Ginsburg admired and respected but disagreed with principled conservatism. She loathed conservatism with no principles.

It might be unseemly to engage in these sorts of political machinations, in this sort of political analysis, so soon after Ginsburg’s death in a piece intended to honour her life and legacy. But Ginsburg knew the consequences of that life and she certainly understood the consequences of her death. Her last wish was for her country: that Trump not have the ability to replace her on the Supreme Court. In the end, this wonderful, heroic, and consequential woman, Jew, mother, lawyer and Supreme Court justice for the ages persisted. May we all do the same.