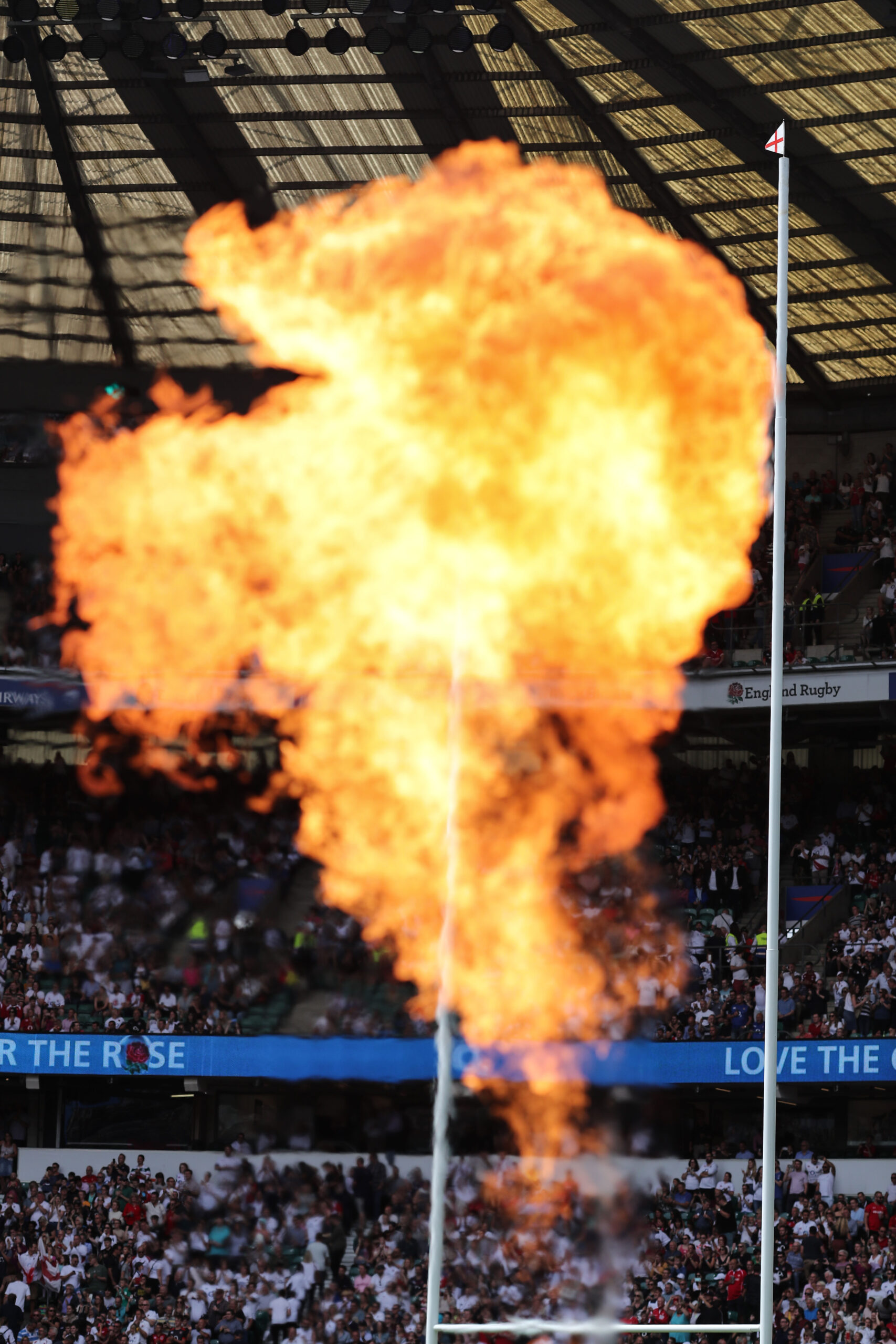 The upcoming release of Chasing the Sun, a five-part series on the Springboks’ road to glory at the 2019 World Cup in Japan got me thinking back to when, a few days before the Springboks/England third test match at the Nelson Mandela Bay Stadium in 2012, I chaperoned a handful of Bath Rugby and English players to Emsengeni Primary School in the dusty Zwide township.

Current Springbok captain, Siyamthanda Kolisi had started his elementary education at Emsengeni and played rugby under the tutelage of coach and teacher Eric Songwiqi before the affluent Grey High School snatched him up for his talent.

At the time, Kolisi had graduated as a Baby Bok and was a trainee Bok. He watched the Test in his tracksuit and waited eagerly for his day, which happened exactly a year later, on August 15 2013, against Scotland in Nelspruit.

As the Eastern Province Rugby Union’s spokesperson at the time, I was asked by SOS Kit Aid for my comment. I was proud, ecstatic in fact, to be a catalyst in the making of more “Gqwashus”, as we affectionately address Kolisi in Zwide.

I gushed: “Guys, I don’t have words to explain it, but what you have brought here is amazingly great. I am telling you, some of the kids here will make it to professional rugby!

“What I also love about it, you have brought smiles to the faces of these kids — it’s not only boys you can see, also girls playing in this school. South Africa is one of the best countries for playing female rugby in the world.

“This gesture to us means a lot — it is a great, great, great thing that has to come to us.”

In December 2015, I was back in Nelson Mandela Bay, this time as a pesky journalist investigating internal strife at EP Rugby. Management and the amateur clubs affiliated to it were at loggerheads. There were myriad issues that the more than 100 clubs were not happy about.

For many years EP Rugby, under the leadership of president Cheeky Watson, could not secure sponsorship; for months its professionals played without salaries. This resulted in the resignation of their coach, Carlos Spencer and the haemorrhage of black players to well-off unions — where they hardly get game time.

There were claims of financial mismanagement and the controversial signing of eight white players, compared to one black player in the Southern Kings franchise for the 2016 Super Rugby season.

The home of black rugby

I interviewed Bantwini Matika, chair of Rugby Transformation Coalition, a national lobby group, at Dan Qeqe Stadium —  the bedrock of black rugby where Kolisi, Akhona Ndungane, Solomzi Tyibilika and Thando Manana and many others, plied their skills before they turned professional.

The passionate Matika told me EP Rugby was faced with a crisis of “unprecedented proportions”, hence the clubs he led demanded accountability and change of management in the provincial structure.

“We are in a serious crisis in the Eastern Cape. This is the home of black rugby. The only reason we got the Super Rugby franchise was solely because Saru (South African Rugby Union) wanted to create a platform for black players to showcase their talent to the world and for Springbok selection.”

Matika further lamented the lack of financial accountability, lack of sponsorship and poor administration that ran for years and as a result hindered progress in the province.

“If we do not have ethical and decisive leadership, if we don’t have proper resources to create an enabling environment for our young people to prosper, we are doomed to fail. Hence you see them running to other unions at a young age. The rot is within the administration,” Matika summed up his case.

Subsequently, Matika and the clubs got their wish when the well-connected Watson was voted out in 2017and was replaced by Andre Rademan. Matika was voted in as the deputy president, and the former Springbok flanker Thando Manana became the team manager.

Incidentally, Manana, the third black Bok post 1992 unification has written about his experiences in Being a Black Springbok and was also a well-known member of the hard-hitting Room Dividers on Robert Marawa’s radio show.

Change of leadership changed nothing

Did the problems of maladministration at EP Rugby vanish along with the mastermind Watson,who was later charged with fraud and money laundering related to the city’s Integrated Public Transport?

The new administration, elected by the disgruntled clubs, lured what turned out to be a short-lived acquisition by the ambitiously named Greatest Rugby Company in the Whole Wide World (GRC).

In March 2019, GRC announced the 74% take-over, believed to be at the cost of R45-million, from the South African Rugby Union (Saru). But in June this year, Saru severed ties with GRC after the company failed to meet its financial commitments.

Saru president Mark Alexander said: “It is our last resort and we are keen to explore ways to return the shareholding to another’s hands, in conjunction with the EPRU [Eastern Province Rugby Union], the minority shareholder, who have given the required approval to the decision … The next step is to appoint a new board to oversee the franchise’s affairs and ensure the team is match-ready for when we are able to resume playing.”

But, do I feel sorry for GRC? Hell no! Their chairperson Loyiso Dotwana, undermined black coaches, including Peter de Villiers, when he scouted for a candidate overseas.

Currently, EP Rugby is R100-million in the red, and have lost their only Isuzu three-year sponsor of R30-million. How they will pay back the R10-million advance for 2021 that Isuzu is demanding, is everyone’s guess. It is also unthinkable any sponsor would come up after Isuzu allegedly said its decision was made on the grounds of reputational damage to the brand.

Just before the Covid-19 pandemic locked us down, Matika and two other officials were no longer reporting at EP Rugby headquarters at Imatu House.

Rademan served them with suspension because of fraud allegations. Matika, vice-president Eldridge Februarie and consultant John Scheepers, have all since resigned from their positions without saying much.

It is difficult to say what happened to the Transformation Rugby Coalition, which was born in Soweto of all places, in 2012. But the legitimacy of such a lobby group cannot be faulted.

Along with the political formation Agency for New Agenda, it took Saru to task when the rugby federation reneged on its commitment to 50% black Springbok representation by 2015 at the Rugby World Cup in England. This was extended to 2019 (in Japan).

Fellow rugby writer, Liz McGregor, dismissed the Saru’s 2019 commitment as a chimera, but Saru’s then general manager in strategic performance, Mervin Green, kept up the ruse: “Grassroots development will always be a key strategic imperative of Saru. The current strategic transformation plan emphasises the importance of this transformation dimension. We are actively involved in all unions to ensure we provide access to the game and particularly focusing on schools where there was no rugby before,” he said.

But, when the Eastern Province Craven Week under-18 team was presented, just before we went to the World Cup in Japan, there was not a single grassroots school among them.

Thanks to Covid-19, we did not have to witness the same embarrassment this year.

World Cup 2019 happened and yet there was no 50% black representation in sight, not unless Kolisi’s ceremonial captaincy accounted for 25% black at the tournament?

As the nation has come to learn, Kolisi has a beautiful heart. He did not lose his temper when he was yanked out for no legitimate reason but to give the World Cup journeyman Francois Louw a grand swansong at his expense (against New Zealand, Kolisi played 50 minutes, the semi-final 73 minutes and he watched the last minutes of the final from the bench).

Kolisi is probably the first captain not to finish his 50th Test match and the final of the World Cup. The country failed to exorcise the white ghost that has been haunting the Bok camp for decades. We were too caught up in the euphoria, however, to notice.

In my acerbic opinion, which you can ignore if you prefer ignorance, it looks like coach Rassie Erasmus and the Stellenbosch advisers and loaded funders outsmarted the rest of the country. They gave us captain Kolisi, and the whole noise about transformation died out.

The winning of the 2019 Webb Ellis Trophy legitimised Erasmus, now director of rugby — a rugby god in South Africa — and his anointing of the lesser-known Jacques Nienaber as his successor without following the necessary employment process.

I will try and avoid what is currently happening at Cricket South Africa with #BlackLivesMatter, and the whole can of worms that has opened as well as the journalists who are suddenly keen to jump on the bandwagon. They knew what was happening in the federation but protected their free lunch and accreditation.

Fellow sports writers and fanatics seem to have taken a cushy position when dealing with transformation and the appointment of Nienaber and cricket’s Mark Boucher (overlooking the deserving Enoch Nkwe) by their old friends. This is not the time to walk on eggshells, and nepotism is not a term reserved for black people.

Methinks it took Lungi Ngindi’s courageous initiative to put Cricket South Africa under the spotlight, and now questions about Graeme Smith appointing his clique member Boucher (Herschelle Gibbs will agree) have started to come from the media.

“Chasing the Sun is no ordinary story, it is one about changing fortunes and changing mindsets, about pressure and hope, about recognising the power of inspiration and learning what representation truly means,” is how the docuseries is advertised.

It seems to me, however, that in the Springbok camp white privilege will continue unabated as long as the victims of racism willingly cover up for the “Bomb Squad” because they either suffer Stockholm Syndrome or an inferiority complex.

Thinking back to my statement to SOS Kit Aid, I was pretty naïve to daydream that those Nelson Mandela Bay kids stood a chance to eke out a living from what they love – rugby.

These days Dan Qeqe is a shadow of its old former self –  no sport is taking place there. It is the mecca for nyaope boys and has long ceased to be a home to those aspiring to be the next Gqwashu. I am told there is an ugly squabble over the stadium’s ownership at the expense of unearthing new talent.

It makes me wonder: will the black dream be deferred forever?