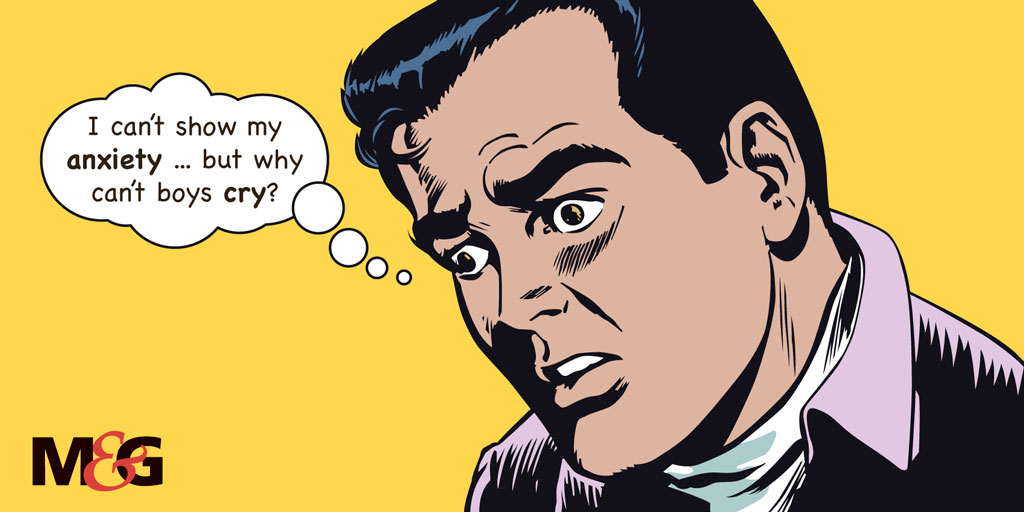 Surviving the age of anxiety

By John Davenport on 9 September 2020

And no, I’m not referring to the fact that even though it is now officially spring, it’s still so cold that I’m currently wearing two pairs of Adidas tracksuit pants, three pairs of socks and a Royal Navy surplus duffle coat that I bought at a Simonstown second-hand shop.

Or the fact that several of my friends are facing economic disaster thanks, not to Covid-19, but the measures we have taken to fight it.

Or the fact that I (like all sensible people) have started collecting spare buttons because when the economic apocalypse hits, they are likely to be the only hard currency with which to buy ammunition and flea collars for the children.

What I am referring to is the fact that, for the first time since our 21-day lockdown started 150 or so days ago, I am not feeling anxious.

I admit it is possible that this has something to do with the three gin and tonics I just consumed but, for the following reasons, I think this is unlikely:

1) It is a really rather awful gin with a strangely acidic aftertaste, and an unusually low alcohol content, that I bought for about a thousand bucks during lockdown; and

2) I have been drinking steadily for the past six months and have never experienced this feeling.

Anyway, enough about that unlovable gin (that also gives me heartburn and smells slightly of camphor cream) and more about my present calm.

I have diligently spent almost every second of the past six months feeling very, very anxious indeed. Granted, I spent much of the six months before Covid hit feeling anxious, because it is one of my favourite hobbies (next to watching Southampton lose football matches and mocking people who drive twin-cabs with stickers and lights indicating that they are part of a secret special forces unit). But this has been a bit different.

I have had an epiphany of sorts.

Like much of the sentient human population, I have found the period since lockdown a nerve-wracking one.

There has been so much to worry about. The health of older relatives. The health of the economy. The mental health of … er… everyone. The fact that we seem to be living in a not particularly well-scripted disaster movie starring an orange man wearing a wig.

A feeling like a physical weight is constricting my rib cage. Until now (for various reasons) I didn’t know what it felt like to have a fat man sitting on one’s chest. Tick.

It was particularly bad.

After a brief conversation with a particularly bankrupt friend, I realised something: we are all a bit screwed. Things will not ever be quite the same. And that there really isn’t much we can do about any of this.

If I’m honest, I think that I have spent much of the past six months relentlessly trying to plan a way out of this mess for myself and those whom I care about.

But, the reality is that there’s a fine line between planning for the worst and being in a clinically debilitating state of anxiety. A line it has been very easy to cross of late.

When we try to plan the un-plannable, our minds can veer into angst. Around and around they spin, trying to control things that can’t be. Endlessly we bash our tiny fists on the cold, unyielding reality of events. Our minds, so good at coming up with solutions for so many problems (inventing fire, finding the car keys or creating new and interesting sandwiches) are unable to cope when they can’t.

Millennia of evolution has made us really good at simple problem-solving, but less good at acceptance.

A course in cognitive behavioural therapy that I did before the crisis because I was so stressed, taught that anxiety (like many of the emotions that we think of as negative, such as anger or sadness) has a valuable place in the world. These emotions perform specific functions. In the case of anxiety, it helps us plan and prepare for things. Such as studying for an exam or saving for retirement.

But when an emotion gets out of control, when it is disproportionate,  bad things happen.

Although it is important that we plan, that we prepare, that we anticipate all possibilities, there is absolutely no way that we can plan our way out of this current crisis. We have to accept that, sadly, it is what it is. And that while things are probably going to be okay, we can’t be exactly sure how it is all going to play out.

Only when we accept this, can the beast that is anxiety be sent back to his dark cave for a bit. Only then can we see the sky and, maybe, feel alive again for a while.

That said, I’m fairly sure that tomorrow morning I will awake, stricken with worry again. But when I do, I will remind myself of my moment of enlightenment.