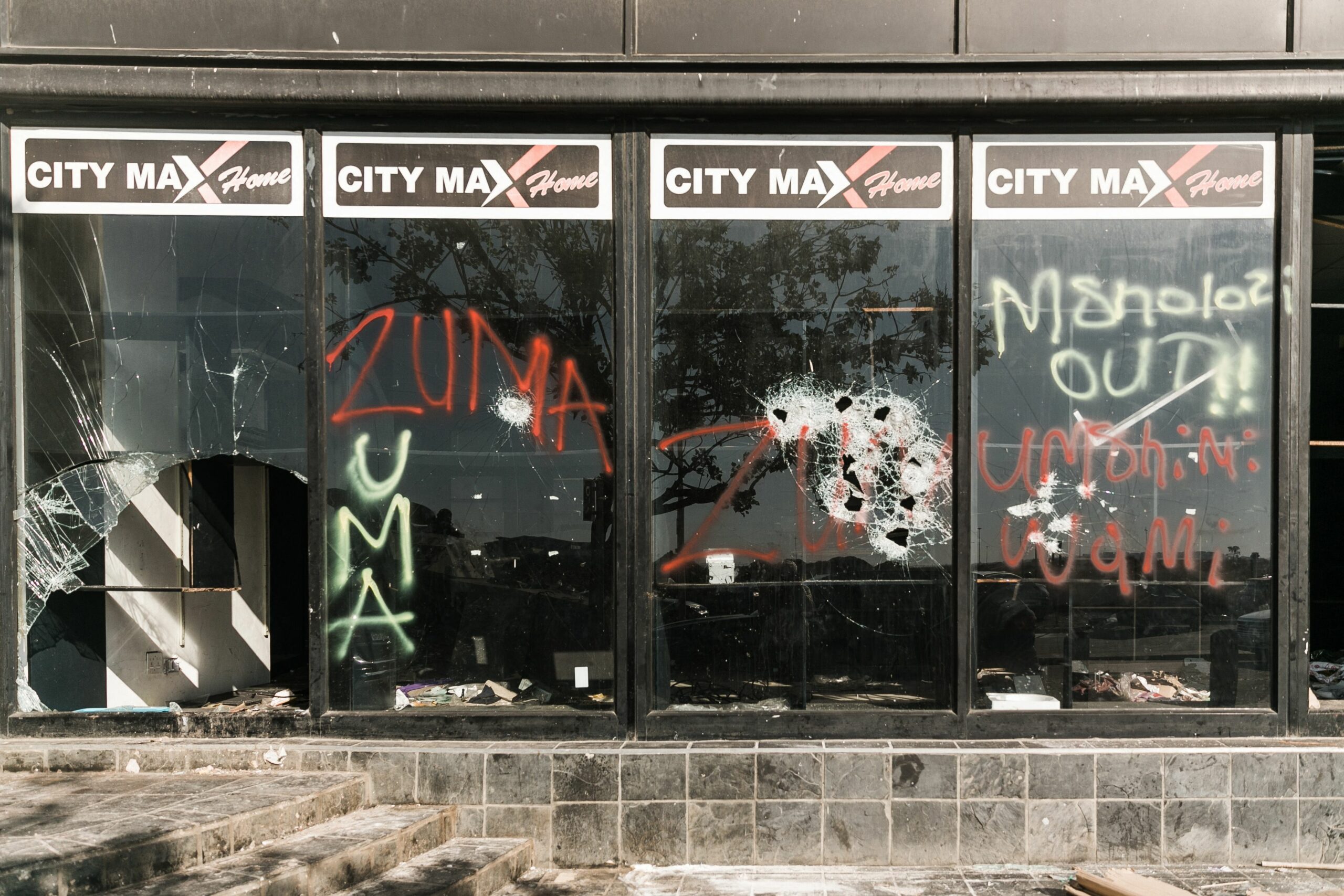 A dystopia awaits unless we act with a sense of urgency

As the psychologist and economist Daniel Kahneman once said: “Our comforting conviction that the world makes sense rests on a secure foundation: our almost unlimited ability to ignore our ignorance.”

The events of the past month in South Africa and the world at large have shown us the danger that lies in assuming our current perceptions of the world confirm reality.

Covid-19 and a host of  social, economic and ecological injustices are the new norm.

However, many seemed unaware of the dangers the brewing storm posed.

Ignorance is a silent killer. It blurs your vision and, like Eskom’s load-shedding, completely blacks out what lies beyond your white picket fence. Our delusion is rooted in the notion  that someone else always knows better and that, hopefully, that person is the one running the country.

In the past year, many analysts, scientists and activists have raised the alarm that the Covid-19 pandemic could be a dress-rehearsal for greater poverty, mental health and societal breakdowns, and climate change pandemics yet to come. A bleak future that might undo the years of development made across the globe.

However, those warnings fell on deaf ears.

Recent floods, fires, droughts and protests for political, social and economic emancipation have flipped the world upside down.

Every day we witness a different country faced with the question of whether they will ever be able to bounce back? Whether they are resilient enough to withstand the shocks while maintaining the developmental trajectories they were on. Sadly, if governments had paid close attention to scientific warnings, calls for a fairer economy and the cries of civilians during the past few years, they might have created buffers for such times.

I am not one to believe in prophecies, but when President Cyril Ramaphosa used the analogy of the life cycle of fynbos in his 2021 State of the Nation speech, he was perhaps talking about a time which was knocking at our doorsteps.

“At least once every 20 years, fynbos must burn at extremely high temperatures to allow the ecosystem to be rejuvenated and grow afresh. Throughout the summer, the burned foliage lies desolate. But when the autumn rains return, the seeds germinate, and its life cycle begins all over again. The mountains bloom with new life as plants which once seemed lost grow back even stronger than before.”

The president was optimistic to assume that after the fires South Africa would build back better. However, in the past month or so, we have watched South Africa, Eswatini, Haiti, Germany, Belgium, Canada and many others go up in flames, or under water.

The sad part about these events is that, prior to them occurring, we watched our world leaders gather for yet another round of theatrical performances that did little to convince people that they are serious about the climate crisis.

In April and June 2021, they met for the World Earth Day and G7 summits. Many rehearsed acts were played out. Long speeches were shared. And praises of the past year’s successes were sung.

Once again, we watched as our leaders made empty promises in the spirit of commemoration and solidarity. Sadly, it seems like those solutions were not designed as means to end our current crises.

Rather, once again our leaders prioritised economic developments over social and ecological justice.

Each year, millions are spent on international gatherings, but there is little evidence of meaningful change.

In South Africa, each day we witness inequality in the disproportionate distribution of land, clean water, energy and safe housing.

It makes me wonder what the fate of the Road to the Conference of Parties (COP26) will be this year, which is set to take place in Glasgow from 31 October to 12 November. It was postponed last year because of the pandemic, which also allowed countries to have greater and more realistic nationally determined contributions. These contributions embody efforts by each country to reduce emissions and adapt to the impacts of climate change.

One would assume that by now, as one of the signatories to the Paris Agreement on climate change, South Africa, would have its climate change bill of 2018 passed. The presidential commission on climate change would have been diversified to include more civil society organisations and young people. The country’s nationally determined contributions would have accelerated the just green transition. And we would have seen progress in the land debate.

However, all we have noted in the conversations Environment Minister Barbara Creecy had with Newzroom’s Cathy Mohlahlana and at the launch of the updated nationally determined contributions is that the country still has a long way to go.

Even though South Africa is one of the continent’s worst polluters, it still falls below its carbon emissions targets. And because we do not have a law which outlaws coal mining, the government still needs to consider the applications of coal production companies.

Then, after Glasgow, we will return to normal. The voices of the youth will be pushed back into the silos they came from. The faces of the most vulnerable will be removed from posters and websites, and it will be business as usual.

That future is unsettling, but it reflects our patterns of the past.

But now is the time to stop ignoring our ignorance.

We can no longer have high-level dialogues that do not lead to tangible change. We can no longer witness our leaders flying to countries all over the world to discuss our future, while youth unemployment stands at 74% and almost 50% of people live below the poverty line.We need to start seeing mitigation and adaptation policies that serve the people, or the whole of South Africa will witness the events of the “Zuma lootings” every day. And by then, they will be coupled with environmental payback.